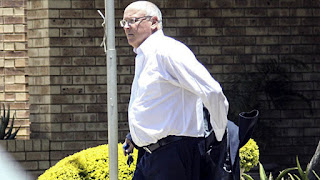 
In 2013 a pensioner committed suicide by shooting himself in the heart outside the offices of failed property scheme Sharemax, starkly illustrating the human toll Sharemax’s collapse had on some 33 000 people. Their supposed rescue came in the form of Nova Property and its plan to recover much more of their money gradually than they would see if Sharemax was simply liquidated. Nova, though, was not a paragon of transparency. For three years it fiercely fought a request for supposedly public information from specialist financial website Moneyweb.

This week, after finally getting access to the information through a Supreme Court of Appeal order, Moneyweb published details showing how Nova directors manoeuvred themselves into a R1‑billion profit on paper, at the expense of the original Sharemax shareholders. Moneyweb and the Mail & Guardian approached former journalist Julius Cobbett, who doggedly pursued the Nova story for years for his analysis.

It was supposed to be a rescue. Instead it appears to have been a self-enrichment scheme that landed four individuals — including two who were partly responsible for the need for a rescue in the first place — some R1‑billion, at the expense of 33 000 individuals, many of them pensioners.

Such is the distasteful situation at Nova Property Group, a public company that now owns a large portfolio of commercial properties that were originally sold to investors by Sharemax, a failed property syndication promoter.

In return for supposedly coming to the rescue of the original Sharemax investors, four Nova directors — Connie Myburgh, Dominique Haese, Rudi Badenhorst and Dirk Koekemoer — paid themselves R66‑million in salaries and bonuses over the past four years.

But this pales in comparison with the potential value of shares they awarded themselves in Nova. A three-year court battle to access Nova’s shareholder register has finally revealed that these four directors own 87% of Nova in equal portions.

The latest financial statements show that Nova has a property portfolio valued at R3.9‑billion and a net asset value of R1.2‑billion. This means the four directors own shares worth, on paper, more than R1‑billion.

Nova chief executive Haese and her codirectors paid almost nothing for this enormous stake in Nova. The shares were in effect given to them for free.

To add insult to injury, two of the Nova directors who have benefited in this way were intimately involved with Sharemax before it imploded. Haese in particular played a pivotal role at Sharemax; she was appointed a director there in late 2006, was its financial director and, later, acting managing director until it entered business rescue. Koekemoer was Sharemax’s director of property management. He was appointed a director in November 2008.

When I petitioned Nova to view its shareholder registers back in 2013, I expected to discover self-enrichment. What I did not expect was the scale. Nor did I expect a three-year legal battle that led all the way to the Constitutional Court, before access to the registers was finally ordered.

While Moneyweb ran up legal bills to gain access to information that by law any member of the public may request for any reason, Nova’s directors paid the legal fees to defend that request out of company coffers, from money that should by rights have gone to repaying Sharemax investors.

For her part, Haese denies ever keeping the shareholder details secret — except from Moneyweb, which she accuses of having an underhand agenda.

That claim is remarkable, considering how surprised just about everybody was when the details emerged this week, including the likes of economist Dawie Roodt, who was involved in the Sharemax rescue before he fell out with Haese and Myburgh.

Haese also makes much of the fact that R167‑million has been paid to debenture holders — R86.6‑million in the form of interest and R80‑million in return of capital. But this is just a small fraction of Nova’s outstanding debt to these former Sharemax investors, which totals R2.5‑billion. If Nova continues to return capital at the same rate it has done in the past four years, it would take 125 years to repay its debt.

Foxes gain control of hen house
When Sharemax collapsed, investors were faced with the prospect of having their companies liquidated. They were prepared to vote in favour of just about any other alternative. Brokers also had a strong incentive to advise clients to vote in favour of a rescue scheme — any rescue scheme. To liquidate would be to accept that the investment they had recommended was a failure.

Myburgh and his codirectors took full advantage of this situation, knowing that a vote against such a proposal would be unlikely.

Myburgh crafted the scheme at considerable expense (in just one week he billed 102 hours at R3 000 an hour). It gave investors two options: accept shares in Nova, or debentures issued by a Nova subsidiary. Unsurprisingly, most investors chose the seemingly less risky debentures, which offered the prospect of some income and an enforceable claim against Nova.

Only about 2 000 of the 33 000 investors elected to receive shares. In the process, they surrendered Sharemax-promoted debentures worth R94.7‑million — which means they “paid” about 98c a share.

Another 2.2‑billion “B” shares were issued for free to the seven founding shareholders, which includes the four Nova directors. This was done in accordance with a single paragraph tucked away below a formula in appendix ARR8 of Myburgh’s 250-page rescue scheme document.

The paragraph states that the founding shareholders would receive all the Nova shares that were available to the 31 000 investors who decided not to exercise the option to swap their debentures for shares.

Since only 2 000 investors chose the share option and received 4.3% of Nova’s shares, the founding shareholders pocketed the balance of 95.7% without paying a cent.

Investors screwed, twice
Sharemax was started in 1999 by Willie Botha, a businessperson with a shady past involvement in the failed Oude Molen property syndication scheme. Sharemax sold its first property to investors for R9.7‑million. Over the next decade it would sell properties of ever-increasing value. It collapsed while raising funds for The Villa, an enormous, incomplete shopping centre east of Pretoria that had an estimated syndication value of R3.5‑billion. In total, investors poured R4.6‑billion into Sharemax-promoted syndications.

The concept of selling portions of properties to investors is a simple one. It ought to be a relatively low-risk investment. It is a concept that underpins some of the largest JSE-listed property companies such as Growthpoint, Redefine and Hyprop.

But right from the beginning there were warning signs that Sharemax’s business model was neither low risk nor investor friendly.

The scheme caught the eye of South Africa’s most celebrated financial journalist, Deon Basson. Basson, six-time Sanlam Financial Journalist of the Year, published many articles that were critical of Sharemax. For his efforts, he was sued in his personal capacity by Sharemax for alleged defamation. The case never reached court; Basson died of a heart attack on September 13 2008. He was 53.

It may be a stretch to blame Basson’s untimely death on the actions of Sharemax’s directors. But they certainly made his life miserable in its final years.

Basson had two main concerns about Sharemax’s investment model. First, the costs were unusually high. For every R100 invested in any Sharemax-promoted scheme, a minimum of R15 went to costs and commissions. The lion’s share of these exorbitant costs went to financial advisers — salespeople who were either too unqualified or greedy (or both) to dismiss the investment as inappropriate for their clients.

Basson’s second concern was more serious. Unlike conventional property investments, the Sharemax-promoted syndications didn’t simply pay net rental income to investors. It seduced them with an income that was higher than the rental the underlying property was able to produce. Just how Sharemax offered this tantalising return remains a secret.

But the most obvious answer is that money from investors in newer, ever-larger syndications was used to subsidise investors in older ones. Such a structure would be a classic Ponzi scheme — an opinion held by Financial Advisory and Intermediary Services (Fais) ombud Noluntu Bam, who has ordered several Sharemax brokers to refund their clients.

In any event, the entire Sharemax structure collapsed, beginning with the drying up of cash at its Villa development in September 2010.

The investors’ pain was felt as soon as Sharemax-promoted syndications stopped paying unsustainable high income that had been promised to investors. At least one of the 31 000 investors paid the ultimate price. In 2013, Villa investor Bohuslav Kautsky (67) committed suicide outside Sharemax’s offices in Waterkloof Heights, Pretoria. Kautsky’s daughter told Moneyweb that he wanted the directors to know the devastation they had caused.

What happens now?
Many investors have asked what happens now. It is encouraging that Nova’s auditors, BDO, have announced an “extensive investigation” into Nova’s affairs. Despite this, I expect the Sharemax saga to end in the same way as countless other dubious schemes have: with investors losing everything and zero serious consequences for the perpetrators.

Consider the words of Bam, who wrote in a 2013 determination against a Sharemax broker: “Let us look at the damning facts; in recent times South Africans have lost billions to failed investment schemes. In the Leaderguard scandal, involving forex investments, a staggering amount of about R380‑million was lost. In the Blue Zone property syndication, investors lost R450‑million … [and] an amount of about R300‑million was lost in the Blue Pointer scheme, and so the list continues. Incidentally, none of the perpetrators have been prosecuted, notwithstanding that this office reported some of these cases to the national director of public prosecutions.”

Nova declines to respond
Nova Property Group declined to answer specific questions or comment on this article more broadly. Instead it sent the letter below, which is reproduced in full. In the radio interview she refers to below, Dominique Haese said the Nova directors had acted legally, and that their potential profit from the company’s structure is “fully justified”.

Your draft article contains numerous untruths, inaccuracies and negative innuendoes and goes no further than rehashing Moneyweb’s incorrect reporting, already responded to by the Nova Group on RSG Radio on November 21 at 6pm (refer to transcript available on Moneyweb’s website) and in the question-and-answer documents exchanged between Moneyweb and the Nova Group, which answers provided (prior to Moneyweb’s publication) the correct information to Moneyweb, only to be reported on incorrectly and out of context by Moneyweb (refer to all three sets of Q&A documentation attached to the Moneyweb articles on Moneyweb’s website).

Responding, effectively to Moneyweb, through you, is simply not the correct forum. Consequently we have no further comment to your email or draft article.

Please ensure, should you elect to publish anything, that you include in such publication our above response, verbatim.