Gert van Rooyen's son on the run after 'series of crimes'

Pretoria - A son of paedophile Gert van Rooyen is on the run after allegedly committing fraud.
Members of the Wonderboompoort police said they were looking for Gerhard van Rooyen, who uses the alias Gerrit Cornelius van Rhyn, Netwerk24 reported on Tuesday.
He is wanted on several charges of fraud, police said on Monday
In March 2013, Van Rooyen apparently advertised in newspapers and on Facebook that he was renting out a house. He included his contact details.

As the case of the whereabouts of these missing girls unravels, Gerhardus van Rooyen Junior

is still evading arrest for his outstanding crimes. 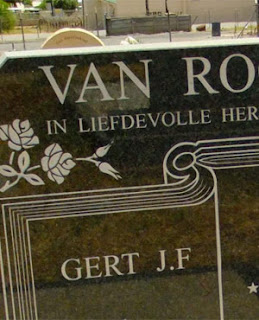 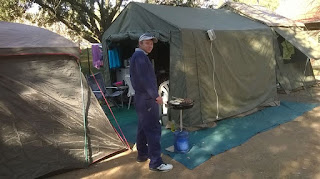 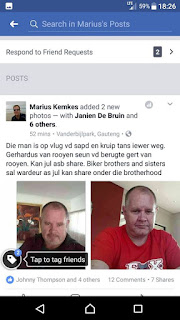 "WE ARE AWARE THAT THE MISSING GIRLS WERE SOLD INTO PROSTITUTION BY LOCAL CRIMINALS AND INTERNATIONAL HUMAN TRAFFICKERS. PEOPLE IN HIGH PLACES ARE BEHIND THEIR DISAPPEARANCES".