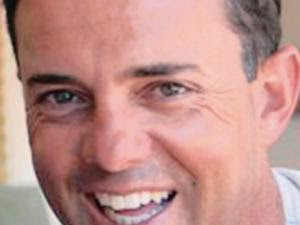 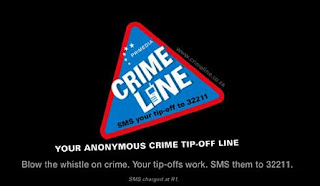 THE STAR
Peet Viljoen has been disbarred and sequestrated. Now cases of crimen injuria and harassment have been opened against him too.
Pretoria - He was known as Pretoria’s celebrity lawyer who, just a few years ago, was so wealthy he drove a Ferrari, and named Joost van der Westhuizen, James Dalton and Steve Hofmeyr among his clients.

Now Peet Viljoen is on trial for fraud, has lost his licence to practise as an attorney and has been sequestrated. His alleged desperate attempts to have charges against him dropped have led to new charges being laid against him for allegedly harassing senior police officers, private investigators, journalists and politicians.

Cases of harassment and crimen injuria have been opened against Viljoen by Chad Thomas, a forensic investigator from IRS Investigations, for alleging that he and numerous police officers in the Gauteng Hawks are corrupt.

His allegations have included attacks on the provincial head of the Hawks, Major-General Shadrack Sibiya.

Thomas said “nobody” had escaped Viljoen’s wrath and he believes the former attorney is making up allegations in a desperate attempt to escape charges of fraud and racketeering against him in a case before the Pretoria Commercial Crime Court.

Viljoen is being charged for alleged involvement in the fraudulent transfer of R114 million worth of City of Joburg land.

The land was sold to various companies. Two properties were financed by property mogul Zunaid Moti, who Viljoen claims in the commercial crime court case has set him up.

But Viljoen says he is innocent and that charges against him are being trumped up in an attempt to keep him quiet. He said he had proof that police officers are corrupt and showed no interest in charging those behind the fraudulent state land sales.

In an attempt to clear his name, Viljoen has approached senior police officers, journalists and forensic investigators, saying he has proof that he was set up by Moti.

“Viljoen’s constant unsubstantiated allegations of corruption that he has made against the police, the Hawks, the NPA, the media, the ANC, the DA and myself are without substance,” said Thomas.

“These allegations are made by a clearly desperate man (who) has lost everything and does not relish spending the next 15 years in prison.”

In an affidavit, Thomas said Viljoen approached him to help him with his land case two years ago. Thomas said he assisted organised-crime officers in a parallel investigation into the illegal sale of council and state land that has culminated in several new cases being opened.

“Viljoen began to pressure various SAPS members involved in the investigation to have the case against him dropped,” said Thomas. Thomas said Viljoen was enraged and accused the officers of being corrupt when this didn’t happen.

“Viljoen then accused Major-General Sibiya of being corrupt. He made an affidavit to this effect,” Thomas said.

In the affidavit, Viljoen accused Sibiya of stopping an investigation into the sale of state land. He also described meeting the head of the Hawks in his “personal night-club” in Pretoria.

Viljoen said Sibiya told him that the kitchen equipment in the club was “sponsored”. He then claimed he got a call from forensic investigator Paul O’Sullivan asking about the club. But O’Sullivan submitted an affidavit denying Viljoen’s claims.

He, like Thomas, said Viljoen had sent him endless SMSes with allegations against police officers that Viljoen could never substantiate. Thomas said the allegations against Sibiya owning a nightclub were untrue. He said Sibiya owned a property that he had permission from his employer to rent out.

The investigators were not the only targets of Viljoen’s allegations.

DA MP Dianne Kohler Barnard said she was also targeted by Viljoen. She said he started SMSing her “nonstop” and would sometimes SMS her smiley faces “for no reason”.

But Viljoen said he had accused everyone with nothing more than the truth.

“I don’t care who charges me with anything,” he said.

Police spokesman Brigadier Neville Malila said the docket would be referred to the Directorate of Public Prosecutions after their investigation had been completed.

Pretoria’s controversial celebrity lawyer, Peet Viljoen, due for trial next week in the R100m land scam involving prime property owned by the city of Johannesburg, allegedly approached a former associate of the fugitive Czech billionaire, Radovan Krejcir, for assistance in finding somebody to kill two prominent businessmen on his behalf.

“Peet asked me who could ‘take care’ of Zunaid Moti and Willie Botha,” Jerome Safi told The New Age this week. Soon after the meeting with Viljoen that took place in Bedfordview a month ago, Safi made a statement containing these allegations to the investigating officer, Capt Jan Judeel.

This was confirmed by police spokesperson Lt-Col Lungelo Dlamini, who said the statement had been handed to the prosecutor in the case for a decision.

Safi, a former confidante of Krejcir, was taken in for questioning by the police soon after the German supercar mogul Uwe Gemballa was abducted from OR Tambo airport in January 2010 on arrival.

The two men Viljoen allegedly wanted to be “taken care of”, according to Safi, are Willie Botha, former MD of Sharemax, and 37-year-old car-loving businessman Zunaid Moti, who was implicated in the alleged fraudulent land deal that he (Viljoen) is due to face in court with several other accused.

Details of the alleged assassination plots surfaced on Wednesday when word got around in the Gauteng underworld that Viljoen was allegedly spreading rumours in an effort to create tension between Krejcir and Safi.

Approached for comment, Krejcir confirmed that he had five meetings with Viljoen recently regarding business proposals. His last meeting with Viljoen was on Wednesday morning.

However, Krejcir says there is more to the story: “Peet told me earlier that Jerome said to him he has to kill me,” Krejcir said. Viljoen said when he asked Safi why he wanted Krejcir dead, he replied: “If I don’t kill Radovan, he will kill me.”

According to Jerome Safi, he met Viljoen some time ago when he was approached with possible business deals. “Peet brought me numerous illegal deals involving municipal properties,” says Krejcir.

It was during one of those meetings that Viljoen allegedly wanted to know from him how he could upset Krejcir enough to have Moti killed. “He was hoping that Moti’s death would mean his problems with his court case would go away.”

Krejcir confirmed that Viljoen approached him for the first time a month ago, with claims that Moti told him they were partners importing cars into the country and abusing his name to create business for him.

“He wanted to make me angry with Zunaid,” Krejcir said.

He then insisted Viljoen take a polygraph test to find out if he was lying. “I am waiting for the final results,” Krejcir said.