What will Zuma do: What does turning tide mean for Yesterday’s Man? 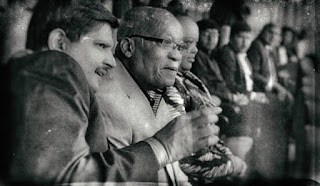 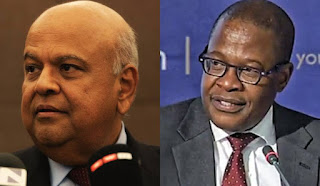 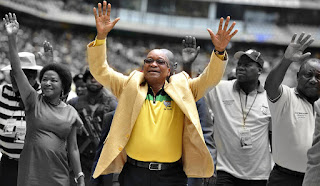 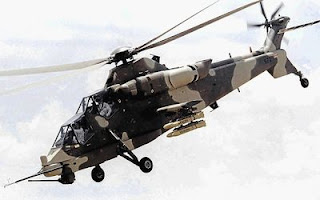 A year ago, some of President Jacob Zuma’s allies were floating the idea of a third term for him as ANC leader. Now even his most ardent supporters know Zuma is a dead weight. The local government election results clearly signalled that people are fed up with him, even though the ANC is reluctant to admit it. The Hawks investigation against Finance Minister Pravin Gordhan has been pinned on Zuma, prompting more prominent voices in society to speak out against him. The clearest sign that Zuma’s political capital has diminished is the decision by the Gupta family to cut and run. Even the SACP, which fought zealously for Zuma to be president, wants his powers cut. By RANJENI MUNUSAMY.

THIS IS STATE CAPTURE TO SAY THE LEAST OF THIS WHOLE SPECTACLE.

THE PRESIDENT OF THE ANC AND HIS COHORTS BEING THE GUPTA'S AND
MOST OF HIS CABINET SHOULD BE TAKEN TO TASK.

SOUTH AFRICA'S ECONOMY DEPENDS ON THE REMOVAL OF ZUMA AND

COMPANY.
IF THE HAWKS AND THE NPA WERE IMPARTIAL THEY SHOULD

INVESTIGATE HIGH TREASON CASES AGAINST ALL AND SUNDRY

INVOLVED IN THIS HEINOUS STATE OF CONSPIRACY, CORRUPTION

PRAVIN GORDHAN SHOULD BE TREATED ACCORDING TO OUR

CONSTITUTION AND NOT AN UNLAWFUL POLITICAL AGENDA.

THIS PASSAGE BY JESSE DUARTE SPEAKS VOLUMES OF DECEIT AND

that the public support for Gordhan had turned into an

“international campaign against South Africa”. While

“comrade” of “grandstanding” and projecting himself

as being above the law. She claimed that the longer

of law, the more he ran the risk of debasing his