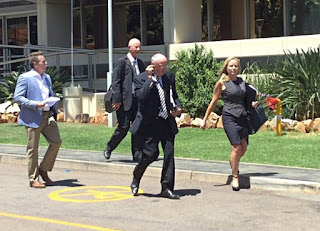 From left to right: Dirk Koekemoer, Rudi Badenhorst, Connie Myburgh and Dominique Haese.
The Nova Property Group has suspended interest payments to debenture holders due to the group’s inability to obtain bank funding to fund its property management operations at the various property developments. The interest payments were suspended from November 1.
Following recent Moneyweb reports, Moneyweb has been inundated with calls from debenture holders regarding the suspension of debenture payments. From the interaction with debenture holders, it seems as if all interest payments to qualifying debentures were suspended, which includes debentures related to the Rivonia and Silverwaters properties.
Moneyweb offered an opportunity to Nova CEO Dominique Haese to provide some clarity regarding the suspension of the interest payments. She did not offer any details regarding the suspension but said that “all relevant debenture holders have been fully informed in our normal communication process”.
She added that debenture holders can contact the Nova call center at 012 425 5000 or visit the website of Frontier Asset Management at www.frontieram.co.za.
Haese previously suspended all communication with Moneyweb, as she is unhappy with our recent reports on various aspects of Nova’s operations, most notably the 87% of Nova shares the directors received for free and how the directors tried to keep this secret. (See the statement at the bottom of this article.)
In a letter dated November 3 that Nova sent to debenture holders, Haese says the decision to suspend interest payments was taken as the group could not secure external funding to upgrade and maintain underlying properties.
Haese wrote in the letter: “This deceleration in the flow of external funding and the rate at which upgrades, maintenance and the placement of tenants has to be done can currently not be synchronised and the Board had to once again take the difficult, but strategic, decision to cease current monthly return payments which are being paid to holders of certain classes of debentures, until the funding situation from external sources improves.”
This means that the Nova board will seemingly retain profits and cash earned from these properties to fund maintenance and upgrades at other properties.
External finance
Nova has on numerous occasions blamed negative media coverage, which includes reports from Moneyweb, as a major reason why banks are reluctant to extend loans to the group. Apparently, the banks are influenced by media articles and fear there is substantial “reputational risk” associated with doing business with the Nova group.
During a meeting between Moneyweb and the Nova board, when the board revealed its shareholder registers, Nova chairman Connie Myburgh even referred to a photo that was used alongside a Moneyweb article, which he claimed prompted a bank to withdraw from funding negotiations.
Ironically, this article and photo were about the Constitutional Court’s decision that denied the directors of Nova leave to appeal against an earlier Supreme Court of Appeal judgement. This ruling, which brought an end to a legal battle that lasted for more than three years, found that Nova could not refuse Moneyweb access to its shareholder registers.
Cash flow pressure
The suspension of interest payments is not really a surprise, as an analysis of Nova’s 2016 financial results (which ended in February 2016) shows that Nova has some cash-flow pressures.
The company’s operational activities saw a cash outflow of R27 million in the 2016 financial year. The board did manage to acquire external funding of nearly R54 million, which left the group with cash resources of R42 million at the end of February this year.
The Nova board also disclosed in the 2016 statements that the group managed to secure a loan of R31.5 million from Nedbank. Interestingly, the directors, in their personal capacity, provided limited surety on this loan.
If the board cannot secure more bank funding, the board may be forced to sell some of the properties to raise cash, as the group did between 2013 to 2015. These disposals raised cash of around R285 million.
Annual general meeting
Nova held its annual general meeting on Wednesday in Pretoria. It was attended by around 20 of the 2 000 minority shareholders. Moneyweb requested permission from Nova chairman Connie Myburgh to attend the AGM, but he did not respond. A similar request from Carte Blanche was denied.
During the meeting, Myburgh approved all the resolutions, including a resolution on executive remuneration, with 100% of the vote. The four board members – which include Myburgh and Haese – own 91% of the voting rights in Nova via a nominee company and approved their own salaries. The remaining 9% of the voting rights reside with existing and former senior managers within the Nova group.
Read also: Staggering salaries of Sharemax rescue vehicle directors.

Response from Dominique Haese, CEO of Nova:
Dear Mr van Niekerk,
It is regrettable that our efforts in engaging Moneyweb openly, constructively and in a bona vide fashion has not been reciprocated. In response Moneyweb has chosen to publish articles without prior reference to us, and in breach of your undertaking to allow us to see and comment on the articles first, which articles twist the facts, articulate a number of inaccuracies and untruths and seek to slander and defame the Nova Group and its directorate. We are considering our position and our rights in this regard are reserved.
It has become clear to us that any information that is provided by us to Moneyweb, will be twisted and used out of context for the purpose of further negative reporting of and concerning the Nova Group and its directorate and given that no further productive purpose would be served in engaging with Moneyweb, the Nova Group has decided to break off all forms of communication with Moneyweb. We will accordingly no longer respond to questions Moneyweb pose to us, requests for commentary on proposed articles or for that matter to any articles that Moneyweb might publish, subject of course to a reservation of the right to deal with any matter Moneyweb might publish, in a court of law.
Please ensure, should you elect to publish anything further regarding the Nova Group and any of its functionaries, that you include in such publication our above position, verbatim.
Yours faithfully,
Dominique Haese
CEO Nova Property Group 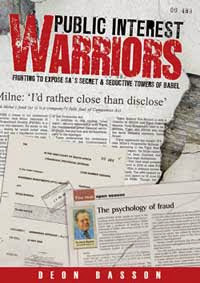 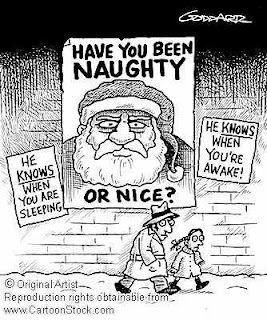 THE two main shareholders of Sharemax Investments – Willie Botha and André Brand – will receive R40m in exchange for their so-called claims against the Sharemax-promoted property syndications in terms of the proposed scheme of arrangement for Zambezi Holdings.

Of that, R15m is payable in cash and R25m in five yearly payments of R5m each. In exchange, Botha and Brand accept apparent responsibility for outstanding VAT payments that could amount to as much as R50m.

However, the cause and auditing of the amounts owed in VAT aren’t explained anywhere in the documents submitted to the high court.

Businesspeople will know VAT returns must usually be submitted every two months. Postponement and paying off over five years sounds very unusual. Businesspeople will also know that being even a few days overdue attracts considerable penalties. Hopefully, the board of the property syndications will be able to explain the payment to Brand and Botha and the outstanding VAT more fully to investors at shareholders’ meetings over the next few months.

For the financial advisers who sold Sharemax investments to their clients and who were concerned about the capital losses – especially in the case of liquidation – there’s also very good news in the proposed scheme of arrangement. In the case of Zambezi, investors will receive a new “debenture” with a face value exactly equal to their original investment.

Therefore: no capital loss. The capital and the debenture will be repaid from the 70% of the net rental income earned by the Zambezi Mall over the next 10 years, which could be extended to 12 years. That could be any amount – because the days of miracles aren’t yet over.

Investors – as well as the ombudsman, who is already looking at the financial advisers – will therefore only know in 12 years’ time whether the investors have suffered a capital loss or not. This is a wonderful escape for the financial advisers, and explains why they’re so supportive of the scheme on their blogs.

From year 12 to year 17 the investors will receive 30% of the net rental income, up to a maximum of 30% of their original investment. That’s probably interest, or perhaps capital gain.

So it’s possible that investors may still be receiving an interest cheque 17 years after the introduction of the scheme. Once again, that’s very good news for the financial advisers.

Briefly, it means no investor will be able to prove he suffered a capital or interest loss before 17 years have elapsed and can therefore not institute a claim against his financial adviser. The ombudsman will also find it difficult to prove damages before the end of 17 years.

I’m sorry to say that for investors in the Zambezi scheme there’s only bad news. In his submission to the court, Rudolf Badenhorst, one of the new directors of the Sharemax-promoted investment, pointed out the best net price that could probably be obtained for Zambezi Mall in the case of a liquidation would be only about R100m, which is about 13c in the rand for each of the investors who pumped in a total of R765m into the building.

However, nobody is trying to put a value on the new debentures to be issued, simply because it’s impossible to do so. To calculate the net current value of an investment or debenture that can be compared with the 13c in the rand above, we must do an accurate calculation of the monthly or annual payments the debenture holders will receive: which is 70% of the net rental income earned by the building.

The building is managed by its owners, Capicol, and the investors will apparently have no say in how the building is run or what its net income will be.

If you look at the current poor state of repair and the building’s significant vacancy factor – plus the new interest burden of the probably R10m or more the building will have to carry in future – the informed investor would no doubt guess its net income will be very small, if anything at all. Remember: 70% of nothing is still nothing.

After 12 years an investor’s rights lapse. And if 70% of nothing is still nothing, the debenture won’t be worth anything. The face value of R1 for every rand invested says nothing.

The value of the debentures on an informal market – they won’t be listed on the JSE – is what counts here. I’d like to repeat my prediction of two weeks ago: the market value of the Article 311 debentures will probably not be more than 5c in the rand.

Not 5c/year, as some readers seem to think, but a one-off 5c for your R1 investment if you were to sell. And if an investor were to sell it for 5c – assuming he could find anyone wanting to buy it – he’d presumably no longer have any claim for damages against his financial adviser.

It could simply be argued the 70% of the net rental in nine years will be enough to repay your total investment and you would find it difficult to prove the opposite.

Investors in Zambezi will have to make up their minds at the meetings whether they want to accept the 13c in the rand that could possibly be obtained in the case of liquidation or whether they want to take a chance on a debenture with a completely unknown market value.

* This article was first published in Finweek.