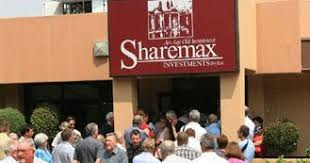 The Sharemax saga was one of the biggest controversies to rock the financial services industry in the past ten years. What was presented as a safe investment turned out to be nothing more than a pyramid scheme that left many investors destitute.

In many ways, the Sharemax saga was a forerunner of the wave of regulatory reform that we are seeing now. While not the sole reason for the reform, it surely showed that there are bad apples in the industry and that tighter controls are needed to bring them to book in the most appropriate manner.

Months after the issue seemingly came to an end, we are seeing more skeletons stumbling out of the Sharemax closet in the form of controversies surrounding the Nova Property Group (Nova), which is the Sharemax rescue vehicle.

Fighting from the trenches

MoneyWeb published a number of articles over the past few weeks highlighting the new issues which are rising to the surface.

The first article, written by MoneyWeb journalist Ryk van Niekerk, suggests that Nova appear to have pulled off one of South Africa’s greatest-ever corporate captures.

Van Niekerk pointed out that four Nova directors managed to seize absolute control of the company, which according to the 2016 financial statements has a net asset value of R1.2 billion, for R40.

According to Van Niekerk, the directors have managed to keep this from public view since 2011, possibly even in contravention of the shareholding disclosure provision in the Companies Act.

This may be why the directors aggressively fought Moneyweb’s legal efforts to access the group’s shareholder registers for more than three years, after former Moneyweb journalist Julius Cobbett applied for access in terms of Section 26 of the Companies Act.

The directors claimed in their defences that Moneyweb was waging a vendetta against the group and they had a constitutional right to privacy. These defences were rejected when the Supreme Court of Appeal found that the directors have no choice but to open their registers, and the Constitutional Court denied them leave to appeal against this judgment – wrote Van Niekerk.

The MoneyWeb article went on to add that only 4.3% of the shares belong to around 2 000 former Sharemax investors who, at the inception of the scheme, elected to receive Nova shares in lieu of their debentures. This means they paid somewhat more than the founding shareholders. They paid R94.9 million for their collective 4.3% interest as debentures to the value of this amount were cancelled.

The balance of 8.6% is owned by the three other founding shareholders who are former and current Nova managers.

After the release of two articles relating to the subject, Van Niekerk conducted a telephonic interview with Nova CEO Dominique Haese.

“The scheme gave the three directors at the time, who were Dirk Koekemoer, Rudi Badenhorst and myself, the right to nominate the seven people who would ultimately hold the balance of the shares, not so elected by the converting debenture holders, whatever that balance might have been, if there was to be a balance. Nobody would have anticipated who would have converted and how many or how little would have converted. In our instance the conversion process was even extended by four months to give people additional time to consider such a conversion because ultimately it would be better for the Nova Group to eliminate the liability that comes with the debenture holder,” Haese told Van Niekerk.

For the full MoneyWeb articles please follow the links below:

It must be pointed out at this stage that the bad apples within the financial services industry are not a reflection of advisers in the industry who work tirelessly to provide their clients with the best advice possible; these honest advisers are the very heart of the industry.

However, if the Sharemax saga teaches us anything, it is that there is very little knowledge of some of the products that the financial services industry offers.

But will regulation rid the industry of these bad apples? This question was asked at the recent SRP Africa Structured Products & Alternative Investments Conference and Mats Halvorsen, CEO of SIP Nordic Fondkommission, said that the sharks/bad apples will just move elsewhere where there is lighter regulation.

Editor’s Thoughts:
This does not mean that regulatory reform is bad. It is necessary to professionalise the industry and to encourage participation. It just means that the bad apples may become very creative in the future. Please comment below, interact with us on Twitter at @fanews_online or email me your thoughts jonathan@fanews.co.za
Posted by Tango at 6:26 AM