VBS Bank liquidation will speed up criminal and civil cases

VBS Bank liquidation will speed up criminal and civil cases 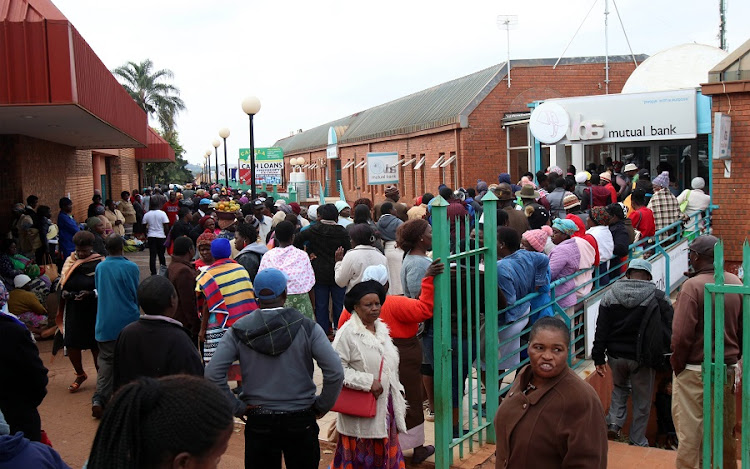 VBS Mutual bank customers at long queues outside the bank, demanding their money in Thohoyandou, Limpopo. Picture: ANTONIO MUCHAVE/SOWETAN
The liquidation of VBS Mutual Bank will allow criminal and civil proceedings against those responsible for its demise to pick up pace, and significantly, will allow for the recovery of money from those who looted or owed the bank.
The high court in Pretoria on Tuesday granted an order for the liquidation of VBS after an application by the SA Reserve Bank's Prudential Authority was unopposed by respondents, which includes the bank and the minister of finance.
Prudential Authority CEO Kuben Naidoo told Business Day on Tuesday that the court order basically provided approval of the final liquidation and the appointment of the present curator, Anoosh Rooplal, as liquidator.
"It gives us more power to recover money from those that stole it or owe the bank," he said.
In Naidoo's application to the court, filed at the end of October, he argued that VBS had to be wound up on an ‘‘urgent basis’’ and a liquidator appointed ‘‘so that the necessary civil and criminal proceedings can be pursued to hold those accountable for the demise of VBS and so as to achieve a great as possible recovery for the creditors of VBS’’.
The VBS matter has been highly charged politically since the release of the investigative report by Advocate Terry Motau, which spelt out the looting of the bank to the tune of R2bn.
Senior members of both the ANC in Limpopo as well as members of the EFF were implicated in the report, as having benefited from the ‘‘bank heist’’.
The matter has been referred to the National Prosecuting Authority for civil or criminal action to be taken against those implicated.
A further complication was public comments by senior ANC leaders, including finance minister Tito Mboweni in his medium-term budget policy statement in October. Mboweni indicated that the bank could be saved, but Naidoo had argued in his application that it was ‘‘hopelessly insolvent’’.
While the minister of finance was cited as a respondent in the application by the Prudential Authority, he did not oppose the winding down of the bank in court on Tuesday.
marriann@businesslive.co.za