AN INVESTOR in a Sharemax investment scheme plans to appeal the High Court judgment of his R5 million damages claim against his broker, which was dismissed on the basis that the Reserve Bank’s intervention into Sharemax was the cause of his loss and not any breach by his financial adviser.


Shane Symons, who launched the application on behalf of the trustees of the Symons Family Trust against Rob Roy Investments CC trading as Assetsure, represented by financial services provider Peter Griffin, confirmed yesterday that his legal team believed the judge was wrong and they were noting an application for leave to appeal to the Supreme Court of Appeal.


Symons and his wife, the trustees of the trust, invested a total of R5m in a Sharemax product that was an investment in The Villa, a shopping mall being built in Pretoria.


They claimed, among other things, that Griffin breached his contractual obligations by advising them to invest in Sharemax when the investment carried a substantial risk, whereas the contract was that Griffin would advise the trust about a range of low-risk investments and had advised them that the income and capital returns were guaranteed. In dismissing the claim with costs last week, Judge Ploos van Amstel concluded that Symons had not established liability by Griffin.


Judge Van Amstel said it was not disputed that the investment was high risk, but it seemed to him on the information that had been given to Symons that he was able to make an informed decision and it was probable that he substantially understood the nature of the investment and went into it with his eyes wide open.


He said it was important to consider what caused the scheme to collapse and Symons and his wife to lose their money because there had to be a causal link between a breach by Griffin of his contractual obligations and Symons’s loss. None of the risks mentioned by the expert witnesses could be said to be the cause of the loss, he said. “The cause of the loss was the intervention by the Reserve Bank and not any breach on the part of the defendant (Griffin). The question of legal causation does therefore not arise,” he said.


Judge Van Amstel referred to a recent decision in the High Court in Bloemfontein that also concerned Sharemax and where a financial services provider was held liable for damages after he recommended an investment in Sharemax. But he said the evidence in that case differed materially from the evidence before him.


Nolutu Bam, the then Ombud for financial advisory and intermediary services, in December last year rejected a claim by a financial adviser based in George that his clients’ losses through an investment in Sharemax were caused by the intervention of the SA Reserve Bank. 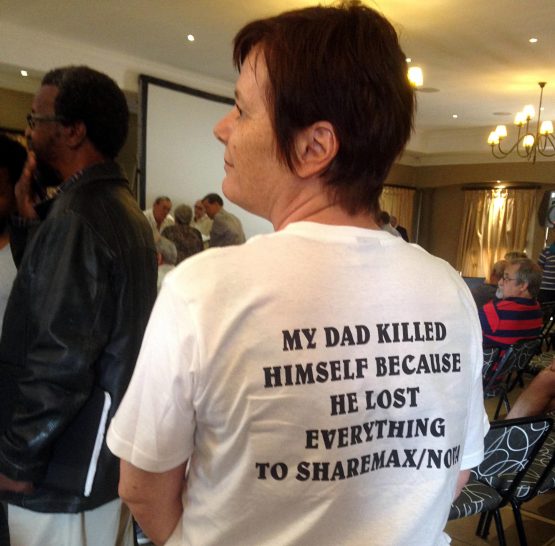