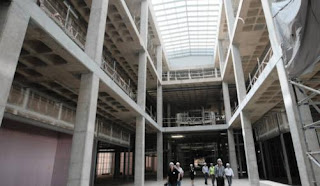 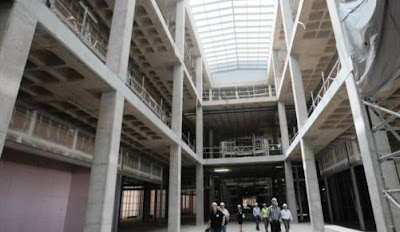 JOHANNESBURG - A dispute is raging over the ownership of two of Pretoria’s largest shopping malls. The malls in question are Zambezi and The Villa, which were promoted by Sharemax. Public investors poured a total of R2.3bn into the two projects – R756m into Zambezi and R1,590m into The Villa.

Last year, Nova subsidiary, Villa Retail, took ownership of 30% of The Villa. The remaining 70% is held by Capicol 1, the mall’s developer.

But the 30% apportioned to investors could be in danger, if Capicol director Paul Kyriacou is to be believed.

Kyriacou explains that when he originally negotiated the sale of The Villa, he was granted an option to buy the mall after it had been transferred to Villa Retail. The price would be determined by the mall’s income.

Kyriacou told Moneyweb last week that this option remains valid. Furthermore, because the selling price is based on income, and the mall is not earning any, Kyriacou claims he is entitled to buy Villa Retail’s 30% share for nothing. He has notified the company’s directors of his intention to exercise the option.

However, Nova director Dominique Haese has hit back at Kyriacou’s claims. Haese says that Kyriacou’s statements regarding any option are “incorrect, sensationalist and devoid of any basis, be it in law or in fact”.

Haese claims that Villa Retail is entitled to receive transfer of an additional 50% of The Villa, and that no money is owed to Capicol 1.

The Zambezi Mall is subject to a similar dispute. Last year, half of the mall was transferred to its designated owner, Zambezi Retail, with Capicol retaining the other half.

Haese says that Zambezi Retail does not owe any money to Capicol, and that it is entitled to the remaining 50% of Zambezi.

But this version differs strongly with Kyriacou’s.

Kyriacou claims Capicol was owed tens of millions of rand for the remaining half, which has not been paid. Kyriacou says he has now “cancelled” the sale agreement.

Kyriacou expects both The Villa and Zambezi disputes to go to arbitration.

Both Capicol, and the mall’s manager, Frontier Asset Management, which Haese and her co-directors own, blame the other for this sorry state of affairs.

Kyriacou claims that when Capicol handed over management of Zambezi to Frontier, it was 80% occupied.

“How can you chase away a tenant like Checkers?” asks Kyriacou.

But Haese responds that at the relevant takeover date, “vast areas (in excess of 60%) of the Zambezi Mall had been ‘let’ to Capicol Group/Kyricaou related/controlled lessees at, to say the least, questionable and economically unviable rentals, as historically arranged by Mr Kyriacou for his own benefit”.

Haese continues: “Shortly after takeover, Mr Kyriacou abandoned all of these businesses as part of a clear strategy to diminish the value of the Zambezi Mall, under circumstances where he was effectively, historically, both lessor and lessee.”

Haese says that Capicol failed to keep promises made to Checkers, which included the completion of the access roads, and the building of an access ramp.

Ex-Sharemax investors should ask: What is this all about?

Is there more at play than a fight between Moneyweb and Nova?

Investors in the historic Sharemax investment scheme may want to find out for themselves who owns the companies that own and manage the original Sharemax properties.

Moneyweb’s efforts over the past 16 months to get clarity on the ownership structures were delayed again when the North Gauteng High Court (NGHC) granted Nova Properties, Frontier Asset Management & Investments and Centro Property Group leave to appeal a recent interlocutory ruling at the end of November.

This means that before our main case for access to the share registers can be heard, we first have to argue a technical point at the Supreme Court of Appeal (SCA) in Bloemfontein.

Only when this point is decided, sometime next year, will Moneyweb be able to continue with the main case for access in the NGHC. This could mean another 18-month delay.

The process started back in July 2013 when Moneyweb journalist Julius Cobbett applied to access the shareholder registers of these companies in terms of Section 26(2) of the Companies Act. This provision in the Act, in theory at least, is aimed at making it easy for any member of the public to inspect the shareholder register of any company.

Moneyweb has always denied that such a vendetta exists.

What is this case all about?

This may be an opportune time for investors to take a step back and ask: What is this case all about? Is it about Moneyweb desperately trying to get its hands on the shareholder registers of the companies and then to sensationally report on their contents? Or are the directors fighting to keep the registers secret from everyone, including investors?

Is this case merely a clash between Moneyweb and individual directors of Nova or is there something else at play?

Why are the ownership structures important?

Moneyweb believes it is critical that the shareholder structure of these companies is made public, as this information is key to investors’ interests.

Nova is the company that owns all the various properties that used to belong to Sharemax investors. With the announcement of the scheme of arrangement in 2011, the executive directors of the erstwhile Sharemax group, Dominique Haese, Rudi Badenhorst and Dirk Koekemoer held 43.2% of Nova’s issued shares.

Moneyweb wants to see whether this shareholding has changed since 2011 and who owns the balance of the issued shares. Moneyweb also wants to know what Haese, Badenhorst and Koekemoer paid for their shares to acquire such a large slice of a company with assets exceeding R2 billion.

The ownership structure of Frontier and Centro is also important. Frontier provides a range of administrative services to Nova and Centro manages the property portfolio on behalf of Nova.

Walk through the front door

The ironic reality is that although Moneyweb may wait three years to get a final answer from the courts, an investor may access the shareholder registers on any weekday morning.

Investors can do this through the Companies Act. According to Section 26 (1) of the Act any “person who holds or has a beneficial interest in any securities issued by a profit company” may inspect the securities register. This obviously refers to investors.

Section 26(2) is applicable when a person does not have such a “beneficial interest”, such as Moneyweb and any other non-investor. In this case the person has the right to gain access if he or she pays a prescribed fee, currently set at R100.

The Act allows for two ways to access the security registers. The first is for access at the company’s registered address. In theory, anyone can walk through the company’s front door, approach reception and ask to see the particular document.

The second way is to complete the particular form – the company then has 14 days to make the shareholder register available to the applicant. It was this method that Cobbett used.

The Act also clearly states that access cannot be denied, and that if any reasonable request is denied, it constitutes an offence.

For ease of reference, here are the registered addresses of the three companies:

I believe it is critical that the information as to who constitutes the majority shareholders is placed in the public domain. This is the reason why Moneyweb has spent a significant amount of money in legal fees to access these shareholder registers. But we will only be able to publish the shareholder registers when the protracted legal wrangle is over – and this may take a few more years.

But curious investors have unique rights, and they cannot be accused, as we are, of waging a vendetta. I am sure several shareholders would want to take a peek at the shareholder registers to see what the fuss is all about.

Sharemax ‘nothing but a Ponzi scheme’

Zambezi Retail Park, the property syndication scheme promoted and marketed by Sharemax Investments, was “nothing more than a Ponzi scheme”, with investors being paid interest out of their own funds.

This was the conclusion of Noluntu Bam, the ombud for financial advisory and intermediary services (Fais), in a determination released yesterday in response to a complaint by an investor in the scheme.
The Villa mall by developer |Capicol was promoted by Sharemax, along with Zambezi Retail Park, which the financial |services ombud says is 'nothing more than a Ponzi scheme'. Photo: Simphiwe Mbokazi. Credit: Independent Newspapers

Business Report reported in October last year that the Hawks were investigating allegations that Sharemax committed fraud and were probing whether it operated a pyramid or Ponzi scheme.

Bam said an investigation by her office had “pierced the corporate veil” of how Sharemax operated.

This followed a complaint lodged by Gerbrecht Siegrist, a pensioner from Tigerpoort in Pretoria, who invested R580 000 in Zambezi Retail Park but is now destitute and “survives on the charity of her children”.

She said the directors of FSP Network and Sharemax must be held “personally liable” for Siegrist’s loss and could not “hide behind the corporate veil”.

“The directors of Sharemax and FSP Network were aware of the fact that the scheme was both illegal and not commercially viable and yet they recklessly took investors’ funds.”

FSP Network, trading as Unlisted Securities South Africa (USSA), was set up to market Sharemax products through a network of brokers and was responsible for the conduct of their representatives, who almost without fail “targeted pensioners”.

Goosen, apart from being a director of Sharemax and Zambezi, was also a director and the compliance officer of FSP.

Bam said FSP Network was nothing more than an “extension of Sharemax”.

Bam’s office recommended the Law Society investigate the trust account of Sharemax’s attorneys Weavind & Weavind to establish how and under what circumstances investors’ funds were paid out.

“We believe that it would be prudent to keep the fidelity fund informed. It is clear the attorneys did not comply with the Attorneys Act and the Law Society guidelines. Nor did the attorneys comply with investor protection provisions of the Government Gazette,” she said.

This is a reference to a government notice on property syndications gazetted in 2006 that made it illegal to release investor funds prior to the transfer of the properties into the syndication vehicle.

The Law Society of the Northern Provinces, after a disciplinary hearing in August 2011, dismissed a complaint on the release of funds from Weavind & Weavind’s trust account.

Bam said ACT Audit Solutions, the appointed auditor of Zambezi Holdings, must have known that investors’ funds were being transferred out of trust. “If this was an irregular transaction, then the auditor was under a duty to report the matter to the… regulators.”

Bam said the audit firm, which had since changed its name to Advoca Auditing, and its attorneys failed to respond to her letter seeking an explanation of their handling of the Sharemax account.

“This aspect… will be reported to the Independent Regulatory Board for Auditors for further investigation.”

About 40 000 people invested a total of about R4.5 billion in the various schemes promoted and marketed by Sharemax.

The registrar of banks decided in 2010 that Sharemax’s funding model contravened the Banks Act.

Sharemax defaulted on its monthly payments to investors in August 2010 when the registrar’s decision became public knowledge, resulting in new investments drying up.

The registrar only reported the alleged contravention of the Banks Act to the Hawks in March last year.