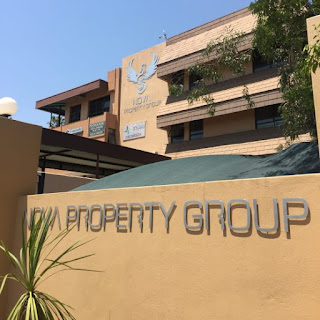 The salaries of the four directors of Nova Property Group have been extremely controversial and a comparison to industry salaries clearly shows that they may be grossly overpaid. This has a significant impact on the company's cash flow and ability to pay debenture holders.

Moneyweb recently revealed that the four board members collectively own 87.1% of the company and 91% of the voting rights and can therefore set and pay their own salaries.

Nova also informed debenture holders last week that interest payments to debenture holders from November 1 have been suspended. This suspension should be seen in the context of the salaries of the four Nova directors.

During a recent radio interview, Nova CEO Dominique Haese denied the board was overpaid and said the directors’ salaries are far less than comparable market salaries. In a subsequent communication to debenture holders she also proclaimed that salaries have a “negligible impact on the company’s operational performance”.

She added that “if one looks at industry norms and market-related salaries, our salaries, if you do the calculation properly, is 70% of what an industry norm salary would be, taking all the risk, taking the responsibility of this group.”

In both cases, the Nova board compares exceptionally well to these industry norms, despite having a minuscule portfolio of assets to manage in comparison to the JSE-listed property companies. This is also despite Nova being a public company specially set up to rescue the R5 billion investments of 33 000 elderly Sharemax investors.

Let's first compare the salaries of the individual directors with the averages of JSE-listed property companies.

An analysis of the directors’ remuneration in the 2015 and 2016 financial years appears below:


This analysis shows there is a clear conflict between Haese’s statement that directors receive 70% of the “industry norm” and the actual amounts. Some of the individual directors actually earn more than their JSE counterparts. This is despite the fact that the four directors manage properties valued at only R3.8 billion, of which R1.7 billion is locked into the half-built Villa. This is minuscule compared to the assets JSE-listed property companies manage. This also begs the question as to why there are four executive directors, who offer at least 32 hours of executive management a day, to manage this small portfolio. It may be a coincidence that the four each own around 21.8% of the company and collectively hold 91% of the voting rights.

Comparison of salaries of all executive directors with industry peers.

The second relevant comparison is between the combined salaries of Nova’s executive directors and those of JSE-listed property companies. For this analysis, Nova's 2016 salaries and bonus payments are used as Profile Media’s information corresponds with Nova’s financial year. All UK-listed companies were excluded from the analysis, as well as a few local companies whose total board remuneration was less than R500 000. However, the average includes cases where individual board members did not receive any remuneration.

The Profile Media data shows that the four Nova directors’ combined salaries and bonuses of R15.1 million are extremely high. It is more than double the average of R6.1 million of the analysed companies and trumps the salaries of the executive management of blue chip companies such as Redefine, Resilient, Sirius and Arrowhead.


Impact of salaries on operational performance and ability to repay debentures

Haese also stated in the communication to debenture holders that the directors’ salaries have a “negligible impact on the company’s operational performance”.

Unfortunately, this is also not supported by facts.

A simple analysis shows that the directors’ cash salaries represented 9% and 11% of the total operating expenses in the 2015 and 2016 financial years respectively. The situation is even worse if it is compared to the company’s cash flow. Over the same periods the cash salaries represent 16% and 17% of all the cash the company received from customers, ie the tenants in the various properties.

This means that in the most recent financial year, the directors pocketed R17 of every R100 cash that was paid to the group, which has a significant impact on the company’s cash flow. In fact, the company has not delivered a cash positive operating result since inception. In the 2016 financial year the company saw an operational outflow of R26 million and since the scheme’s inception the total outflow amounts to R177 million.

It is regrettable that our efforts in engaging Moneyweb openly, constructively and in a bona vide fashion has not been reciprocated. In response Moneyweb has chosen to publish articles without prior reference to us, and in breach of your undertaking to allow us to see and comment on the articles first, which articles twist the facts, articulate a number of inaccuracies and untruths and seek to slander and defame the Nova Group and its directorate. We are considering our position and our rights in this regard are reserved.

It has become clear to us that any information that is provided by us to Moneyweb, will be twisted and used out of context for the purpose of further negative reporting of and concerning the Nova Group and its directorate and given that no further productive purpose would be served in engaging with Moneyweb, the Nova Group has decided to break off all forms of communication with Moneyweb. We will accordingly no longer respond to questions Moneyweb pose to us, requests for commentary on proposed articles or for that matter to any articles that Moneyweb might publish, subject of course to a reservation of the right to deal with any matter Moneyweb might publish, in a court of law.

Please ensure, should you elect to publish anything further regarding the Nova Group and any of its functionaries, that you include in such publication our above position, verbatim.

It is important to note that the Nova board did not respond to several sets of questions Moneyweb sent to the board prior to the publication of the first article about the directors’ shareholding.