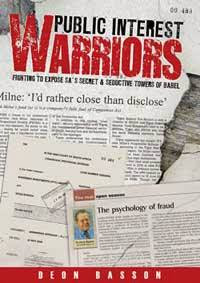 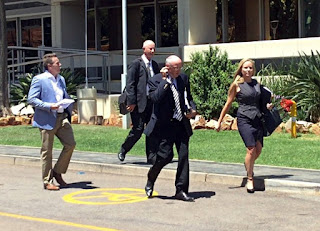 The half-built Villa Retail Park, alongside Delmas road in Pretoria, is not only the tombstone of the failed Sharemax property syndication scheme, but also one of biggest eyesores in the city.
Thousands of investors – who invested more than R1.5 billion in the development, once dubbed the ‘jewel of Pretoria’ – now face great uncertainty over whether they will ever see their investments again.
Today the centre belongs to the Nova Property Group – the rescue vehicle set up after the collapse of Sharemax to try to save the R5 billion the 33 000 investors ploughed into the scheme.
There are however a few questions regarding the current value of the Villa – which may have significant implications for the Nova group, as it represents around 40% of the group’s R3.9 billion asset base.
Valuations
In Nova’s 2016 financial statements, which were audited without qualification, the Villa is valued at R1.668 billion. This valuation is R56 million higher than the 2015 valuation of R1.612 billion.
The 2016 valuation was performed by an independent property valuer, Amanda de Wet of Amanda de Wet Consultants and Investors CC, a registered property valuer that conducts independent valuations for a range of JSE-listed companies.
The four directors, Connie Myburgh (chairman), Dominique Haese (CEO), Rudi Badenhorst (FD) and Dirk Koekemoer (property director) were responsible for the 2015 valuation.

The Nova directors. From the left: Dirk Koekemoer, Rudi Badenhorst, Connie Myburgh and Dominique Haese.
There is however a significant difference in the actual published valuation and the one De Wet signed. De Wet’s official valuation is R770 million – a valuation that never made its way into the financial statements. The R770 million is De Wet’s valuation for 100% of the property, and since Nova only accounts for 80% of the value in its statements, the published fair value of R1.668 billion should be compared with a value of R616 million (80% of R770 million) – a difference of more than R1 billion.
The same apparent discrepancy exists for the Zambezi Mall – the other large Nova property in Pretoria which has not been fully completed. The financial statements list a fair value of R620 million, although De Wet’s official independent valuation is only R307 million.
Critical difference
This difference is not only significant in terms of the asset value of Nova, but if Nova had to impair the difference of R1 billion, it would leave the company technically insolvent.
The apparent discrepancy flows from Nova’s use of the IFRS 13 valuation standard: an international valuation standard used by many property companies. The main premise of this standard is to value properties at the price an independent third party would pay for the property in the open market.
Nova values the properties according to the ‘highest and best use’ principle of the standard which assumes a value of the property if it is used for the best possible purpose and would earn the highest return. For example, if the ‘highest and best use’ of the Villa was to convert it into offices or apartments, the value of such a conversion would be reflected. It is the potential market value of the property.
De Wet’s valuations
De Wet confirmed to Moneyweb that she signed valuations of R770 million for the Villa and R307 million for Zambezi. She valued the properties through the replacement method, which establishes what it would cost to rebuild the centre to its current state. Her valuations are based on the published construction costs of similar shopping centres, as published by the industry body Sapoa and respected valuation group Rode and Associates. The values used were R11 600/m2 for the Villa and R12 500/m2 for Zambezi and were merely multiplied with the gross lettable area (GLA) of each centre. After a few minor adjustments, the values were pegged at R770 million and R307 million respectively.
Valuations in the financial statements
However, the values published in Nova’s financial statements do not reflect these valuations, despite clearly stating that the valuations were performed by an independent valuer. According to the statements, the valuations are based on values of R32 658/m2 for the Villa and R22 500/m2 for Zambezi.
These values were derived from estimations – not valuations – De Wet supplied to the Nova board of the highest and best use of properties which are similar in size, but which did not form part of the official valuation.
De Wet said in response to Moneyweb questions that Koekemoer requested such an estimation after she submitted her official valuation report. To comply with this request, De Wet compared the Villa and Zambezi with the published valuations of similar-size shopping centres, as disclosed by several JSE-listed companies such as Hyprop and Growthpoint. De Wet emphasised that the size of the properties was the only considering factor.
For the Villa she estimated the highest and best use against the values of Growthpoint’s Festival Mall (published at R1.7 billion), Hyprop’s Clearwater Mall (R4 billion), Rosebank Mall (R3 billion), Woodlands (R2.3 billion) and Growthpoint’s highly successful Kolonnade centre (R2.6 billion).
For Zambezi she estimated the highest and best use against the values of smaller centres, such as the La Lucia Mall (R1.1 billion), the East Rand Mall (R1.2 billion), Golden Walk (R900 million) and the N1 City Mall (R844 million).
The average value per square metre of these fully-completed and commercially-successful centres was then calculated as R32 658/m2 and R22 500/m2 respectively – the precise values Nova used to value the Villa and Zambezi.
Valuation methodology
As per the financial statements
Villa
Zambezi
Gross lettable area (GLA) in m2
88 693
31 000
Estimated value m2
(average value/m2 of similar shopping centres)
R32 658
R22 500
Value of estimated value multiplied by GLA
R2 896 535 994,
rounded to
R2.9 billion
R697 500 000,
rounded to
R700 million
Estimated cost to complete the centre
(as per fin statements)
(R814 million)
(R80 million)
Total
R2.086 billion
R620 million
80% of the value is accounted
R1.668 billion

Disclosure in the financial statements
Nova’s financial statements do not disclose or qualify this significant disparity. In a note to the financial statements the company states:
“These valuations for 2016 were based on a combination of the comparable sales and replacement method. These methods entail investigating recently sold properties that are similar in important respects to the properties being valued. The sales price and the physical, functional, and locational characteristics of each of the properties are compared to the properties being valued in order to arrive at an estimate of value. In conjunction with the above the costs of replacing the existing structure are also considered.”
Despite the fact that the published valuation seems to have ignored De Wet’s official replacement method valuation, this statement also contradicts the basis used for De Wet’s estimation, namely the published valuations of listed companies’ property assets, and not on ‘recently sold properties’.
De Wet’s response
De Wet was surprised when she saw the published valuations, as they did not mirror her signed valuations. “I emphasised that the highest and best use estimates were not valuations, but utopian estimates. I looked at the valuations of these properties in the context that they are not involved in litigation, nor have construction or zoning constraints; they are at least 95% let, have a good and comparable tenant mix and have a similar foot count. There must also be no issue for the centre to attract tenants.”
De Wet also qualified these estimates in her report.
This is relevant as both the Villa and Zambezi have not been completed and have been involved in ongoing litigation with the developer.
The well-known property developer Louis van der Watt of Atterbury Property (the group that recently built the Mall of Africa), has also stated on several occasions that the Villa’s location is not ideal and that the centre would struggle to find tenants.
BDO
Moneyweb submitted a range of questions regarding the Nova financial statements to its auditors BDO in November last year, including questions regarding the valuation of the Villa. BDO has not responded formally to these questions.
At the time, BDO released a holding statement and launched an investigation into the financial affairs of the Nova group since the Sharemax collapse and said it would only comment after the completion of the investigation. BDO confirmed this position on Wednesday when asked to respond to this article.
Impairment would mean insolvency
This difference between the valuations is not only significant in terms of Nova’s asset value, but also as to whether it can properly be regarded as a going concern.
This increase in value, or fair value adjustment, is accounted for in the group’s income statement as revenue. Although the increase in the 2016 statements is only R56 million, the company has since 2012 accounted for fair value adjustments of the Villa of nearly R1.2 billion. (Remember, this is a half-built and derelict building.)
Although it is only a book entry, it is the major reason why the group has recorded profits over the past few years and may be the basis on which – in my view – excessive salaries and bonuses are paid to the directors.

Villa
Zambezi
Value in 2012
R498 million
R234 million
Value in 2016
R1.668 billion
R620 million
Increase in value
R1.17 billion
R386 million
Value as percentage of Nova assets in 2012
26%
12%
Value as percentage of Nova assets in 2016
43%
16%
A draft version of this article was sent to Dominique Haese (CEO) and Connie Myburgh (chairman) for comment. They did not respond to the email. Haese also did not respond to an SMS.
Nova has previously suspended correspondence with Moneyweb. The response below was sent to Moneyweb in November last year.
Dear Mr van Niekerk,
It is regrettable that our efforts in engaging Moneyweb openly, constructively and in a bona vide fashion has not been reciprocated. In response Moneyweb has chosen to publish articles without prior reference to us, and in breach of your undertaking to allow us to see and comment on the articles first, which articles twist the facts, articulate a number of inaccuracies and untruths and seek to slander and defame the Nova Group and its directorate. We are considering our position and our rights in this regard are reserved.
It has become clear to us that any information that is provided by us to Moneyweb, will be twisted and used out of context for the purpose of further negative reporting of and concerning the Nova Group and its directorate and given that no further productive purpose would be served in engaging with Moneyweb, the Nova Group has decided to break off all forms of communication with Moneyweb. We will accordingly no longer respond to questions Moneyweb pose to us, requests for commentary on proposed articles or for that matter to any articles that Moneyweb might publish, subject of course to a reservation of the right to deal with any matter Moneyweb might publish, in a court of law.
Please ensure, should you elect to publish anything further regarding the Nova Group and any of its functionaries, that you include in such publication our above position, verbatim.
Yours faithfully,
Dominique Haese
CEO Nova Property Group
Read also:
Part: ‘Corporate capture’ of Sharemax rescue vehicle
Part 2: Shareholder structure hides how directors acquired 87.1% of Nova shares
“I don’t think it’s fair to be required to adhere to King III’ – Nova CEO
24 facts Nova directors cannot deny
Nova suspends interest payments to debenture holders