THE LOST BOYS OF BIRD ISLAND VS GERT VAN ROOYEN

No Fear No Favours - Just the TRUTH 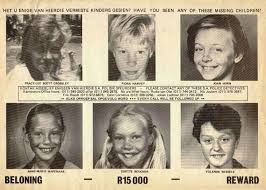 The apparent suicide of co-author of controversial book The Lost Boys of Bird Island, Mark Minnie, has resulted in suspicion around the circumstances around his death. The book, which was released on 5 August, details an alleged paedophilia ring that operated during apartheid.
Authors Mark Minnie and Chris Steyn named high-profile National Party ministers in that period including John Wiley, Magnus Malan, an unnamed minister and controversial Port Elizabeth businessman Dave Allen as being involved in the operation which allegedly raped and molested young coloured boys.
Minnie was found dead at a friend's farm on August 13 and despite police saying a suicide note and gun was found next to his body, several unnamed friends have expressed their shock at his suicide, with one person telling HeraldLIVE "I do not believe he would have taken his own life."
As speculation around Minnie's death continues and the contents of the book remains a talking point, there are several unanswered questions.
What happened to the boys of Bird Island?
On the final page of The Lost Boys of Bird Island, Mark Minnie appeals to victims of the alleged paedophilia ring to come forward. "Any victims who suffered at the hands of Dave Allen and company, let your voices be heard. Do not remain silent any longer."
Minnie was a former police officer during apartheid when he was asked by his brigadier to contact a woman who was part of his (the brigadiers) church. The woman claimed her son had "some info."
Minnie followed up and the woman and her son led him to her older son who was in hospital. The boy had allegedly been raped and a "foreign object forced up him." Records of the boy's stay at hospital were destroyed.
Minnie meets a second boy, who he refers to as William Hart in the book. William Hart is a pseudonym used by the author to protect the identity of the boy.  Hart was an informant for the police and was also allegedly a victim of the paedophilia ring and was the person who identified Dave Allen, John Allen, an unnamed minister and "Ore" the name the boys used to refer to Magnus Malan.
After months of investigation, the docket with all of the information about the case that Minnie had gathered went missing from his office.
"Looking around, I quickly discover that the Allen case docket is gone. The entire file has disappeared without my knowledge or approval."
Nobody knows what came of the two boys and the others who were alleged victims of rape and molestation at the hands of ministers.
The mystery matron & 10k
Minnie was sent by his brigadier to speak to a woman her son about "information." He later discovered and interviewed a young boy who had been raped. He had a nurse who was a contact at the hospital and she detailed an incident that happened when she was on night shift.
She said a helicopter had landed, a patient was wheeled into the private ward by three men dressed in grey suits and only the matron was allowed to tend to him. The nurse told Minnie she had peeked into the room and there was a young coloured boy being treated. There was, however, no record of the boy nor of him being in hospital. The matron who had helped the boy mysteriously disappeared, but Minnie tracked her down and she said she had been given R10,000.
"I haven't spent a cent, not a penny, Sergeant Max. All of the money is still here. I always knew it was trouble. It's dirty money. And now God has seen fit to punish me for my sins. Oh God, please forgive me."
The cover-up: The surgeon, the unnamed minister and flight logs
Both authors mention a surgeon who operated on a boy who had been raped. At the time he said he could not reveal information as it "violates patient confidentiality."
Steyn made contact with the surgeon in 2017.  She said he had become a wine farmer and wrote to him to ask for any information about performing a life-saving operation on a young boy 30 years ago. He took the same stance and said it violated patient confidentiality.
Steyn mentions sources who detailed how the ministers had flown by helicopter to Bird Island. Steyn was told that the logs of passengers who were on the flights weren't likely to be found as the entire "record keeping system has collapsed."
The authors name a second location where boys were allegedly raped and molested. This location is allegedly "a farm" in Witelsbos, near Eerste Rivier, and was a property that belonged to the unnamed minister.
Although the minister has renamed unnamed by the authors, Barend du Plessis, who was the finance minister in PW Botha's cabinet released a statement after the release of the book. He said he was "apparently the third and up to now unidentified minister who is still alive" that the book refers to.
He said "the fact that I am now raising my hand is absolutely not an admission of guilt to these disturbing allegations. Rather this statement is a confirmation that I am clearly being identified in the book and in news reports, by referring to a former minister who is still alive, who has a holiday home in the Eastern Cape, and who was a frontrunner to take over from the then state president..."
The Lost Boys of Bird Island is published by Tafelberg.

The death of Mark Minnie: What we know so far

Nine days after the book was released, co-author Mark Minnie was found dead.

A suicide note was found on the scene where the body of Mark Minnie‚ a former Port Elizabeth policeman and co-author of the recently released book‚ ...

‘My father was about to dive into something that could kill him,’ says Mark Minnie’s son

When Markus Mordiac first read his dad’s book – which delved into allegations that apartheid-era leaders were involved in a paedophilia ring – he had ...


JOHANNESBURG - The FW de Klerk Foundation has called for a proper investigation into allegations made about a paedophile ring which operated in the eighties, allegedly involving three former National Party ministers, including apartheid defence minister Magnus Malan.


The allegations are made in a new book, The Lost Boys of Bird Island, which was published last week, a few days before one of the co-authors, Mark Minnie, was found dead with a gun beside him.


Police found a suicide note on the scene where Minnie's body with a bullet to his head was discovered in Port Elizabeth on Monday.


Chairperson of the foundation, Dave Stewart, says information exposed in the book remain allegations until it is properly investigated.
Stewart says that like any serious crime the allegations made by Minnie and co-author Chris Steyn must be probed.
"We would like to see what the truth is about this story. We'll be watching reports in this regard."
Meanwhile, the Freedom Front Plus' Pieter Groenewald has called for the third minister implicated in the paedophile ring to be prosecuted and tested in court.
"I don't care who that person was, whether it was a minister in the previous dispensation or the present one, it doesn't matter. that person must be prosecuted and investigated. Nobody is above the law."
EYEWITNESS NEWS Mark Minnie, three days before he was found dead. (Lulama Zenzile, Netwerk24)
Multimedia   ·   User Galleries   ·   News in PicturesSend us your pictures  ·  Send us your stories
Mr X, one of the alleged victims of an apartheid-era paedophile ring, which allegedly included government ministers, is living in fear for his life, News24 sister publication Netwerk24 reported on Friday.
Mr X came forward and spoke to the publication last week following the publication of the controversial book The Lost Boys of Bird Island, co-written by Mark Minnie and Chris Steyn.
Minnie, 58, was found dead near Port Elizabethon Tuesday in what appears at face value to be a suicide.
His family had employed top forensic scientist Dr David Klatzow to investigate his death, Netwerk24 also reported.
READ: Mark Minnie said he would reveal more – publishing house
News24 previously reported that the book detailed how three former National Party ministers, including one who is still alive, were allegedly central figures in a paedophilia ring that operated during apartheid.
Since then, Mr X has been living in fear, telling Netwerk24 that he was going to erase all his traces on social media and change his cellphone number.
Mr X told Netwerk24 he did not believe Minnie’s death was a suicide, saying that would be "too much of a coincidence". Mr X during an exclusive interview with Netwerk24.
The Lost Boys of Bird Island alleges that former defence minister Magnus Malan, along with two other apartheid ministers and a local businessman, abused children on Bird Island, just off Port Elizabeth.
News24 reported on Tuesday that the book’s authors had been living in fear for their lives since the book's release two weeks ago.
READ: My 8 hours with Mark Minnie, 3 days before his death
According to well-placed sources, Minnie and Steyn had been receiving threats and there had been anonymous enquiries into their whereabouts.
Both Minnie and Steyn had been investigating several leads that have cropped up since the book was launched, but had been careful not to publicise what they had since unearthed.
Many of Malan's contemporaries, including colleagues and a former newspaper editor, have criticised the book and have rejected allegations that Malan was involved in sexual abuse.
NEWS24
Comments by Sonny Cox
The facts of the cases are revealed in a book on 5 August 2018, when it was first released..
The story is contested by the F W DE KLERK FOUNDATION WITH IMMEDIATE EFFECT.
The the one co-writer MARK MINNIE DIES UNDER SUSPECIOUS CIRCUMSTANCES SIMILAR TO TWO PEOPLE MENTIONED IN THE BOOK.
NOW, BRENT BARNES, THE TRUSTED FRIEND AND EX COLLEAGUE OF THE DECEASED MARK MINNIE, WHO PROVIDED MARK WITH A FIREARM FOR HIS PROTECTION, GOES MISSING?
THE POLICE IMMEDIATELY SUSPECT SUICIDE AS THE CAUSE OF MARK MINNIES DEATH?
THERE IS A STRONG DEBATE THAT MARK WAS NOT CAPABLE OF TAKING HIS OWN LIFE?
NOW A FAMOUS FORENSIC INVESTIGATOR, DAWID KLATZOW HAS BEEN APPOINTED BY THE MINNIE FAMILY TO INVESTIGATE THE SUICIDE/MURDER?
IT'S COINCIDENCE THAT ALL THE MURDERS (SUICIDES) FOLLOW THE SAME PATTERNS AND SUSPICIONS.
THE AFRIKANER BROEDERBOND IS ALLEGED TO HAVE BEEN BEHIND ALL THESE EVENTS.
A FAR CRY FROM THE "APARTHEID REGINE" IN SOUTH AFRICA.
THE GERT VAN ROOYEN AND HIS MISSING GIRLS ALSO REVEAL AN INTERNATIONAL PAEDOPHILE ORGANISATION AND SANCTION BUSTING NETWORK AT PLAY.
AMERICA WAS ALSO PLAGUED BY THE PIZZA GATE AFFAIR WHICH STEMS FROM THE WHITE HOUSE UNDER THE CLINTON'S AND JOHN PODESTRA.