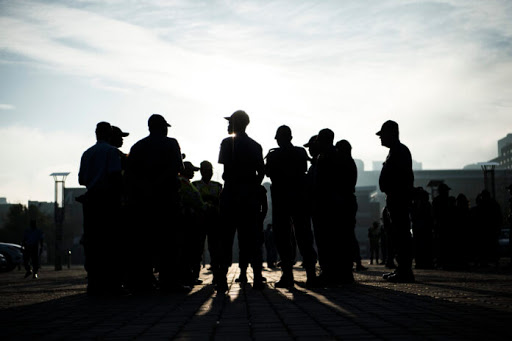 The bail application of the only suspect arrested for the murder of top cop Lieutenant-Colonel Charl Kinnear is expected to recommence in the Bellville regional court in Cape Town on Tuesday.

Zane Kilian was arrested on 23 September 2020, days after assassinating the anti-gang unit detective on 18 September outside his home in Bishop Lavis, Cape Town. Kilian, a former rugby player turned debt collector in Gauteng, was initially charged with murder, conspiracy to commit murder and the unlawful interception of communications.

After his first appearance in the Bishop Lavis magistrate’s court on 25 September, the case has seen several delays, partially emanating from the ongoing investigation.

Before Kilian’s bail application was finally heard in mid-December, he appeared in the Bishop Lavis magistrate’s court several times, until the court decided its location posed security threats for the accused, court staff and the community. The case was then moved to the Bellville regional court.

At Kilian’s first hearing in Bellville, additional charges, spurred by a Hawks investigation, were filed against him. These included fraud and conspiracy to commit murder. The fraud charge relates to Kilian’s certificate confirming he is a private investigator, which was provided to the court by his legal representation team.

The certificate was proof of evidence that Kilian acted within his rights when he tracked thousands of cellphone numbers, including that of Kinnear. But it appeared the certificate has been forged, leading to the removal of his advocate, Eckhard Rosemann.

Johan van Aswegen replaced him. The conspiracy to commit murder charge links Kilian with the assassination attempt on the Cape Town lawyer William Booth on 9 April 2020. This case is running separately in the Cape Town magistrate’s court.

Covid-19 also had an effect on the case. Kilian’s bail application was postponed three times: twice  after the public prosecutor was in direct contact with someone who tested positive for the virus, and once when Kilian’s fellow inmate showed Covid-19 symptoms. These delays led to Kilian spending Christmas behind bars.

Meanwhile, an internal police investigation has recently been launched against the Western Cape anti-gang unit head, Major-General André Lincoln. This is the same unit to which Kinnear belonged — and the same team he allegedly informed that his phone was being tracked. The probe against Lincoln relates to the unexpected withdrawal of protection services at Kinnear’s home in December 2019.

The withdrawal occurred shortly after a failed hand-grenade attack outside Kinnear’s home while the investigator, his wife and two sons were inside. This case has been ongoing for two years in the Parow regional court.

Kinnear’s wife, Nicolette Kinnear, has also requested reports from top police management, which were promised by Police Minister Bheki Cele a day after her husband’s death.

Cele promised an investigation and  report into why protection was withdrawn from their home. He also admitted that the police “have failed to protect one of their own”. This after the police failed to act when they were informed that Kinnear’s phone was being tracked between 3 and 18 September, the day of his murder.

“Two weeks ago, I was told an internal investigation [on the withdrawal of protection services] is ongoing. How can they carry out an investigation without a report?” claims Nicolette Kinnear, referring to the probe into the anti-gang unit boss, Lincoln.

Parliament’s portfolio committee on police is expected to meet on 23 February. Nicolette Kinnear, who will attend the meeting, hopes to receive feedback then.

Who authorised the illegal telephone tapping of this ex cop?

WAS HE ALSO AN AGENT OF ZUMA'S SSA AS A PROFESSIONAL RUGBY PLAYER?  OR WAS IT A HAWKS PL,ANT.

GOOD COVER FOR AN ASSASSIN.