Killing of intruders will lead to arrest’ 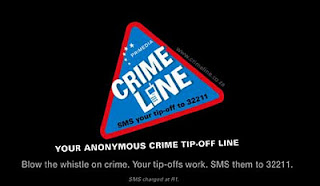 Killing of intruders will lead to arrest’

INDEPENDENT NEWSPAPERS
The arrest of Manor Gardens resident Dennis Webster, who killed an intruder in his kitchen at the weekend, has outraged many people.
Related Stories
Man who killed intruder granted bail
Man held after killing intruder
Durban -

Police will arrest homeowners who kill intruders when protecting their homes and families – even if the incident is clearly self-defence.

A Durban criminal lawyer warned homeowners on Tuesday, particularly in the light of the escalating violent crime, that if they killed in self-defence, they could be arrested and charged with murder.

The advocate, who specialises in criminal cases and therefore cannot be named, said the police had “far-reaching” powers of arrest, according to the Criminal Justice Act, and a situation could “depend on the mood” of the arresting officer.

But the police were “not morons” and had been trained, and could see something at the crime scene to make them suspicious. “That’s why they have the power to make that decision there and then,” she said.

The advocate said killing another person was a schedule one offence and the guilt of the perpetrator had to eventually be decided by a court.

The arrest of Manor Gardens resident Dennis Webster, who killed an intruder in his kitchen at the weekend, outraged many people.

What made the situation worse was that the men accused of beating to death a rugby fan at a Sharks match 10 days ago still have not been arrested, despite being known to police.

“You can be quite sure these guys are lawyered-up and that there is a lot of negotiating going on behind the scenes. The cops want to make sure they get a conviction. It’s going to be hard to prove as most of the witnesses, I would think, were drinking, and of course, the suspects can argue it was dark,” the expert said.

David le Roux, an international expert on fight and flight behaviour who is often called to court for his professional opinion, said that no court would find Webster guilty of murder if he was defending himself against an intruder.

“Why he got arrested, I don’t know – it’s absolutely unacceptable,” he said.

Durban private investigator Peter Kitshoff, who was arrested several years ago for shooting a man in similar circumstances, accused the police of overreacting in incidents of self-defence.

“Why must the person be detained? The cops can’t guarantee that person’s safety in the cells. Things can happen there that can put a death sentence on you for the rest of your life – and all you were trying to do was protect your home and family. It’s life-changing,” he said.

On Tuesday, Webster said his night in jail and the “whole experience” had left him traumatised and shocked.

“I just don’t want to talk about it any more. I just want to keep to myself. This whole thing is crazy. I was just protecting myself,” he said.

“Each case has to be judged on merit. A human being has died and these people have to convince a court of their story.

“You must remember that an arrest is not to punish someone, but to secure their attendance in a court. There are many ways we are legally allowed to secure an arrest and, in both these incidents, we have acted within the law,” he said.

The Mercuryl lead to arrest’
Posted by Tango at 10:48 PM