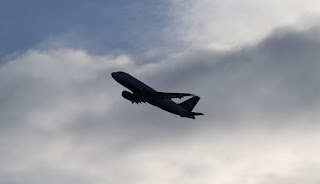 Low-cost African airline Fastjet could start operating in South Africa in partnership with an investment company linked to one of Jacob Zuma's sons.


Under a memorandum of understanding signed with Blockbuster, Fastjet could start operating on the Johannesburg to Cape Town route by the end of May, it said in a statement on Wednesday.
Blockbuster, which would own a 75% stake in the entity, is associated with Zuma's son Edward Zuma and local businessman Yusuf Kajee.
Air fares in South Africa "skyrocketed" since 1Time was liquidated in November, said Fastjet chairperson David Lenigas.
"We do not seek to be a hostile competitor in the market place, as we fully understand and appreciate the significance of the national carrier and existing airlines in country," he said.
"Fastjet seeks to meet ... demand, and we look forward to bringing the people of Africa the continent's first low-cost, point-to-point, all jet airline, operating to international standards of safety and quality."
Lenigas said the airline intended operating flights on the Johannesburg to Cape Town route twice a day, and would launch flights to other destinations once this route was established.
Entry strategy
Fastjet had been in talks with a number of local entities to support its market entry strategy.
This has included the potential buying of liquidated airline 1Time.
However, Fastjet's directors believed the value of 1Time had diminished over time, and with no indication whether 1Time would accept its offer, the company chose instead to invest in the Blockbuster and Federal Airlines venture.
Federal Airlines commercial manager Brad Dickson said it looked forward to working with Fastjet to cement a new relationship in the South African aviation environment.
Fastjet chief executive Ed Winter said the operating agreements in place between Blockbuster and Federal Air represented a "great opportunity" for Fastjet.
"Though we have been in talks with a number of companies regarding licensing arrangements, we have ultimately decided that, in order to best serve South African customers, we should invest not in the past, but in the future," he said.
"We are now firmly focused on quickly getting up and running in order to create a fresh, unique, and commercially sustainable offering which will stimulate the market."
.

The Zuma's score another first in SA.