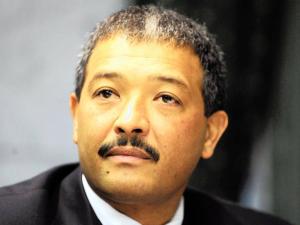 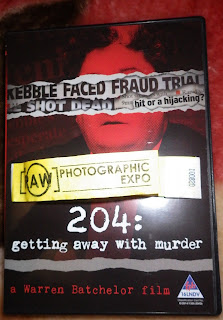 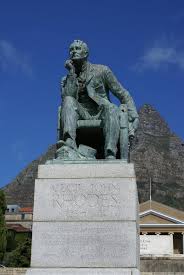 Cape Town - Payouts for the departure of top government officials before their contracts expire, often amid allegations of misconduct or fallouts with ministers, cost South African taxpayers millions of rands each year, a spate of parliamentary replies shows.

This included R3 109 029.80 paid to former Hawks boss Anwa Dramat in March after his suspension over a controversial rendition of Zimbabweans, the police ministry confirmed on Monday, alongside golden handshakes of just over R35.2 million to some 22 top police officials, who left in three of the past five years.
The spate of parliamentary replies came in response to DA questions to various ministers about officials who were paid out the remainder of their contracts to depart from office in the period between the 2008/9 and 2014/15 financial years.
However, the clumsy phrasing of the questions appears to allow answers related only to amounts paid out for the remainder of an official’s contract, leaving potentially unanswered other possible payments related to, for example, bonuses, leave and expenses and other allowances.
National Treasury, in its response, indicated former SAA boss Khaya Ngqula was paid R9.35m in a “separation agreement” even though he faced misconduct charges at the time of his departure from the loss-making national airline. The 2008/9 SAA annual report shows he received also received R4.656m for salaries and retention premiums.
Thus, while Dramat was paid just over R3.1m for the remainder of his contract, he may also be paid R60 000 a month until age 60, or another 13 years, as the Mail & Guardian reported earlier this year.
According to Police Minister Nkosinathi Nhleko’s parliamentary reply, Dramat left under Section 35 of the SAPS Act, which allows for discharge on account of redundancy, the interests of the service or appointment to the public service.
Section 35 also is the reason cited for the departure of lieutenant-general Hamilton Hlela, who was paid just over R2m although he faced financial misconduct charges at the time. Last month he pleaded guilty to receiving kick-backs for two holidays for himself and his wife, according to the City Press.
The payouts also include R2.194m paid to lieutenant-general Andre Pruis in January 2011 who retired, according to SAPS official statements at the time, but whose departure is reflected as one under Section 35 in the parliamentary reply.
The SAPS golden handshakes also include just over R1.9m paid to two former deputy national commissioners, lieutenants-general Godfrey Lebeya and Leah Mofomme, in 2014 under Section 189 of the Labour Relations Act. The settlement followed their challenge to retrenchment by national police commissioner General Riah Phiyega after the two argued for the retention of their deputy national commissioners ranking when the SAPS boss moved them to different posts.
In its parliamentary reply to the DA question, National Treasury revealed the Public Investment Corporation (PIC) paid R3 188 014 in settlements to undisclosed officials, while the South African Revenue Services (Sars) paid out R 4 745 571.68 over the 2008/9 to 2014/15 period, but also declined to name the officials due to “confidentiality agreements”.
However, the Sars figure does not include the settlements rumoured to have been reached with top Sars officials Ivan Pillay and Peter Richer amid the terse controversy sparked when a so-called rogue unit was uncovered. Both officials left in May, and any settlement figures would fall within the 2015/16 financial year which started on April 1, 2015.
In agriculture, the parliamentary replies show, two successive agriculture directors-general received R2 754 152.71 in payouts after they left within three years of each other, both before their contracts expired, while a ministerial special adviser was paid R750 125.54 after her contract was terminated.
In addition, the agriculture department paid just over R2.728m to four officials at two entities under its auspices, the Agricultural Research Council and Onderstepoort Biological Products, where the official who received a R1.195m pay-out was on suspension pending a misconduct probe.
Political Bureau

THIS IS HOW THE ANC GETS RID OF OPPOSITION AND STILL KEEPS THEM QUIET.
TAX PAYER AND PUBLIC FUNDS ARE PAID FOR POLITICIANS MISTAKES!
CORRUPTION REMAINS RIFE IN THE SOUTH AFRICAN DICTATORSHIP!
THE ARAB SPRING IS NEARER THAN WE THOUGHT!