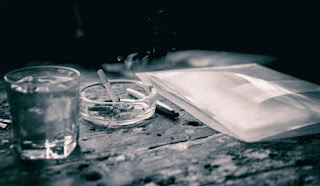 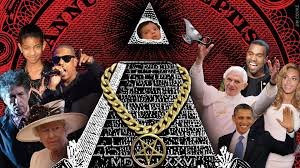 Craig Williamson, one of apartheid’s most ruthless spies and assassins, is one of many “agents” named in a massive data leak posted on a Twitter account, @EspionageSA, and which points to wide-scale industrial espionage, fraud, racketeering, corruption and bribery by agents representing and working on behalf of British American Tobacco SA (BATSA). While the allegations are not new, the explosive documents reveal how members of SAPS, the State Security Agency, the Hawks and SARS were drawn into BATSA’s attempts to eliminate competition in South Africa. These actions ultimately led to the destabilisation of SARS and the purging of its top executive structure in 2014. By MARIANNE THAMM.

If we take this matter a little further then it is possible
that the cia and mi5 & mi6 should be directly implicated
in all these investigations.

these wikispooks have been operating illegally
infinitum.

sharemax is but one organisation that should also
be identified in this investigation of theft fraud and
money laundering.

A CERTAIN NPA ADVOCATE "NOLLI PROSECUTE" ONE OR MORE OF
THESE INVESTIGATIONS.

SHE IS BEING PROSECUTED FOR IRREGULARITIES DURING HER
TERM OF OFFICE.

these wikispooks set out aS masons who infiltrated the
anc, sacp and broederbond.

when the broederbond and the nationalist party
folded (PRE 1994) they were left in the Cold and had to
resort to  becoming masons aND CRIMINAL ON A BROADER
SCALE.

FSS (Forensic Security Services) AND ALL
OTHER STATE ORGANISATIONS INVOLVED
WERE INFILTRATED POST 1994 BY ROGUE
AGENTS OF ALL DENOMINATIONS.

THESE ROGUE ELEMENTS ALSO THREATENED
TO EXPOSE F.W. DE KLERK AND HIS
PARLIAMENT SHOULD THEIR PENSIONS, BENEFITS
BE CURTAILED.  MORE EXPOSURE TO FOLLOW.

TERRORISM, DRUGS (INCLUDING CIGARETTES
AND LIQUOR), FIREARMS, EXPLOSIVES AND
MONEY LAUNDERING FORM PART OF THEIR
VICES.

OUR SOURCES AND AGENTS ALSO RECEIVED
THESE DEADLY CLUES FROM THE "#BLACK
WIDOW" AND HER DEADLY WEB OF
INTRIGUE.

THIS IS WHY THE SAPS MEMBERS WERE USED
TO ESCORT BAT SHIPMENTS WITHIN THE
BORDERS OF SOUTH AFRICA.

THE VERY SAME MEMBERS WERE CAUGHT
HIJACKING CONSIGNMENTS OF CIGARETTES
IN TRANSIT.

WHY HAVE ALL THESE INVESTIGATIONS AND
ARRESTS GONE  MISSING IN THE SYSTEM?

A THREAT TO THE BAT.

TOP OFFICIALS ARE INVOLVED IN THIS
CORRUPTION!