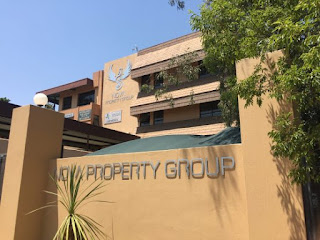 RYK VAN NIEKERK: The four directors of the Nova Property Group, the rescue vehicle of the failed Sharemax property syndication scheme, managed to acquire 87.1% of the issued shares and 91% of the voting rights of the company.

This may be why the directors aggressively fought Moneyweb’s legal efforts to access the group’s shareholder registers for more than three years, after former Moneyweb journalist Julius Cobbett applied for access in terms of Section 26 of the Companies Act.

After three years the Supreme Court of Appeal found that the directors have no choice but to open their registers, and the Constitutional Court denied them leave to appeal against this judgment.

The directors recently gave Moneyweb access to the registers and it revealed that the Nova directors Connie Myburgh (chairman), Dominique Haese (CEO), Rudi Badenhorst (financial director) and Dirk Koekemoer (operations director) have an absolute equity and voting control of the company.

On the line is Dominique Haese. She is the CEO of Nova. Dominique, is it not a conflict of interest for the four Nova directors - the only directors on the board - to own 87.1% of the shares and 91% of the voting rights?

DOMINIQUE HAESE: Good evening, Ryk, and thank you for the opportunity. It is definitely not a conflict, it is in accordance with the scheme of arrangement, it was disclosed like that in the scheme of arrangement. The scheme gave the three directors at the time, who were Dirk Koekemoer, Rudi Badenhorst and myself, the right to nominate the seven people who would ultimately hold the balance of the shares, not so elected by the converting debenture holders, whatever that balance might have been, if there was to be a balance. Nobody would have anticipated who would have converted and how many or how little would have converted. In our instance the conversion process was even extended by four months to give people additional time to consider such a conversion because ultimately it would be better for the Nova Group to eliminate the liability that comes with the debenture holder.

DOMINIQUE HAESE: It was, in fact, disclosed, it was disclosed already in the scheme documentation as an annexure to the documentation, with reference to the annexure explaining exactly the conversion process, the effect thereof should you decide to convert or not, and also what happened to the leftover shares not taken up by converting debenture holders. So it was at all times explained, it was discussed even at the roadshows before the scheme conversion process took place. So I’m not quite sure where one could say that everything was under wraps or that it’s…

RYK VAN NIEKERK: Well, it’s quite simple because 2.2 billion shares were issued to the founding shareholders, 87.1% were issued to the directors. That percentage and the shareholding was supposed to have been disclosed in terms of the Companies Act and it wasn’t done. Have you ever disclosed that the directors collectively own 87.1% of the shares?

DOMINIQUE HAESE: We have discussed it at AGMs because shareholders, who attend our AGMs, obviously ask the questions and they’ve been informed of this. We don’t need to disclose issues of shareholding in annual financial statements in any year unless there was an issue. There has been no issue of any shares to any director or related company since 2013 after the election process.

RYK VAN NIEKERK: But Nova Property Group is a public company, it represents the investments that 33 000 investors made in the old Sharemax scheme, it amounts to about R5 billion, don’t you think it’s good corporate governance to disclose who actually owned the shares of the company that manages the assets, the buildings, which their initial investments financed?

DOMINIQUE HAESE: Ryk, we do disclose it, we disclose it to relevant stakeholders at relevant times. The fact that we didn’t disclose it to Moneyweb is a separate argument. But all our stakeholders, including financiers and banking institutions, know exactly who the shareholders are. There’s nothing sinister about it, there is nobody who is negatively impacted by the fact that the non-converted debentures are held in a nominee company for an investor or an equity partner or funder to come in to possibly fund the group at a later stage, take up the shares and help pay the debenture holders, which is the primary goal of this scheme of arrangement.

RYK VAN NIEKERK: Let’s talk about the payment to debenture holders. Since there are only four members on the board, they own 91% of the voting rights, the salaries they have approved to pay themselves amounts to a lot more than what is paid out in interest to 31% debenture holders. For example, in the 2015 and 2016 financial years the four directors paid themselves R16.7 million and R19.6 million. In the same period the board paid interest to debenture holders of R10.5 million and R14.1 million. Is that not a serious result of the dominant shareholding of the directors?

DOMINIQUE HAESE: Not at all. Ryk, your figures are unfortunately incorrect, even after we have sent you numerous communications over the last couple of weeks since we engaged with you. The directors have not paid themselves the quantum of R66.2 million that you that you allude in your report. In fact, we paid ourselves a lot less, the quantum is around R51 million and it includes bonuses accrual. We won’t be paying ourselves exuberant amounts of money because simply the scheme won’t allow for it.

RYK VAN NIEKERK: But those numbers were disclosed in the annual financial statements.

DOMINIQUE HAESE: Yes but your figure includes an accrual, so it wasn’t paid out physically, also we paid debenture holders far more than the R86.6 million that you referred to. We, in fact, paid them R167 million. Your reference to R86.6 million is merely the interest that we’ve paid investors or the returns that we’ve paid them. While we’ve paid capital, which is the ultimate goal of the scheme, to people 100 cents in the rand, which would be another R80 million. So if one looks at industry norms and market-related salaries, our salaries, if you do the calculation properly, is 70% of what an industry norm salary would be, taking all the risk, taking the responsibility of this group.

RYK VAN NIEKERK: But you not only earn these massive salaries – and I dispute the fact that they are market-related – but you also earn 87% of the issued shares. If the company would go into liquidation tomorrow, according to your latest financial statements that ended in February this year, there would be a net asset value of R1.2 billion and that would give the four directors a claim on the net asset value of close to R280 million each.

DOMINIQUE HAESE: Ryk, if one assumes that you could presently turn the assets into cash disclosed valuations on the assets in terms of best estimate use, if we can achieve that then we did a great job. Should there be any such cash left then it is fully justified I think.

RYK VAN NIEKERK: Just lastly, Dominique, does the Nova board run the company according to the King III guidelines?

DOMINIQUE HAESE: We try our absolute best to do it in terms of everything that’s going on. Remember, this is governed by a scheme of arrangement, a court order, so it makes it difficult. We are aware of certain things, which in terms of the King of a listed public company we try to adhere to but won’t be able to. It is a very high-risk job with a lot of negative publicity, nobody will take all these obligations, risks and signing suretyship and be a non-executive director involved, it simply isn’t that simple to find people who would want to serve on the board. So we are tasked with this job, from the beginning in 2010 when we put this together, to avoid liquidation and we sit with it and we have to see it through. I am comfortable that we are doing a very good job applying King in whichever format we can, as an unlisted company, to procure value to the group, which we’ve done since 2012 when the value of the accumulated profit was zero, we’ve increased in 2016 to R1.1 billion. We’ve increased the share value for these converted shareholders by 50%. So I think we’ve done a very good job and we’ve paid people R167 million over the last four years. I don’t think it’s really fair to be requested to adhere to King, it’s simply not possible under a restructured scheme of arrangement of this nature.

RYK VAN NIEKERK: But surely you can comply to the disclosure of the directors’ shareholding in the company in the financial statements in public, the composition of the audit committee, which is not compliant to the , not only the King Code of Governance but also the Companies Act, and why there is not a representative of the 31 000 debenture holders on the Nova board, it is simple governance, which does not seem to be done according to good accepted guidelines.

DOMINIQUE HAESE: Ryk, we are still taking legal advice in terms of the Companies Act disclosure back in 2012. If it is an oversight and should have been disclosed then, there were only eight shareholders in 2012, namely the seven of us plus Nova nominees. It is definitely not a concern to us, we adhere to corporate governance, the Companies Act on many, many levels, in fact, on all levels. I have no concern that we are not doing the best for the ultimate benefit of repaying these people.

RYK VAN NIEKERK: Why is there not a representative of the 31 000 debenture holders on the Nova board?

DOMINIQUE HAESE: That would be in direct conflict of what King actually prescribed.

DOMINIQUE HAESE: Because there’s an interest, you’d have to get a completely non-connected, non-involved person. So it can’t be a debenture holder or a shareholder, it has to be somebody completely independent. We have approached people in the past, over the last year, to serve on the audit committee and the remuneration committee but there’s nobody who wants to do that. The risk is too high, the reputational risk, the signing of suretyship, the continuous bombardment of press, negative press. People don’t want that, so nobody will serve on the board.

RYK VAN NIEKERK: Thank you, Dominique. That was Dominique Haese, she is the chief executive of Nova Property Holdings.
Posted by Tango at 2:55 AM