Tokyo Sexwale made the announcement while giving feedback on Geoff Budlender's report into Trillian and alleged links to the Guptas. 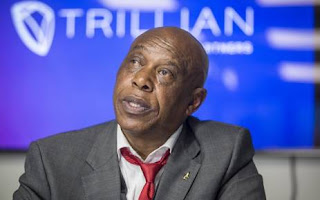 OHANNESBURG – Tokyo Sexwale has announced that he is stepping down as chairman of Trillian, and Thursday is his last day on the job.
Sexwale says one family and allegations of state capture are destroying his organisation.
He says one group of people has had control over the country.
The businessman is briefing media on the Geoff Budlender's report into Trillian and alleged links to the controversial business family, the Guptas.
Sexwale has urged people not to wait to get caught through incriminating emails but to rather come out with information on state capture.

Twitter Ads info and privacy
He adds that he knows the Guptas are good people, but maybe there is something he doesn’t know.
Sexwale says emails exposed in the Gupta leaks have shocked him.
An independent investigation into Trillian Capital Partners has shown that the company did help the Gupta family pay for the Optimum coal mine.
The report by Budlender has revealed several links between Trillian and the Guptas. It shows that on the same day that Gupta-linked company Tegeta paid for the Optimum Coal Mine, a large sum of money was withdrawn from Trillian's current account.
Advocate Budlender has also revealed how work was done for Eskom by one of Trillian's subsidiaries and therefore when Public Enterprises Minister Lynne Brown was answering questions about this in Parliament she either provided false or seriously misleading information.
He has pointed out that Trillian management has consistently attempted to obstruct his investigation and failed to provide information.
At the same time, Sexwale says allegations of state capture – along with the power of the Guptas – is destroying the both the ruling party and the country.

The Magnet who wanted to become PRESIDENT BY 2019.

CAUGHT IN BED WITH THE GUPTA'S