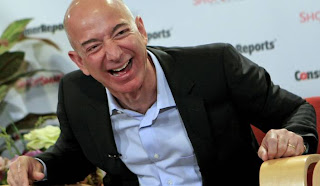 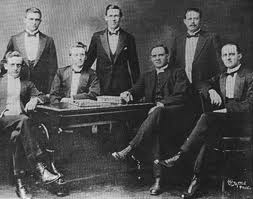 Amazon Inc founder Jeff Bezos has agreed to buy the newspaper assets of the Washington Post Co , including its flagship daily, for $250 million.


he surprise deal follows the New York Times Co's sale of the Boston Globe for $70 million, and is a further indication of the unprecedented challenges newspapers face as advertising revenue and readership declines.
Washington Post Chairman and Chief Executive Donald E. Graham, whose family owns the paper, said it would be better served with another owner.
"I, along with Katharine Weymouth and our board of directors, decided to sell only after years of familiar newspaper-industry challenges made us wonder if there might be another owner who would be better for the Post," Graham said.
"Jeff Bezos' proven technology and business genius, his long-term approach and his personal decency make him a uniquely good new owner for the Post."
Bezos, who has built Seattle-based Amazon.com into a shopping and online technology force over the last two decades, made a small foray into media earlier this year with a small investment in internet news site Business Insider.
In a letter published on the Washington Post's website, Bezos, promised no radical change.
"The values of The Post do not need changing," Bezos wrote. "The paper's duty will remain to its readers and not to the private interests of its owners.
Amazon.com is to be kept separate from the Post deal, according to the Washington Post.
The transaction covers The Washington Post and other publishing businesses, including the Express newspaper, The Gazette Newspapers, Southern Maryland Newspapers, Fairfax County Times, El Tiempo Latino and Greater Washington Publishing. DM
Photo: Jeff Bezos (Reuters)

Is this another conspiracy or a genuine sale?

Is Global Media is still in control of our daily business.