Dozens of top cops are criminals 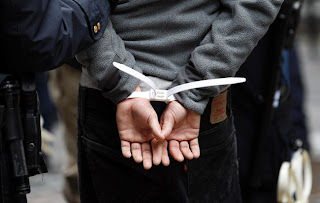 
Image by: Gallo
Some of the most senior officers in the police force have criminal records. They include a major-general, 10 brigadiers, 21 colonels, 43 lieutenants-colonel and 10 majors.


This was revealed to members of parliament yesterday when police management reported that none of the 1448 officers that a recent criminality audit had found to have records had been fired, and detailed their ranks.

The revelations follow a recent exposé by The Times of corruption in the police crime intelligence unit. The reports detailed how a "Captain KGB", who was responsible for evaluating security threats against President Jacob Zuma, was allegedly running a cash-in-transit gang using information he obtained to stop heists.

He was jailed two months ago after it was established that he had been convicted of an armed robbery in 1994. His criminal record was never detected on the police database and he joined the force in 2000. How this happened is being investigated.

Yesterday, the acting deputy national police commissioner for human resources, Nkrumah Mazibuko, told MPs that most of the officers with records had, like Captain KGB, joined the SA Police Service after they had been convicted. Their crimes ranged from petty theft to rape and murder.

The audit, which covers only the period before January 2010, was conducted to establish how many officers with criminal records were still employed by the police.

Trying to explain how convicted criminals succeeded in remaining in the police force, Mazibuko said: "They go through a disciplinary process. appeal and we are ordered to reinstate them.

"If the person appeals the sentence . and it [the sentence] is reduced to a suspension then, in terms of our own [police] Act, the person is entitled to apply for reinstatement," Mazibuko said.

To rectify the situation, identity numbers were being cross-referenced against the SAPS criminal records database, he said.

The officers involved were also being subjected to fingerprint tests to validate the authenticity of their criminal convictions.

External lawyers had been appointed to scrutinise the 1448 members, starting with a sample of 300.

While petty offences like speeding were excluded, the remaining 1448 files had been categorised into:

convictions and sentences less than three years; and

convictions for serious crimes such as murder, rape, corruption and theft and members with multiple offences.

The police also plan to:

vet all employees;
institute disciplinary measures as soon as a report of an arrest of an officer is received;
streamline management control systems such as reviewing the powers entrusted to an officer; and
make it compulsory for all SAPS employees to sign an undertaking declaring their criminal status.
MPs slammed the employment of so many criminals by the police, saying it was unacceptable that police disciplinary procedures were "a mess".

DA MP Dianne Kohler Barnard said 306 of these police officers had had criminal records when they had joined the SAPS and 1142 had committed crimes while in the force.

"This included a major-general . the vast majority of the 1448 are top brass.

"This 1448 leaves out .the 8000 police officers who were excluded from the audit because they had already been fired or their crimes were considered 'petty offences'. Any offence is an offence and the police should be held to a higher standard," Kohler Barnard said.

She slammed the fact that no deadline had been set for the completion of the audit, which began in 2010.

"This is the fault of police management. No answers were forthcoming about when checks for criminal records for new entrants stopped or when station managers stopped reporting criminal activities on the part of their members," Kohler Barnard said.

COPE MP Mluleki George said: "I thought the requirement of employment is that you should not have a criminal record?

"The issue is if a person is found guilty in a court of law it means he has a criminal record. So why are they keeping him on in the service?"

The chair of the portfolio committee on police, Annelize van Wyk, said she was equally concerned that "we are expected to, and South Africa is expected to, sit back and accept that 1448 identified criminals must still be paid for another year with taxpayers' money, must still carry a firearm, and must still wear the blue that should be worn with pride". - Additional reporting by Sapa 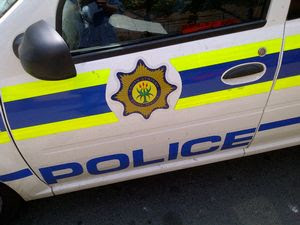 Several high-ranking police officials are on a list of officers with criminal records, Parliament's police portfolio committee heard on Wednesday.

The audit was conducted to find out how many officers with criminal records remained in the service's employ.

MPs shook their heads in disbelief after Mazibuko was pushed to list the ranks of the convicted officers. They included a major-general, 10 brigadiers, 21 colonels, 10 majors, 43 lieutenant-colonels, 163 captains, 84 lieutenants, 716 warrant officers, 267 sergeants, 129 constables, and two personnel officers.

Most of the officers were convicted after joining the service, and none had been dismissed as yet.

"These people are subjected to disciplinary process and then they take the matter up on appeal, and we get an order to reinstate the person," Mazibuko said.

"If that person appeals the sentence... and he gets the sentence reduced maybe to a suspended one by a criminal court, then in terms of our own [police] act such a person is entitled to apply for reinstatement."

MPS said it was unacceptable that police disciplinary procedures were "a mess".

"I thought the requirement of employment is that you should be criminal record free. You are now getting involved with whether a person is sentenced to jail or fined and that's not the issue," Cope MP Mluleki George said.

"The issue is if a person is found guilty in a court of law it means he has a criminal record. So why are they keeping you in the service if that's what your employment criteria says?"

Mazibuko conceded the police's capacity to deal with convicts in their own ranks was not what it should be. Police management was trying to overhaul the disciplinary regime to deal with the problem.

It intended establishing a board of fitness to determine if officers with criminal records should remain on duty.

MPs were not happy with the responses. Some insisted on immediate action against the 1448 officers.

"I share the committee's concerns that we are expected to, and South Africa is expected to, sit back and accept that 1448 identified criminals must still be paid for another year with taxpayer's money, must still carry a firearm, and must still wear the blue which should be worn with pride," committee chairwoman Annelize van Wyk said.