Chuck Blazer forfeited $1.9m when he pleaded guilty, and is due to pay more to the authorities when he is sentenced. 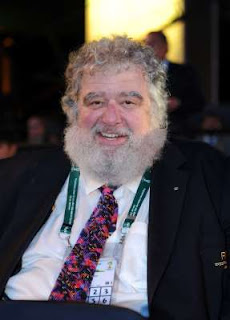 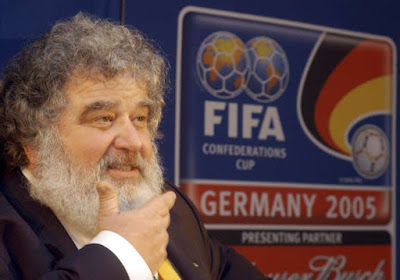 A request from an opposition party has prompted the Hawks to begin a preliminary investigation into the $10-million Fifa bribe.

The Hawks will conduct a preliminary investigation into allegations that SA Football Association (Safa) head Danny Jordaan was involved in the funneling of a $10-million bribe to host the 2010 Soccer World Cup in South Africa.

Hawks spokesperson Brigadier Hangwana Mulaudzi on Thursday said this decision came after a request from an opposition party.

"The Freedom Front Plus came to us on Tuesday and dropped off some documents demanding that we look at them," said Mulaudzi.

"We are going to have a preliminary investigation based on the information they have given us," he said.

"If there is enough to open a case we will do it."

He said the right to request an investigation on anything was available to any member of the public, or political parties.

They had not been approached by the Federal Bureau of Investigation or US authorities on the controversy yet.

He said that the FF Plus said their request was based on information they claim to have regarding Safa officials.

Asked whether the Hawks had initiated its own parallel investigation, he said the specialist police unit did not have jurisdiction, but if Parliament's justice cluster decided it was necessary, it would do so.

FF Plus said its parliamentary spokesperson on sport, Anton Alberts, had received confirmation on Wednesday that the Hawks would investigate.

Alberts had asked that the Hawks examine allegations that Jordaan, who was recently appointed Nelson Mandela metro mayor allowed $10-million to be paid to the Confederation of North, Central America and Caribbean Association Football (Concacaf).

"He said the Hawks confirmed that the investigation would be done in conjunction with the American Authorites and the FBI, which are already investigating," FF Plus said in a statement on its website.

Mbalula not changing his tune 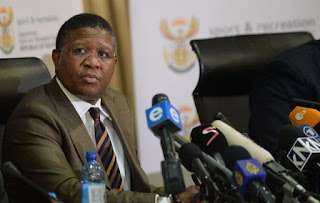 SAFA had initially informed the media that members of the 2010 LOC would address the media on the allegations that have been made against them, but the press conference was only attended by the Minister and Director General Alec Moemi.

Mbalula explained that those who were seeking answers from the LOC would not get answers, as the LOC was disbanded following the hosting of the 2010 FIFA World Cup.

The Minister said the $10-million that US authorities claim was a bribe paid by the LOC was an approved payment to support football development in the Concacaf region through the African diaspora programme.

“The fact that a payment of $10 million was made to an approved programme above board does not equate to bribery,” he said. “Those who allege should prove their allegations.

“We refuse to be caught up in a battle of the United States authorities and Fifa.”

Mbalula continued his defence of the county’s 2010 World Cup bid, saying that the sports ministry frowned upon the allegations made by the US.