Activist against farm attacks murdered on her Limpopo farm

Annette Kennealy was brutally attacked and murdered and police are currently looking for an employee who has disappeared following the incident. 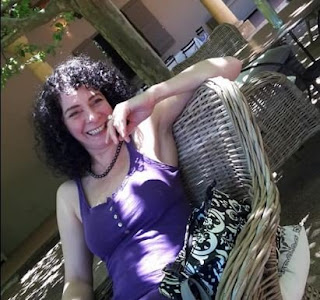 Annette Kennealy, a vocal activist against farm murders, has been brutally killed on her farm in Makhado, Limpopo, News24 reports.
The incident took place late either on Monday evening or early on Tuesday morning on the Welgevonden farm, according to TimesLive.
Limpopo police spokesperson Colonel Moatshe Ngoepe confirmed the murder.
“It is alleged that the deceased, Annette Kennealy, who was staying with her employee, was attacked by unknown suspects at this farm. The family members tried to call her without success, until one of them went to investigate,” he said.
“On arrival he found the deceased inside the house lying in a pool of blood, with multiple stab wounds. The whereabouts of the deceased’s employee is unknown at this stage.”
Ngoepe adds that police are now looking for the employee, identified as Kenny Ramatshimbila.
It has been requested that Ramatshimbila, who has reportedly disappeared since the murder took place, reports to the Makhado police station for questioning.
Maroela Media reports that Kennealy’s body was found with several wounds to her head. A hammer and iron pipe were reportedly found beside her body.
Kennealy was known as an activist against farm murders. Her last Facebook post served to highlight what was described as a “sudden spike” in farm attacks in the past week.

Farm murders are well orchestrated by a THIRD FORCE CLOSE TO THE RULING PARTY.
IT WAS THE NEW PRESIDENT WHO WAS GOING TO IMPLEMENT LAND INVASIONS AND LAND GRAB.
THE EFF CAME SECOND ON THIS AGENDA.
Today we will see the opposition of CYRIL RAMAPHOSA AS PRESIDENT BY HIS OWN IMPI'S IN PARLIAMENT.
ZUMA PROMISES NO EASY RIDE TO POWER!
SOUTH AFRICAN HISTORY IS ABOUT TO MAKE A TURN FOR THE WORSE.