THE ASSASSINATION OF MARC BATCHELOR

George Darmanovic has been killed. (Supplied, file)
Multimedia   ·   User Galleries   ·   News in PicturesSend us your pictures  ·  Send us your stories

The murder of a dentist in Serbia in 2014 may have links to the killing of South African state security contract agent George Darmanovic, who was fatally shot a month before a one-time suspect in the dentist’s assassination was murdered.
Milutin Rokic, 65, the dentist, was shot dead on March 2, 2014, in Krusevac, which is in central Serbia.
Two years later, in 2016, Serbian media reported that a suspect in the case, Dejan Stankovic, had been cleared of all charges, as it could not be proved that he was behind the killing. Stankovic's twin brother had also been cleared in this case.
It is not clear why Rokic was murdered.
3 murders in a month
Stankovic was shot dead on June 6, exactly one month after Darmanovic was shot in Belgradeand died in hospital. Darmanovic's murder happened a day before Stankovic’s son Vojin was murdered in Krusevac.
The three murders, therefore, unfolded in Serbia as follows: Darmanovic was killed on May 6, Vojin Stankovic was murdered the next day, and his father was shot dead a month later.
On Monday, a press release on Serbia's Ministry of Internal Affairs website said that two suspects had been arrested in connection with Darmanovic’s murder.
READ: BREAKTHROUGH: 2 arrested in connection with SA spook's murder in Serbia
The media release said it was believed they had worked with a man who was no longer alive. The initials of this man were DS.
This week, (2014) Serbian media - including the publication Telegraf - reported that the two were suspected of having helped Stankovic carry out the killing.
Ties to SA
Darmanovic had previously been based in Johannesburg, before moving to Serbia about three years ago.
It is understood Stankovic and his son had previously visited South Africa.
In 2016, when Stankovic was cleared of Rokic’s murder, Kusevac Press reported that he had a South African passport, as well as Serbian one, which at that stage was not returned.
'Forged document'
Monday’s statement by the Serbia’s Ministry of Internal Affairs stated that Vladimir Rebic, a police director, had said that, when apartments used by the two suspects arrested for Darmanovic's murder were searched, it was discovered that another person, with an international arrest warrant against him or her for a murder committed in Bosnia and Herzegovina, had allegedly forged a document.
This person, according to the press release, was then arrested and taken to the Basic Public Prosecutor's Office in Mladenovac. 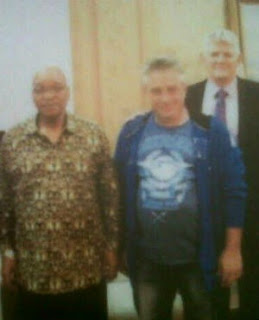 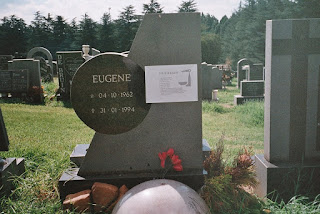 JULY 2019 THE ASSASSINATION OF MARC BATCHELOR
22 July 2019 7:49 AM - Investigative journalist Mandy Weiner has cast doubt on a recent newspaper report which suggested soccer ace Mark Batchelor's death may have been linked to a missing stash of cocaine.
The Sunday Times claimed police are looking at a possible connection between Batchelor's murder outside his home in Olivedale last week and the theft of the drug.
While Weiner says it is one of a number of theories, she admits that his links to the criminal fraternity could have put him at risk.

There's a lot of people that may have wanted him dead.
— Mandy Wiener, Journalist and Author of 'Ministry of Crime'

Batchelor was fatally shot while in his BMW SUV outside his North Johannesburg home last Monday night.
The suspects escaped on two motorbikes.
The Sunday Times also reported that police looking into the death of a Serbian national killed in a similar style hit are investigating connections between the murders.

The obvious assumption was that the same person who had killed these Serbians maybe killed him (Batchelor).
— Mandy Wiener, Journalist and Author of 'Ministry of Crime'

There was also a newspaper report about an Israeli businessman who he owed R3.5 million to.
— Mandy Wiener, Journalist and Author of 'Ministry of Crime'

A memorial for the former Kaizer Chiefs and Orlando Pirates striker will take place on Friday.

JOHANNESBURG - A Johannesburg-based private investigator accused of taking Marc Batchelor's cellphone from his car the night he was killed and deleting information from it, is expected to appear in court on Monday.
According to News24, the suspect was allegedly involved in debt collecting and business projects with Batchelor.
He was allegedly arrested on Friday and remained in custody over the weekend at the Brixton police station. (no such records found).

Colonel Lungelo Dlamini confirmed the arrest of the suspect and said he would appear at the Randburg magistrate's court on charges of defeating the ends of justice.
"He was found in possession of the deceased's cellphone and apparently some information was allegedly removed," said Dlamini.
Batchelor was shot dead on Monday night last week (15 July 2019) in the driveway of his Olivedale home.

Many Yugoslav criminals and spies were allowed into South Africa by the Nationalist Government.
Refugees fleeing Hitler and his ILK.

The Miro's and Mira's who were established mobsters in Hillbrow.  THE YUGOSLAV SOCCER CLUB COMES TO MIND.

They used to entertain the rogues of the SAP AND OTHER GOVERNMENT OFFICIALS.

The NATS and the ANC used to make use of their services across enemy borders for sanction busting and smuggling.
Then came the BRETT KEBBLE (ASSISTED SUICIDE CUM MURDER).
KEBBLE DEFRAUDED HIS OWN COMPANIES TO SPONSOR THE ANC.  HE WAS LIKE GAVIN WATSON OF BOSASA AND FITTED THE "STATE CAPTURE PROFILE"
YOU HAD STATE CAPTURE BY THE NATS AS WELL AS BY THE ANC UNDER ZUMA.
WILL THIS INVESTIGATION BE SUPPRESSED AS ALL THE OTHERS IN THE POLITICAL PAST?
THE SCORPIONS OF LATE THEN THE HAWKS MOST RECENTLY.
ALL PAWNS IN THE POLITICAL MACHINERY...............
MANDY WIENER WILL HAVE TO WRITE MANY BOOKS TO COVER ALL THIS DECEIT AND CORRUPTION.
IN THE MIDDLE SHE WILL HAVE TO INCLUDE ALEX KOUVARIS AND HIS BAND OF SAP ROGUES IN HILLBROWS CONCRETE JUNGLE.
SERBIANS ARE WORKERS NOT THINKERS OR BOSSES.
DON'T LET THIS INVESTIGATION GO AS COLD AS THE GERT VAN ROOYEN SAGA.