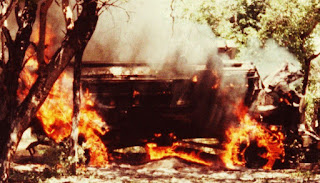 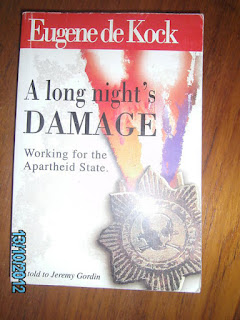 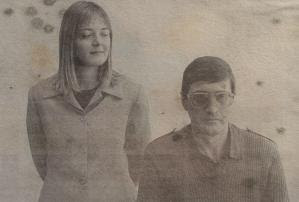 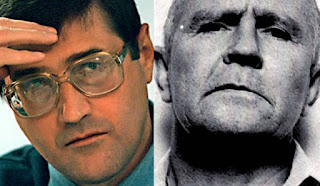 Convicted police hit squad commander Eugene de Kock’s fate was sealed the day that Dirk Coetzee started revealing in gruesome detail the activities of the Vlakplaas unit way back in1989. Overnight, Coetzee became the most hated person in the police force, and the hunt was on to silence him before he could do more damage exposing the atrocities committed against ANC activists.

He managed to survive all the assassination bids. Following Coetzee’s death, however, De Kock last week phoned the Daily Maverick from jail with a special message to the grieving family, writes DE WET POTGIETER.

“Please convey my sincerest condolences to Dirk’s family,” was the message from De Kock, paying his last respects to the man who once was his arch-enemy. During the telephone conversation last Friday, De Kock told the Daily Maverick that he held no grudges against Coetzee and made peace with him in his heart years ago.

“When I heard the news two weeks ago that Dirk was in hospital and dying from kidney failure, I sent a message to his family that I was thinking of them and they were in my heart,” De Kock said.

Coetzee’s revelations as the whistleblower on the hit squads were directly responsible for the eventual incarceration of De Kock since 1994. He is serving two life sentences, totalling 212 years in jail.

“I never worked with Coetzee and didn’t know him personally when he spilled the beans, but we all then knew that he was doing a lot of damage and had to be silenced. Since those stormy days I made peace with myself and bear no grudges,” De Kock said. “It was war then… but since then the time for reconciliation had dawned on our country in 1994. We had to bury our hatchets and strive for reconciliation.”

De Kock, who pins his hopes on a presidential pardon to walk free in the near future, said he had learned through the years that hatred and vengeance devoured one from the inside.

During his marathon trial in the Pretoria Supreme Court (today the Gauteng North High Court) De Kock admitted that he had ordered Coetzee’s assassination. The top brass in the police knew that Coetzee was a loose cannon and De Kock realised that his revelations would do irreparable damage and expose the atrocities they had done.

There are others who are no fans of Coetzee, however. In sharp contrast to De Kock’s conciliatory gesture, the political activist and former TRC member Dumisa Ntsebeza recently described Coetzee as “the scum of the earth”.

He could have done much more to help find the bodies of activists killed by the security police, said Ntsebeza. "My sense was that he was a person who was heartless... to him, killing was just a job."

Ntsebeza’s anger for Coetzee is primarily related to the murders of Sizwe Khondile and Griffiths Mxenge in 1981. Coetzee was granted a chance to correct the wrongs of the past when he appeared in front of the TRC. He was given a chance to reveal all the detail of his involvement in the killings, and had to point out the graves of Mxenge, Khondile and the other victims.

Coetzee never pointed out Khondile’s grave until the day of his death, however; and this is a major bone of contention for Ntsebeza and other activists. They regard his unwillingness to cooperate in helping to find the graves of the Vlakplaas victims and to reach out to the families he destroyed as unacceptable.

Coetzee’s lawyer, Julian Knight, has lashed back at Ntsebeza, however. Knight said that “while not wishing to speak ill of the dead man and then in any event calling him the scum of the earth” revealed more of Ntsebeza than Coetzee.

“The truth is that Coetzee knew when he testified before the Harms Commission almost eight years earlier that the admissions made by him under oath, could be and eventually were used to convict him,” said Knight. “It must also not be forgotten that Coetzee’s amnesty application was one of the first to be received by the TRC, and without the revelations made by him to the Harms Commission earlier; it is doubtful whether the atrocities of the past would ever have become public knowledge.”

Knight said that Coetzee spoke his mind and was never prepared to grovel for anyone’s forgiveness.

“South Africa and the ANC can be thankful to the contribution Coetzee made in revealing the heart of the whore that he served with his heart and soul,” he said. DM