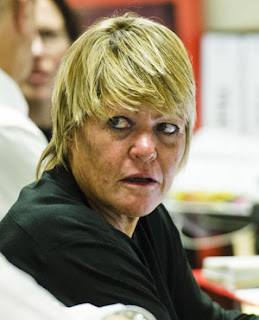 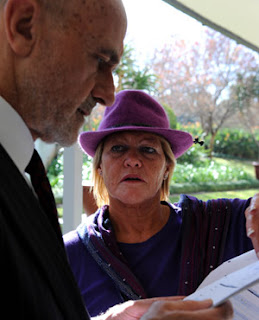 Pretoria - A prosecutor is entitled to seek the legal assistance of an outside counsel, an expert told the disciplinary hearing of suspended NPA prosecutor Glynnis Breytenbach on Tuesday.

This was the testimony of former national deputy director of public prosecutions Jan D’Oliveira.

He told the hearing in Pretoria a prosecutor may seek the help of a lawyer who had expertise in a particular field.

"If that [outside] counsel tenders assistance, one can accept it if it is helpful, proper and does not dictate to the prosecutor. I am saying the prosecutor must dictate that."

D'Oliveira was replying to questioning from prosecutor Mandla Zulu, for the National Prosecuting Authority.

D’Oliveira responded: "If it's in an investigation the investigator takes that decision [to consult], maybe on the advice of the prosecutor.

"If it comes to the prosecutor, why not ask a specialist so that we can get justice moving?

"If you have been in practice as most of us have been, you know your counsel very quickly. If one studies documents and policies, there is not one word saying prohibiting the use of outside counsel."

NPA advocate William Mkhari interjected: "Neither is there a word saying allowing."

D’Oliveira said if the NPA had wanted to prohibit prosecutors from seeking "outside assistance", it should have laid down clear rules.

"One has to look at facts and rules, if there are no rules how can you say a person is responsible for something? It depends on integrity and good sense. If this hearing does not look at rules then I don't know."

D'Oliveira has been an advocate for more than 40 years.

The NPA suspended Breytenbach last year. It charged that mining company Imperial Crown Trading had complained about her handling of a criminal case against them, and that she was too close to criminal lawyer Mike Hellens.

Hellens was on a brief for Kumba Iron Ore Limited, also accused of a crime in the ICT case. Both corporate entities were vying for a stake in Kumba's Sishen mine in the Northern Cape.

Breytenbach told the hearing in January she had known Hellens for 25 years and that they had social interactions.

She defended her asking Hellens to help draft search and seizure warrants.

In January, Hellens told the hearing it was not unusual for complex commercial investigations to be prepared by private investigators and lawyers, then handed to police as a "ready-made" case.

"There is an entire industry out there that does it," he said.

Hellens said he had helped Breytenbach draw up drafts of search warrants, and Van Wyk draw up a "stern" letter to ICT's lawyers when they felt they were being strung along.

He said the case was complicated and "even Glynnis" probably needed it explained at first.

The ICT/Kumba case dated back to the days of Iscor, which was then South Africa's iron and steel producer, he said.

The hearing resumes at the NPA's headquarters in Silverton, east of Pretoria, on 6 May.

A parallel arbitration hearing, where Breytenbach is fighting to get her job back, resumes in the Public Service Bargaining Council chambers, Centurion, on Friday. 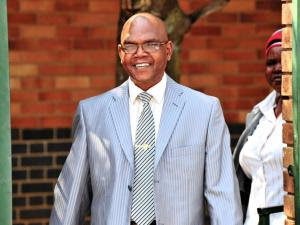 SILVERTON - Prosecutor Glynnis Breytenbach on Tuesday finished testifying in her disciplinary hearing by calling an expert witness to testify about processes and procedures at the National Prosecuting Authority (NPA).

Breytenbach was suspended in April for her alleged handling of a mining rights case.

The NPA accused her of showing bias by allowing a complainants advocate to assist her with drawing up affidavits for a search warrant.

The senior prosecutor claims she was suspended to prevent her from prosecuting policeman Richard Mdluli.

Veteran prosecutor Jan D'Oliviera said it was standard practice for outside counsel to get involved.

“An investigating officer can ask whoever he or she wishes for assistance and there is no limit on who they can ask.”
The NPA's advocate William Mokhari said D'Oliveira’s view "could not be true".

Breytenbach closed her case and final arguments will be heard in May.
Posted by Tango at 9:16 AM