Gordhan is not St Pravin - He is an ANC Minister 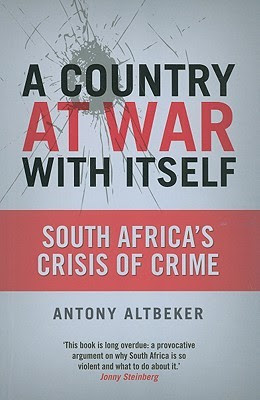 Pravin Gordhan had massive support in his fight against the abuse of power by those who were prosecuting him on what appeared to be trumped up charges. He was completely vindicated when the pathetic case against him was withdrawn.

In parliament before delivering his medium Term Budget speech, he received a standing ovation from both government and opposition. Unusual in a parliament that seems generally to have forgotten how to conduct a reasonable and respectful discourse; heady stuff indeed for a politician who has been in the cabinet throughout the term of office of President Zuma.

And that is the point: Minister Gordhan is not a saint. He is not St Pravin. He is an ANC minister who bears co-responsibility with all other ministers for the mess made by the Zuma administration since 2009.

Wikipedia tells us that Cabinet collective responsibility, or collective ministerial responsibility, is a constitutional convention in governments using the Westminster System. Members of the cabinet must publicly support all governmental decisions made in Cabinet, even if they do not privately agree with them.

This support includes voting for the government in the legislature. A member of the cabinet wishing to differ in the open must resign from the cabinet. Minister Gordhan remained in the cabinet, not differing on all these important issues, together with some colleagues who are now finding their voices, from 2009 onwards.

Some of the biggest scandals such as Nkandla, Bashir, Gupta, SAA, Prasa, Eskom and many, many more – it often seems like one a day – took place during this period. Ministers knew or must have known what was going on but they chose to remain quiet and remained in office.

When I returned to South Africa from a diplomatic posting in Bangkok early in 2012, the Rand was valued at R7.69 to the US dollar. It is now standing at R13.69 to the dollar. On the same date in 2012, one Euro was worth R9.96. It is now worth around R14.00. This is a measure of what our economy is worth and how our money has lost value. The whole government with its failed economic policies must bear the blame.

Standards have slipped somewhat and the expectations of people have fallen so much that Minister Gordhan received many nods of approval and plaudits for his recent Medium Term Budget Speech (MTBPS), despite some obvious shortcomings. The MTBPS is simply a policy statement, not a presentation of a complicated figures- based budget. It could have gone so much further.

In his original budget speech earlier this year, the minister committed us all to moving the economy in the direction of hope, confidence and a better future. Shadow Minister of Finance David Maynier noted that despite calling for “decisive action” in that speech, “the minister did not announce any concrete progress on providing policy certainty or implementing structural reforms necessary to boost economic growth and create jobs in South Africa.”

Of course, the minister knows what should be done and what could be done. He just cannot do it within the confines of the ANC. That is Gordhan’s dilemma and South Africa’s dilemma while ANC rules. That party (fond of describing itself as a “movement”) is at war with itself and the results are policy immobility, hesitation, and economic deterioration.

What is so badly needed is not happening. We need a new path and new initiatives around economic growth and job creation. The Minister failed to use his powers, if he still has them, to introduce a range of policy initiatives, aimed at addressing our unemployment crisis.

Before the speech, Opposition Leader Mmusi Maimane called on the minister to be bold, suggesting he could announce an extended and modified Employment Tax Incentive (ETI) that would see many more young people find work. He could announce more direct funding for start-ups and entrepreneurs to become job creators in the private sector.

He could announce a plan to stop the nuclear deal, saving the fiscus hundreds of billions. He could announce public-private partnerships with several State-Owned Enterprises, ensuring that our SOEs become competitive and profitable, and that more money is freed up to channel into job creation. None of this was in the speech.

Maimane emphasised that the DA was against the frivolous and trumped up criminal charges against Minister Gordhan and would be joining the march– along with civil society and many other organizations – in solidarity with him when he appeared in court.

He said, however, that the DA was also against another formulaic and predictable MTBPS that would– as in the past – do nothing to change our economic outlook, and hand a hammer blow to the 8.9 million South Africans without a job. He challenged the minister to break ranks with the tried and failed economic policies of the Zuma government and plan a new way forward.

Minister Gordhan did not accept this challenge.

The 101 ANC glitterati who have now emerged to support Pravin Gordhan must not stop here. If the ANC is to be saved, it needs to save the unemployed. If it cannot or will not, it will be pushed aside for others to attempt the task.

A former Opposition chief Whip and former ambassador to Thailand, Douglas Gibson is now a keynote speaker and writer. Follow him on Twitter@dhmgibson

This article first appeared in The Star