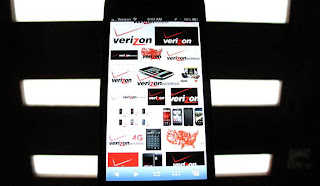 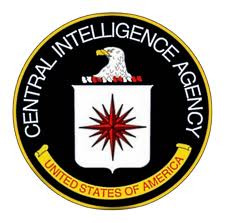 A former CIA employee working as a contractor at the U.S. National Security Agency said he was the man who had leaked details of a top secret U.S. surveillance programme, acting out of conscience to protect "basic liberties for people around the world." By Andrew Osborn and Peter Graff.

The CIA is just another word for the American MAFIA!!

THE PRESIDENT OF THE USA IS JUST THEIR PUPPET.

BIG BROTHER IS A BAND OF CRIMINALS.

Recently a number of interested parties made me, your editor, aware of an episode taking place on the American academic scene.
It was an instance of failed judgment that almost made my jaw drop in astonishment. The incident involved a professor at a fairly well-known U. S. university, a man charged with the responsibility for educating young people and leading them toward an understanding of issues on the international scene, a scholar known to me by reputation. Almost inexplicably he had insulted and derided a young student at one of the military academies in an e-mail reply to the latter’s polite request for information and/or research assistance. The professor’s e-mailed remarks, I was informed by several sources, included phrases such as


‘You are a disgrace to this country… your aggressive baby killing tactics. Help you… reign [sic] death and destruction upon nonwhite peoples throughout the world? No war, no air force cowards who bomb countries… September 11 can be blamed in part for what you and your cohorts have done to Palestinians, the VC, the Serbs, a retreating army at Basra.’

And so on. He called upon the student to resign his commission, which as a cadet, of course, the young man had not yet earned. Obviously the gist of his remarks was an all-out attack on the U. S. stance over the years vis-a-vis the rest of the world.
The professor’s intemperate written comments soon came to be known far and wide, a to-be-expected consequence of the Internet’s notorious lack of privacy. As a result of the hullabaloo and e-mail and other verbal attacks from all sides, he fairly soon had to issue a slightly ill-tempered but fairly complete apology for his extremely ill-considered remarks
One of the most striking rebuttals to the insulting judgments he had rendered on the U. S. armed forces through his attacks on the hapless student was a quotation sent along by one of those persons highly offended by the professor’s critical attitude. It reads as follows:

How absolutely true. And it is the soldier, not the campus radical, who gives the extremist professor the freedom to speak out and make a fool of himself.
A concluding comment in the spirit of what this journal is all about, with no intention whatever of diminishing the role of the U. S. military in preserving America’s freedom: It is apt to note that for more than a half-century the Foreign Service has been authoritatively referred to as the United States’ first line of defense. When the diplomat from his exposed position as representative and negotiator fails, despite his best efforts, to stave off a looming threat to American freedom, then and only then the dedication of the soldier—the U. S. armed forces—comes into play. In this sense, then, we can say that it is in part the diplomat who gives political experts the freedom to pontificate on U. S. foreign policy.