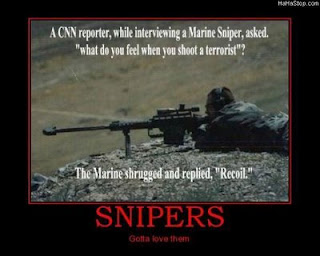 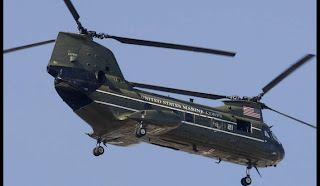 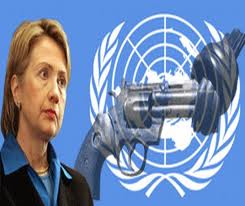 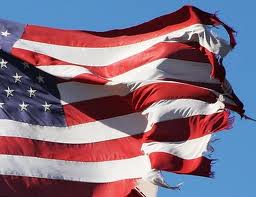 The necessary permissions for Air Force One to land at the Waterkloof Airbase are said to have been acquired with an attention to detail that has not been seen before. South African officials have clearly learned the lesson dealt by Guptagate earlier this year. But are they ready for Obama-mania? By KHADIJA PATEL.


In case there was any doubt, the sight of three Sea Knight and two Black Hawk helicopters in the skies above northern Johannesburg on Tuesday morning confirmed that US President Barack Obama was indeed soon to arrive in South Africa. The helicopters, said to belong to the US Secret Service, were part of a US dry run conducted by officials in local airspace ahead of Obama’s visit on Friday.
South African police have been mum on the details of Obama’s security, but extra measures for the upcoming visit will include fighter jets providing 24-hour air coverage, three truckloads of bulletproof glass sheets, and an offshore trauma centre.
The Economist last week compared Obama’s elaborate entourage and baggage to that of European explorers in imperial times: “Africans have been used to visitors with big entourages and exotic baggage; at least since European explorers first traipsed through their savannahs at the head of long trains of porters laden with trunks full of florid crockery [and] even libraries.”
That comparison is not without merit. The sight of American aircraft in the Johannesburg sky on Tuesday had some South Africans cluck their tongues in irritation for what they perceived as a breach of South Africa’s sovereignty. Obama’s visit, however, is aimed at positioning the US as a partner to South Africa and the rest of the continent at a time of great economic and demographic flux.
“Frankly, we see Africa as one of the most important emerging regions in the world, and a place for the US to significantly increase our engagement in the years to come,” Ben Rhodes, Obama’s Deputy National Security Advisor, said last Friday. “There are growing economic opportunities there for increased trade and investment and increased engagement by US businesses.”
In recent years, the US has developed a particular weak spot in its relations with Africa that Obama’s visit seeks to remedy: investment.
Still, South Africa’s Minister of International Relations and Co-Operation, Maite Nkoana-Mashabane, described South Africa’s ties with the US as “solid, strong and positive”.
She said, “The United States is a major economic partner for South Africa and continues to feature high on the list of trade and investment partners.”
According to the minister, total trade between South Africa and the USA in 2011 was in excess of R130 billion, with SA enjoying a trade surplus of approximately R18 billion (a 14.4% increase over 2010).
“[The US] is a major export market for South African products and an important source of foreign direct investment,” she said. “There are currently approximately around 600 US companies trading in South Africa, which provide over 120,000 local jobs and contribute about 30% to Corporate Social Investment (CSI) for corporate social projects.”
As impressive as these numbers may sound, American businesses are beginning to feel left behind when it comes to doing business in both South Africa and the rest of the continent.
“We, frankly, have heard a high demand signal from the US private sector for us to play an active role in deepening our trade and investment partnerships in Africa,” Rhodes said.
China has outstripped the US and the European Union as Africa’s biggest trading partner, trading goods worth $200 billion a year. And while American trade with Africa has grown in the last ten years, the US lags at about half that amount.
It is in South Africa where the perceived cosiness of the ANC-led government with its Chinese counterparts is seen to be combative to the interests and influence of the likes of the US here.
Nkoana-Mashabane said a hallmark of South Africa’s foreign policy was its “fierce independence”.
“We make friends with all peace-loving governments across the world,” she said. “We build new relations, we strengthen south-south partnerships with the countries that have been with us at the time of the struggle for freedom, we strengthen the parameters and the engagements of the south-south and we see China and our engagements in that regard along those lines.
“But we continue because of the uniqueness of our country to strengthen north-south dialogue. And one of the key countries that we engage with, be it political or economic, in our north-south dialogue is the United States of America.”
Despite these claims from South Africa of loving all its friends equally, the US under Obama knows well that if it is to place its business in a position to win lucrative infrastructure development projects, Obama has to be seen to take a greater interest in Africa.
“The programme is almost finalised. Logistics finalised. Key points of discussions finalised,” Nkoana-Mashabane said.
She is aware, however, that not all South Africans will be extending a warm welcome to Obama.
“Will there be demonstrations?” she asked. “Yes. This is a democratic country. So the official line of the South African government is [that] we will receive President Obama like we receive all other heads of state, friendly heads of state, to South Africa. In a democratic setting, there will be those who may still feel they also want to be heard. As long as we do it peacefully and following the laws, we think that should just be.”
The South African government remains unfazed by any threats and feels well-prepared, she said.
“From the side of government, we are very elated, we are very satisfied with the level of preparations, and we feel very much honoured that President Obama has chosen South Africa as one of the countries he’ll be visiting,” she added. DM
Read more:
Photo: A U.S Marine Corps Chinook helicopter is seen flying over Pretoria, June 25, 2013. U.S. President Barack Obama is due to visit South Africa this week as part of a three-country Africa tour. REUTERS/Mujahid Safodien
Daily Maverick