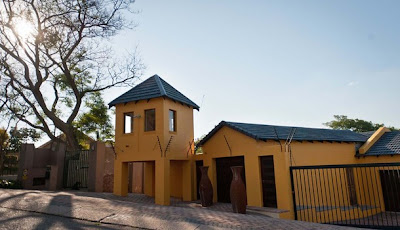 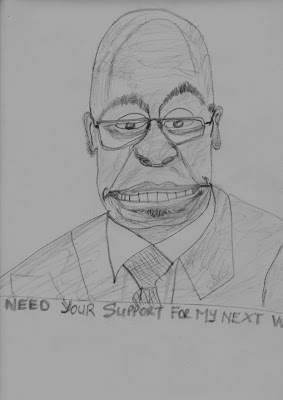 There is evidence that the Gupta family is helping first lady number four, Bongi Ngema-Zuma, pay off her R3.8-million home loan. OUR COVERAGE From Zuma Inc to Zuma.org Row over 'unpaid' bills at Gupta family's mine Plum Gupta job for Zuma fiancée The Guptas: A dummy's guide
Although the Guptas deny being involved, the circumstances around the bond's initiation and billing - and the very large monthly repayments - suggest their helping hand. This should raise new concern about the Guptas' close relationship with Zuma and his family. Set on the exclusive Waterkloof Ridge that overlooks Pretoria and the Union Buildings, the property was bought in April 2010 for R5.2-million. Before the purchase, said a person with first-hand knowledge, the president personally inspected the sprawling property. According to a neighbour, he visits regularly. The purchase was completed in August 2010, when the property was transferred to the Sinqumo Trust and the R3.8-million bond registered. The trust is controlled by Ngema-Zuma and named after the couple's son.

Public bond records show that the trust was to pay off the bond over five years, a remarkably short period for a home loan of this value. To do so, it committed to paying about R80 000 every month. Fingerprints There are three sets of Gupta fingerprints on the transaction: The first print is that the bond was granted by India's Bank of Baroda, which has a known relationship with the Guptas. The Bank of Baroda also holds the bond on another house closely linked to both the Guptas and the Zuma family, one of which the president's son, Duduzane, calls home. Situated in Saxonwold, Johannesburg, the property is formally owned by Mabengela Investments, controlled jointly by Duduzane Zuma and Tony Gupta.

And in January 2011, at a high profile South Africa-India cricket event part-sponsored by Gupta-owned newspaper The New Age, President Zuma handed the bank's managing director an award, apparently for fostering bilateral relations. The second, clearer fingerprint is a witness signature on the bond ­documents by a trusted Gupta lieutenant, Ronica Govender. Govender is something of a factotum to the Gupta family. Company records reflect her as a director in more than a dozen ­family companies. She is financial director at the family's flagship IT company, Sahara, a receptionist said this week. She is also listed as special-projects director at JIC Mining Services, a company majority-owned by the Guptas and Duduzane Zuma. Govender this week said her signature on the bond was "irrelevant as anyone can witness this type of document in their personal capacity".

Fingerprint number three is the freshest: on inquiry this week, a bank employee gave Govender's JIC Mining email address when asked where the bank dispatched the Sinqumo Trust bond statements to. Govender responded that this was "absolute rubbish and even if it was being sent to me, that's not a crime". Last year, when the Mail & Guardian exposed how JIC Mining had employed Ngema, then still the president's fiancée, as head of communications and marketing, the newspaper asked Gupta family spokesperson Gary Naidoo whether the family had "in any way assisted Ngema or her family in acquiring [the property] by helping to pay the purchase price, facilitating financing, or meeting or assisting with bond repayments".

Naidoo's written denial was an emphatic "no to all your questions", flying in the face of the choice of financial institution and evidence of Govender's facilitating role. Naidoo and JIC Mining this week repeated the denials, saying: "The Gupta family or its businesses deny any involvement in any employee's personal dealings with any institution. Therefore, there should be no confusion that we contributed in any way to the raising or paying of the bond for Ms Ngema-Zuma." Affordable? However, the question remains how either the president or Ngema-Zuma could afford to pay off the bond at the stipulated rate.

Usually, prospective homeowners cannot secure bonds in which repayments exceed 30% of their gross income. In other words, to afford the R80 000 monthly instalments, Ngema-Zuma would need to earn about R3.2-million a year, which is unlikely. Even the presidential salary falls far short of this. In 2010, Zuma was paid only R2.4-million and the higher than average size of his immediate family and his ostensible financial commitments at Nkandla suggest that even the standard bond payment-to-income ratio would be too high for him to afford.

His history of relying on others to support his family is well known. His loans from arms-deal convict Schabir Shaik and Durban businessman Vivien Reddy provide well-known examples. In another, after media exposure, Zuma disclosed in his 2009 Cabinet interest declaration that a businessperson provided, for free, a luxury home for the use of another of his wives in Durban. The impression that the Guptas are assisting the Zumas with the Waterkloof Ridge bond was tacitly confirmed to the M&G by an insider to the relationship between the families. He cannot be named as the conversation was off the record. No declaration Although neighbours confirmed that Zuma had visited the house regularly during 2012, the president declared neither the home nor a third-party benefit in the open part of his last two Cabinet declarations. Cabinet ministers are allowed to declare spousal benefits confidentially.

However, any assistance received in securing this bond and facilitating repayment could arguably be construed as a direct benefit to Zuma. Neither the presidency nor Ngema-Zuma replied to questions. And so began the winter of their content April 2010, when Bongi Ngema went home-shopping in Waterkloof Ridge, was a time of blossoming relationships. Only four months earlier the future Mrs Ngema-Zuma had presented umbondo – traditional wedding gifts – to President Jacob Zuma at his Nkandla estate, and now she was next in line to marry him.

On another front, the Gupta family and Zuma's son, Duduzane, seemed poised to consummate large-scale commercial success. The events of that time would also lead to great controversy regarding the cosy relationship between the Gupta and Zuma families. In March 2010, Gupta lieutenant Jagdish Parekh acquired a 50% stake in Imperial Crown Trading 289, which soon became a household name as news emerged that it had grabbed the right to prospect at the Sishen iron ore mine from under the noses of corporate giants Kumba Iron Ore and ArcelorMittal.

Imperial Crown's "squatting" at Sishen, fully supported by the government despite evidence of fraud in the awarding of the right, put the Guptas and Zuma Jr in the position to negotiate an empowerment deal with ArcelorMittal, announced in August 2010. From this Parekh was to score shares and cash with a face value of over R2billion, with Zuma Jr pocketing more than R900-million and a Gupta family investment company R450-million-plus.

That deal eventually fell apart, but there were other Gupta-Zuma pokers in the fire: April 2010 also saw a consortium led by the Guptas and Duduzane Zuma buy Toronto-listed Uranium One's South African assets in a R300-million deal, placing them well to tap into South Africa's expected expansion of nuclear power generation. Zuma Jr, who had completed an internship at the Gupta family's Sahara computer business, seems to have entered a formal business relationship with the family in mid-2008, when he and Tony Gupta formed investment company Mabengela Investments. In a 2010 interview, Zuma Jr called Tony Gupta his "exclusive" partner who advised him financially and legally.

Mabengela and a Gupta family company are the controlling shareholders of JIC Mining Services. Bongi Ngema-Zuma has been employed in marketing and communications at JIC since mid-2010. The Guptas have consistently denied impropriety in their friendship with the president and their business relationship with members of his family. – Stefaans Brümmer & Craig McKune Living in the lap of luxury Of all the mansions on Grus Street in Waterkloof Ridge, Bongi Ngema-Zuma's is the most distinctly African. A pair of earthenware pots the size of grown men flanks the front door and the walls are a rich, bright yellow. Ngema-Zuma is also one of the few environmentally conscious homeowners on this street, with two large solar panels perched on her roof. A neighbour who had been inside the property before Ngema-Zuma moved in described it as "big and luxurious".

He added that it had "a massive swimming pool with a fish tank inside". But small piles of bricks, cement and plastic sheeting inside the property suggest it is undergoing some renovations. A security watchtower decked out with CCTV cameras looks out over the street, but no guards were manning it when the Mail & Guardian visited this week, and the mansion had an unoccupied feel.
The neighbour said Jacob Zuma had visited at least 10 times in the past nine months, but "at most" spent the night twice. When he visits, Zuma is accompanied by up to 12 black SUVs, which disgorge a number of bodyguards who line the street, keeping a watchful eye. "They're not that invasive, and tend to let us go about our own business," said the neighbour. – Sally Evans & Lionel Faull * Got a tip-off for us about this story? Email amabhungane@mg.co.za Mail & Guardian - - - - - COMMENTS BY SONNY Who are all these 'people' who are buying shares into the PRESIDENCY? Do they run the "Sahara Slush/Trust Fund! From blowing all the smoke up Zuma's ass they may asphyxiate the 'Man!' MAYBE THEY WILL BE GRANTED HELIPAD RIGHTS IN PARKVIEW SOON!
Posted by Sonny Cox at 12:19 AM