Cardinal Wilfred Napier and the mob 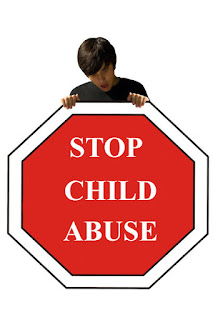 Cardinal Wilfred Napier and the mob

David Bullard
20 March 2013
David Bullard on the problem with most debate (if you can call it that) on Twitter
How to silence a Cardinal
South Africa's Cardinal Wilfred Napier seems to have got himself into a spot of bother. Interviewed by the leftist BBC he suggested that paedophilia wasn't a crime but a sickness....or, at least, that's how it came over.
Now anybody with even a passing acquaintance with the media will know that there is such a thing as editing. This means that a half hour interview with Cardinal Napier will probably be reduced to five or ten minutes. Those five or ten minutes need to be as spicy as possible because, let's face it, even the BBC has competition these days and the challenge is to grab the public's attention in as sensational manner as possible.
What better, in the week a new Pope is elected, than a senior member of the Roman Catholic church appearing to defend one of the sins the church is frequently accused of? Better still, the guy doing the defending is from South Africa which suggests that this country doesn't take sex crimes against children seriously. After all, if some reports are to be believed, a third of our "girl children" (dreadful expression) get pregnant at school and a substantial percentage are HIV positive.
Not surprisingly there was an outcry over Napier's comments and the unfortunate Cardinal was thrown to the hyenas. These days you can measure the immediate effect of a comment like Cardinal Napier's on Twitter. Predictably the usual suspects took to their computer keyboards to express their disgust at Napier's comments without even bothering to consider whether they were taken out of context or edited for effect. The hate campaign gathered pace and eventually Napier was forced to apologise for his comments.
Being "forced" to apologise for something you have allegedly said or done is one of the great triumphs of our modern age. It gives what I like to refer to as the "gibbering classes" a sense of power in their otherwise empty lives. It doesn't matter how crass or uninformed their comments are on Twitter providing they contribute to a mob frenzy and force that apology.
One prolific female columnist even suggested that "sugar daddies are paedophiles" on her Twitter page. I was going to name and shame her but decided not to because, like most journos these days, the threat of unemployment constantly hangs over her and maybe she wasn't thinking straight.
But not thinking straight seems to be what Twitter is all about. Take the Tweet that sugar daddies are paedophiles for example. How can that possibly be so? A sugar daddy is a term used to describe an older man who has the financial resources to attract much younger women; the suggestion being that the majority of attractive young girls would rather go to bed with someone of their own age than a wrinkled old prune of a man.
Rupert Murdoch is a perfect example of a sugar daddy. Thankfully there are still beautiful young women around who can be tempted to spend their lives with rich old codgers and put up a convincing pretence that they are in love. Bernie Ecclestone is another fine example of sugar-daddydom.
The guy is virtually a midget and as rich as Croesus but still can't afford a decent wig and yet he has pulled some stunners in his time. Don't tell me it's for his matinee idol good looks and his rapier like wit. But, revolting as some of these sugar daddies may be, they cannot by any stretch of the imagination be described as paedophiles. So why did the unnamed female columnist even bother to make such a dumb comment (other than the fact that she's not sugar daddy material)?
The problem with most debate (if you can call it that) on Twitter is that it is emotional not rational. As soon as I expressed qualified support for Cardinal Napier I was "unfollowed" by someone. For those of you who have better things to do than follow Twitter this is akin to excommunication or not being offered a sweet by someone who was your best friend at school yesterday.
Now that I number my Twitter followers in the thousands rather than the hundreds this wasn't too psychologically damaging but I admit to disappointment that someone who seems sane in all other respects can sever connections over a difference of opinion. In fact, I wasn't even permitted to put forward my argument in defence of Cardinal Napier because "paedophilia is such a serious thing that there can be no argument".
Cardinal Napier may well be making a good point when he refers to paedophilia as a sickness. What he never suggested was that acts of paedophilia should not be prosecuted but his argument was drowned out by the politically correct mob frenzy which was, in turn, fanned by a sensationalist media.
If we really are serious about dealing with these problems in South Africa we should at least be prepared to hear all sides of an argument, whether we agree with them or not. By forcing Cardinal Napier to apologise we have unjustly labelled him guilty of defending paedophiles and effectively ruled him out of any future debate on this topic.
Click here to sign up to receive our free daily headline email newsletter
Posted by Tango at 10:56 PM