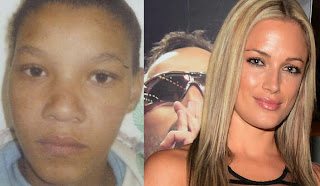 It was a horrifying start to 2013. Two deaths, less than two months apart, which drew attention for very different reasons. The first, a young woman raped and murdered in an attack of such brutality that even violence-saturated South Africa could not turn its eyes away. The second, a young woman who dated a global sports icon, felled by four bullets shot by the hero himself. As this long, tumultuous year finally draws to a close, we pay tribute to Anene, Reeva and their countless fallen sisters: lest we forget. By REBECCA DAVIS

MURDER THAT MADE THE HEADLINES 2011

Chanelle: time up for kingpin 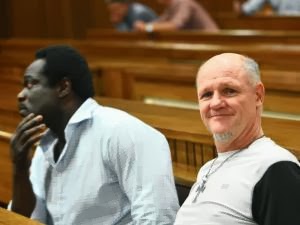 Related Stories
Pretoria - The brains behind the contract killing of slain Faerie Glen mother, Chanelle Henning, may soon be exposed.
Just two days after Henning’s parents, Ivan and Sharon Saincic, said the identity of the person who ordered the killing of their daughter had not yet been revealed, a compelling development emerged on Wednesday.
One of the men found guilty of the murder of Henning, Andre Gouws, has offered to provide the State with information about “another person involved in the crime”.
The dramatic turn of events unfolded in the Pretoria High Court on Wednesday, moments before Judge Johan Kruger was expected to sentence Gouws and Ambrose Monye for the Mafia-style killing of Henning in November 2011.
She was gunned down by two men, who are currently each serving 18-year sentences for her murder, moments after dropping off her son at a créche.
Gouws and Monye were found guilty of the murder on Monday and were expected to be sentenced on Wednesday and join disgraced former cop Gerhardus du Plessis and Willem Pieterse in jail.
Du Plessis and Pieterse were sentenced in December 2011 after admitting guilt for their part of the murder and turning State witnesses.
Gouws, a close friend of Henning’s estranged husband Nico, has now decided to come clean.
Speculation is that he will spill the beans on a man whose name was mentioned numerous times throughout the two-year trial and whom the State maintained had a motive to kill the young mother. The State could, however, not present concrete evidence to back its claims against this person.
Before she was killed, Chanelle was involved in a bitter struggle with Nico over custody of their young son.
On Wednesday, State prosecutor Gerrie Nel told the court there had been a significant development in the case, much to the delight of the Saincic family.
“One of the accused has decided to assist the State in further investigations in this case. Can I also request that he (Gouws) be moved to the Villieria police station where the investigating officer is stationed so as to aid the process,” he asked the court.
Judge Kruger agreed and the matter was postponed to December 5.
According to the Saincic family, this was the “first good thing Gouws has ever done”.
“We are so relieved at this development. It is a bit late, but finally we are one step closer to the truth behind my daughter’s murder. We all know who did it; now the truth will finally come out,” Sharon said.
Although Nico was mentioned frequently, he was never called as a witness, nor did he attend any court proceedings.
In previous testimony, Gouws said that Nico had asked him to keep surveillance on his wife.
He maintained that the instruction was to observe her and ascertain if she was using drugs.
While on the stand Du Plessis testified that during a meeting with Gouws, a day before the initial murder was to happen, a voice on the other side of a call Gouws received said, “the bitch has the baby this weekend”. It was established that the voice belonged to Nico.
One of the court proceedings in July this year was disrupted after Monye “in a fit of rage” refused to come to court before seeing Nico.
At the time, his legal representative told the court that Monye was curious as to why Nico had not been to any of the proceedings.
“Monye felt that if a woman was killed, her husband should be in court. He wants to see Nico Henning eye to eye. I said to him it was not possible,” the lawyer said at the time. During judgment on Monday Judge Kruger said he would “refrain” from commenting on Nico’s involvement.
Pretoria News 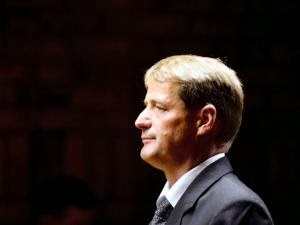 Nico Henning, the husband of murdered Chanelle Henning, appears in the Pretoria Magistrate s Court. Picture: Etienne Creux
Related Stories
Pretoria - A bail application by Nico Henning, accused of killing his estranged wife Chanelle Henning, was postponed by the Pretoria Regional Court on Tuesday.
Chief magistrate Desmond Nair ruled that Henning, who is in custody, would return to court on Friday.
Henning’s lawyers had asked for a postponement to file further documents to the court. Prosecutor Gerrie Nel did not oppose the request.
On Thursday, the High Court in Pretoria heard that Henning manipulated his best friend and commissioned him to arrange the murder.
Daan Mostert, for convicted murderer Andre Gouws, 49, asked Gouws if he thought Henning had manipulated him when he allegedly ordered the hit on his wife.
“Without a doubt,” Gouws responded during sentencing procedures.
An emotional Gouws told the court his best friend and friend of 24-years had offered him R1 million to carry out the hit so he could get custody of the couple's child. This was to be paid in monthly instalments of R50 000.
He said he would testify against Henning and had decided to tell the truth because “it was the right thing to do”.
Gouws and former Nigerian Olympic athlete Ambrose Monye were found guilty of the contract murder of Henning. The 26-year-old woman was shot dead in Faerie Glen in November 2011, shortly after dropping off her child at a creche.
Gouws and Monye pleaded not guilty to five charges relating to a conspiracy to commit the murder.
The State argued that Monye and Gouws conspired with former policeman Gerhardus “Doepie” du Plessis and Willem “Pike” Pieterse.
Du Plessis and Pieterse are serving 18-year prison terms after confessing to their roles in the murder.
Gouws and Monye are yet to be sentenced.
Henning appeared in court on Friday after handing himself over to police. - Sapa

ONLY THREE GRUESOME MURDERS THAT ROCKED THE FOUNDATIONS OF SOCIETY IN SOUTH AFRICA......

LET GOD AND NOT MAN BE THE FINAL JUDGE!
Posted by Sonny Cox at 6:44 PM