Fin24 answers Moneyweb charges- There is no copyright or exclusivity in news items. 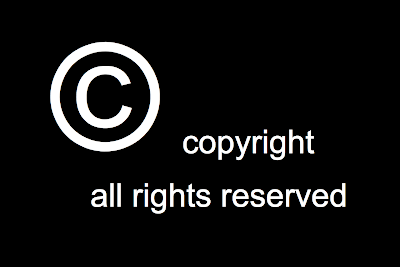 Cape Town - There is no copyright or exclusivity in news items.

This is the view of Fin24’s legal team after Moneyweb sued South Africa’s largest online financial publisher for copyright infringement and unlawful competition based on seven articles, published over a year, which included news elements derived – with attribution – from Moneyweb.

Fin24 strongly denies the charges, saying it did not infringe copyright, compete unfairly or pass off others’ work as its own.

All Fin24’s content from third-party sources is clearly attributed and linked and Fin24 publishes content in line with internationally accepted norms and practices.

Fin24's legal team filed its answer to the Moneyweb charges on December 5.

There is no copyright or exclusivity in news items. No copyright exists on facts, figures, names, places or even quotes in news stories. These elements are not original to the reporter and copyright and exclusivity do not arise when one reports them, even in the first report.

In the seven articles that Moneyweb complained about, Fin24 sourced news elements from Moneyweb and clearly indicated it as the source. This practice, of publishing news with accreditation, is an integral part of how news is disseminated and is done in all media including TV, radio, print and online - even by Moneyweb.

Discovery and reporting does not move public domain news elements into a monopolised private domain.

Media24 CEO Esmaré Weideman says that to suggest otherwise, as Moneyweb seems to be doing, would be contrary to the public interest in news dissemination.

Weideman said it would lead to the illogical result where the first reporter can monopolise a news story and prevent another reporter from re-reporting the story’s core elements. "Clearly this cannot be, and a contrary position would be a global first and destroy much of news reporting and many of today’s journalists’ jobs.”

The South African Copyright Act makes specific exception for copyright infringement for news reporting purposes. Indeed, the public policy behind news dissemination is so well recognised that South African law exempts from copyright infringement the copying from articles for news reporting purposes. No one has monopoly on the news - and for good reason.

Complying with copyright law and journalistic tradition, Fin24 gave full credit to Moneyweb by hyperlinking to the relevant Moneyweb articles.

News24 editor-in-chief Jannie Momberg said Moneyweb’s own figures show how successful this attribution was. Click-through referrals from the seven Fin24 articles ranged from 0.38% to 4.8%, significantly more than the usual 0.2% response to in-page online advertisements.

“Our attribution provided far more effective click-throughs to Moneyweb than Moneyweb could have bought,” said Momberg.

“Plagiarism on an industrial scale” features prominently in Moneyweb’s allegations. This does not bear up to even rudimentary scrutiny.

“Plagiarism” is not a legal concept and had no place in court filings. In any event, plagiarism does not occur when attribution is given.

Fin24 speculates that using the word 17 times in Moneyweb’s filing was for sensationalist, not legal, reasons.

Alleging plagiarism “on an industrial scale” is factual nonsense.

In the year the seven articles in question were published, Fin24 published well over 10 000 articles, 11 of which had content sourced from Moneyweb. It is ridiculous to suggest the 11 out of 10 000 is “on an industrial scale”.

During the relevant period only 2.05% of Fin24’s articles sourced or “aggregated” content from non-syndicated third parties such as international and local news sites. More than 97% of content was either original, syndicated or user-generated material.

Fin24's legal team said Moneyweb produces articles on breaking news and current events in the same manner as Fin24 does. "This is not a criticism of these methods; it is merely to say that Moneyweb should not be complaining of a form of reporting news they themselves adopt and which reflects fair industry norms and journalistic practice."

Moneyweb editor Ryk van Niekerk said he received Momberg’s affidavit over the weekend and could only arrange a meeting with his legal team tomorrow (Thursday). "I will comment after we have met."

The case could set legal precedent for the online publishing community and provide an opportunity to open an industry-wide discussion about setting a framework for fair dealing in news reporting.