A lawyer for the EFF has confirmed that the EFF’s Constitutional Court challenge against their fines and suspension will be filed on Thursday in Johannesburg. 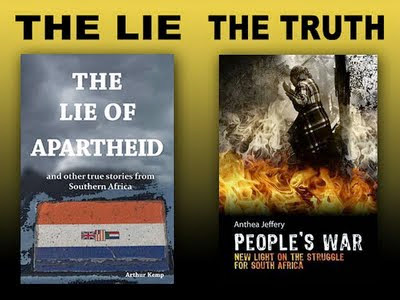 CABINET, the government’s highest decision-making body, launched a scathing attack on Parliament, and specifically opposition parties, saying that President Jacob Zuma has not refused to answer questions in the national legislature.


During Thursday’s post-Cabinet media briefing, Minister in the Presidency Jeff Radebe said: "The president has continuously fulfilled his role of accounting to Parliament. He has been answering written and oral questions posed to him in both the National Assembly and the National Council of Provinces (NCOP)."


Opposition parties, in particular the Democratic Alliance (DA) and the Economic Freedom Fighters (EFF), have accused Mr Zuma of not honouring his constitutional obligations of appearing four times a year to orally answer questions.


Mr Zuma’s last appearance in the National Assembly was August 21. That session was interrupted when EFF MPs and National Assembly Speaker Baleka Mbete started arguing heatedly over whether or not Mr Zuma had answered their questions on the R246m security upgrades at his private Nkandla residence.


Once Ms Mbete had suspended the sitting, the EFF MPs started chanting: "pay back the money."


An investigation by Parliament’s powers and privileges committee found the EFF MPs guilty of bringing Parliament into disrepute and some were fined up to a month’s salary and banned from the Parliamentary precinct until December 28.


Mr Radebe said in Thursday’s briefing: "Unfortunately, honourable members disrupted him (Zuma) while answering the third of six questions posed to him.


"It is the honourable members who, through their own disrespectful behaviour, disrupted the president as he was answering questions.


"Those who prevented the president from orally answering questions in the National Assembly have no moral grounds to twist the facts and suddenly claim that it is the president who does not want to orally reply to honourable members’ questions," Mr Radebe said.


He said the National Assembly had since dealt with those members who had disrupted Mr Zuma.

A lawyer for the EFF has confirmed that the EFF’s Constitutional Court challenge against their fines and suspension will be filed on Thursday in Johannesburg.

This follows the failure of the EFF earlier this week to convince the Western Cape High Court to hear the matter on an urgent basis.
Posted by Tango at 6:54 AM