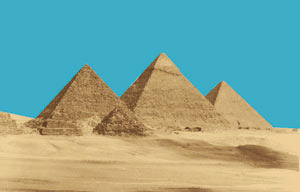 
SHAREMAX Investments and four other appellants have been granted leave to appeal against last year’s Office of the Ombud for Financial Services Providers’ ruling against the company, the Financial Service Board’s (FSB’s) legal department said on Monday.

The ruling found that the collapsed property syndicate — which the FSB found to be a Ponzi scheme — was liable to pay a former investor R580,000.

It was envisaged that the appeal will be heard during January 2015, said FSB spokesman Lesego Mashigo.

The South African Revenue Service (SARS) last week instituted motion proceedings to have Sharemax’s business rescue terminated and for the company to be liquidated. SARS has a claim of R15.7m against Sharemax over outstanding value-added tax.

About 30,000 investors sunk billions of rands into nearly 40 Sharemax syndicated companies, and last week’s court papers alleged that a further 500 complaints had been lodged since last year’s ruling.

In documents opposing SARS’s application, Sharemax claimed the revenue service ought to have named another creditor — Gerbrecht Siegrist — as a respondent, as her rights as a creditor stood to be prejudiced in the event the application was successful. Sharemax said this failure should render the application defective and it should therefore be dismissed. Ms Siegrist was the investor who had won the R580,000. The business rescue practitioner for Sharemax — who was appointed in December 2011 — has held that the Siegrist matter needed to be dealt with before it could pay the tax.

But SARS said last week that as Sharemax could not pay the tax — and had indicated that it could not do so — it would proceed to have the company liquidated.

Sharemax had 25 days after its business rescue practitioner was appointed to publish a business rescue plan, but it had still not done so, it said, because of the determination made against it.