Insiders Looted Gold Worth $200b from South African Reserve Bank

Insiders Looted Gold Worth $200b from South African Reserve Bank 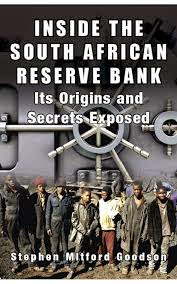 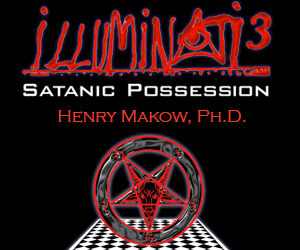 Stephen Goodson has written a hair raising account
of criminal activities at the South African equivalent
of the Federal Reserve.
As a former Director, he is in a position to know !

by the New Economic Rights Alliance (of South Africa)
(henrymakow.com)

A whistle-blower has revealed the truth about the South African Reserve Bank.

Goodson is a former Director of the Reserve Bank and, according to his book:

It is absolutely clear that the Board of the Reserve Bank has absolutely no idea how the money creation process works. In other words, they do not actually understand that, when a commercial bank creates a loan or an overdraft, the customer spends the money into existence. In other words, a bank loan creates brand new money.

Gill+Marcus+XXX+high+res.jpgThe scandal of Gill Marcus, a Jew, left, the former Governor of the SARB, is both alarming and disturbing. After selling sandwiches in London, she studied economics and went to work for our Reserve Bank. She was so awful, that she was instructed to clear her desk in 2004 and leave the building. She was fired. However after secretly following [her predecessor] Tito Mboweni around, she created a black-list of all his ill-deeds. Later, she reappeared as Governor of SARB under mysterious circumstances.

Gill Marcus immediately removed the requirement that all Reserve Bank meetings must be transcribed and recorded. She shredded documents and changed the voting rights of shareholders. Then she introduced changes that would phase out the "old guard" and amended the rules to allow only herself to appoint new candidates.

Finally, she secretly allowed a Swedish company to print South Africa's banknotes, while the local printing facility stood idle. This was a disaster. R800,000m worth of bank notes were put into circulation that did not even come close to meeting the required printing standards.

Shortly afterwards, R360million worth of banknotes had to be destroyed because they were "accidentally" printed with the same serial numbers. Since then, for secrecy reasons, the same company is still responsible for producing many of South Africa's banknotes.

Kruger Rands have been found to be 5% short of the stated gold content. SilverDoctors.com stated that this was likely to be a skimming operation by the South African Reserve Bank. If you purchased Kruger Rands after 2010, we suggest that you have them tested.

300 tonnes of gold valued at over R300 billion was stolen from the SARB, with the help of insiders as part of a bigger looting exercise valued at a massive R2.25 trillion.

A third of our foreign currency reserves are looked after by a single bank: JP Morgan, a bank who's reputation and skulduggery goes sickeningly deep.

90% of our gold reserves are kept at the Bank of England. When Germany asked the Federal Reserve bank of the US for their gold back, they only returned a very small portion of what was agreed - and it turned out that the gold returned was fake.

The story seems almost too incredible to be true, could it be the same with our gold reserves? This is just another day at the office for the banksters. The question is... where is South Africa's gold now? Not in the hands of the people that mine it, that's for sure.

[Author] Stephen Goodson left SARB under claims that he was a "holocaust denier" with bad press associated with him. He dedicates an entire chapter to this topic in his book, which does not interest NewERA at all. We are far more interested in the research and insight behind the banking system. It is greatly sad that such a topic is brought up, as we feel it is completely unnecessary and inconsequential to the real message behind the book.

According to Goodson, the solution to this problem, at least in part, is the creation of a People's Bank. This bank does not allow money to be created out of nothing by a bank then loaned to the government at interest. Instead, the government issues its own currency based on our ability and requirements to develop.

This kind of bank is not new. It has been created several times in the past with incredible success. However, each time such a bank was created, either the bank was mysteriously closed down, or its country was bombed. When a conventional Central Banking system is put in place, economic hell soon follows.

Until the people of South Africa understand the history and lies behind the banking system, and have the humility to admit that we have been misinformed by a skewed economic education system, then we will never see economic freedom.

Order the book on Amazon, but don't expect delivery from our current postal system. Rather contact the author directly here: abolishusury@sonicmail.co.za. [The book is also available online from alibris]
----
Thanks to "AB" for sending this!

Related- Marcus Stepped Down Nov. 14 at end of her Five Year Term

Also by Stephen Goodson: A History of Central Banking and the Enslavement of Mankind

The Bank of England ( House of Rothschild) is the world's Central Bank of all Reserve Banks around the globe that are actively involved in international trade.This is why the British Pound will always have more value than any other currency on the commercial world markets regardless of the state of England's economy.The Bank of England is a sovereign entity that is not under the British Parliament's jurisdiction or control.

In plain English, " YOU CAN'T BEAT THESE PEOPLE"!

There are too many nations today like India, China, and Russia that think the Bank of England and it's Reserve Bank conglomerates don't believe in gold. This is a laughable assumption because they own majority of the world's gold. Who do you think owns the gold and diamond mines in South Africa? And where, and by whom, is the price of gold set? Go ahead and stock up on silver and gold as a hedge.They can crash the price of metals also as you are witnessing right now.

If you think you're going to escape their stranglehold on your currency by going with an independent nationalized currency good luck with that also. What happens when the foreign Reserve Banks banks don't recognize your currency as a viable exchange for goods? A nationalized "debt free" currency today can only be successful if your nation is not dependent on foreign imports to survive. And, in the high tech global economy that would almost be impossible.

The older I get the more it irritates me to see comments such as this JG who screams, "YOU CAN'T BEAT THESE PEOPLE!" Of course you can't if that's your attitude. There has never been a power on earth that didn't meet its match. Plus, bankers, more than anyone else, use bluff constantly. For the simple reason that they do not run a legitimate business, they run a criminal scam, a confidence game, which is a conveyor belt of all wealth in the world into their pockets leaving nothing for the rest of the world's people.

Simply put, a con only works as long as enough people are conned.

How long does JG think these never-lift-a-finger-except-to-count-money, fat ass do-nothings will last when enough have-nothings, just above starving, get the picture? The world's not far off from that at this moment. JG needs to go to some non "western" web sites and take a look at the real world. Even westerners are fed up. Western Europeans are, en mass, on the verge of getting rid of those controlling their U.S. serving, on-the-take governments. All the hundred dollar bills in the world are not going to keep the criminal banker-owned west going much longer. Bribery doesn't work forever. Especially when the bribes only go to those in political office.

Already, in Ukraine, there are soldiers who quit killing other Ukrainians for the criminals running Kiev and changed sides. The business people of all Europe want the U.S. and the totally stupid sanctions, which hurt Europe much more than Russia, gone. The U.S. and its NATO are no match militarily for any nation bigger than Iraq. Queers and women make a lousy army. Putin has flat out told the U.S. that they are not getting novorussia. That Russia will never allow their attempted genocide of the Russian speaking Ukrainians. The U.S. has no clue what to do next. They are NOT going to get the eastern Ukraine's minerals so Biden's son might as well forget that fortune.

The western elites everywhere outside the U.S., Canada and maybe a few others, are hanging on by their teeth.

Anyone who doesn't see that the big western bankers, Rothschilds included, are shitting their pants over BRICS and the deals being made, one after the other, leaving them and the dollar on the outside looking in, isn't looking. The dream world in the west is about to turn into a nightmare and, frankly, it can't happen soon enough. A Rothschild agent for every lamp post sounds good to me.

Some years back, when Putin jailed the Jewish crook who had stolen Russia's oil resources and took back the resources he was told by the criminal that he couldn't do that because they had been given to Rothschild. Does Rothschild have them or does Russia? - See more at: http://henrymakow.com/2014/11/insider-exposes-south-african-central-bank.html#sthash.3KBnCrgf.dpuf
Posted by Tango at 6:21 PM