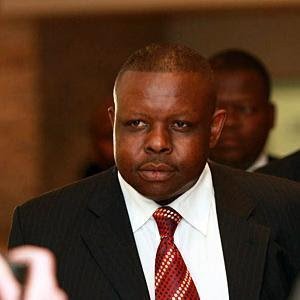 An application by legal advocacy body Freedom Under Law (FUL) to force the Judicial Service Commission (JSC) to reopen its investigation into Western Cape Judge President John Hlophe was dismissed in the North Gauteng High Court in Pretoria on Friday.

FUL applied to the court to set aside four different decisions by the JSC in respect of a complaint by 13 Constitutional Court judges, who accused Hlophe of gross misconduct, and his counter-complaint against them.

The organisation also wanted the court to order the JSC to hold a formal inquiry into the complaints.

The judges accused Hlophe of trying to improperly influence judgements in pending matters involving Jacob Zuma before he became president.

Hlophe in turn accused the judges of violating his constitutional rights by publishing their complaint before lodging it with the JSC and before giving him a hearing.

The JSC in August last year decided to discontinue its investigations by announcing the matter as finalised.

FUL contended the only way to restore the public's trust in the judiciary was a full public inquiry and that the JSC's decision not to continue with the investigation threatened the rule of law and the country's future as a democracy.

FUL argued that when judges were accused of gross misconduct, the JSC had to undertake an investigation in order to vindicate the judges who were innocent and to condemn those who were not.

Hlophe, who opposed the application, accused FUL if having an attitude that it knew better and simply dismissing the attitude of the judges concerned as being irrelevant. The court was told that Hlophe had no intention of pursuing his counter-complaint against the Constitutional Court judges and that the judges had also accepted the JSC's findings.

No merit
Judge Peter Mabuse ruled against FUL on every legal argument raised in support of its application.

He stressed that it was not the court's duty to determine the veracity of the complaint and counter-complaint, but to establish if the JSC had followed the procedure laid down in its rules when it considered the complaints.

Mabuse said he was satisfied that there was no merit in FUL's complaint that two of the commissioners involved in the decision -- Andiswa Ndoni of the Black Lawyer's Association and advocate Ismail Semenya of Advocates For Transformation -- were biased and should not have participated.

He found that the JSC had been properly constituted and entitled to make the decision it took not to continue with the matters. The decision was also supported by the majority of members.

Mabuse said he agreed with the argument advanced by the JSC that it was objective in considering and determining the complaint and counter-complaint and found that the decision had been rational.

"... Having considered all the evidence, the JSC found that there was no prima facie evidence which, if proven, could establish a case of gross misconduct against anyone of the parties.

"That is the end of the inquiry by the JSC.

"It would be wrong for the JSC to extend its inquiry beyond what it was required to do," Mabuse concluded. -- Sapa

Now we can see how bias leads to racism!

The Brother's Club is getting stronger by each complaint!
Posted by Sonny Cox at 10:35 AM