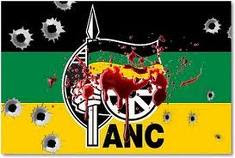 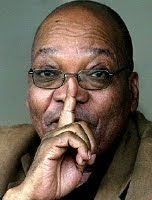 Dec 23, 2010 11:43 AM | By Sapa
The Mail & Guardian said on Thursday it would oppose President Jacob Zuma's application for leave to appeal last week's Supreme Court of Appeal ruling ordering him to hand over a report on the 2002 Zimbabwean election to the newspaper.


"Our attorney spoke to his state attorney on Tuesday and he confirmed that they will seek leave to appeal. We will oppose their application," Mail & Guardian editor Nick Dawes said.

Dawes said Zuma had until January 6 to serve documents asking for leave to appeal, and the weekly had to respond by January 20.

He expressed disappointment at the latest development in the newspaper's long court battle to get Zuma to release the Kampepe-Moseneke report, believed to confirm widespread abuse during the poll that returned President Robert Mugabe to power.

"We are disappointed. Two courts have given very clear rulings and both have found that the president failed dismally to prove a need to keep the report secret."

The appeal court last Tuesday dismissed the presidency's challenge to a North Gauteng High Court order that Zuma hand the newspaper the report commissioned by then president Thabo Mbeki before the 2002 elections in a strife-torn Zimbabwe.

SCA Judge Robert Nugent said the court had to be satisfied that secrecy was justified and the presidency had failed to establish cause for refusing access to the document.

Dawes said it was time for Zuma to comply with the court judgments.

"I really think that what the president ought to do is save some public money, show some commitment to transparency and the PAIA (Promotion of Access to Information Act) process and hand it over."

The legal wrangle is set against a background of unhappiness with the Protection of Information Bill, which introduces lengthy prison sentences for publishing classified documents, and the ruling party's plans to establish a state tribunal to regulate the press.

Labels: ANC hurt by the truth