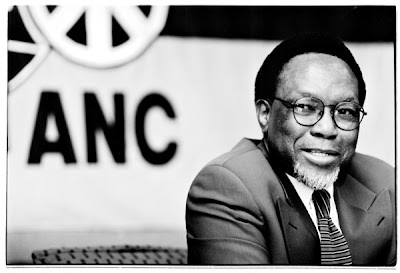 December 21 2010 at 07:40am
By Michelle Jones, Peter Fabricius and Reuters
Comment on this story

Ken Geraghty/www.alientv.co.za
Cape Town journalists Chris Everson (left) and Anton van der Merwe (centre) return home tomorrow after being detained in a Somaliland jail for 10 days suspected of being mercenaries. In this photograph, taken some years ago, they are with fellow journalist Ken Geraghty (right) of Alien TV at the Ngorogoro crater in Tanzania.
Two Cape Town journalists detained for 10 days in Somaliland as suspected dogs of war after the plane on which they were passengers was found to be loaded with military equipment are to return home this morning.

They were released by the Somaliland government yesterday after a South African intermediary intervened.

Christopher Everson and Anton van der Merwe were arrested on December 10 when the aircraft landed in Hargeysa in the breakaway state of Somaliland, officially part of Somalia.

They were well known for their work, albeit separately, covering the Trojan Horse outrage in Athlone in October 1985 in which security force members shot dead three people and wounded 13 others.

Everson’s footage of the shootings was credited with serving to strengthen the resolve of international communities to move against apartheid.

Everson, who was then working for CBS News, won an Emmy for his coverage. He has since won three more.

His wife, Su, told the Cape Times the pair were expected to arrive in Johannesburg from Nairobi last night. They would fly to Cape Town later this morning.

She was reluctant to comment and said Everson would speak to the media today.

“I don’t want to give out information that is not correct,” she said.

Everson had every right to speak for himself, Su said. She slammed the press, saying it had failed to report accurately what took place, but declined to set the record straight.

According to initial reports, Everson and Van der Merwe were working for Moonlighting Films, a film production company based in Cape Town.

Theresa Ryan van Graan, of Moonlighting Films, refused to comment about Everson and Van der Merwe and did not confirm whether they had been working for the company.

Everson, a cameraman, and Van der Merwe, a sound recordist, had worked for some time as journalists.

The pair believed they were flying to Puntland to film counter-piracy operations in Bosaso and said that they knew nothing about the South African-linked security company Saracen International.

It was not clear yesterday whether Saracen International was in Bosaso to train Somalis to counter pirates or to protect an oil-drilling operation that was about to begin.

The aircraft, carrying military uniforms and other non-lethal military equipment, took off from Entebbe, Uganda, on December 10 and landed in Hargeysa to refuel before flying on to Puntland.

It declared its cargo as clothing and car parts. Suspicious Somaliland authorities investigated and found the military gear. They detained the six Russian crew members and the two South Africans.

Until Sunday, Somaliland’s Air Transport Minister Mohamed Hashi Abdi was saying the two South Africans would be charged with falsely claiming to be journalists.

Moonlighting Films supplied the two journalists to SPA for the assignment, according to sources.

The families of Everson and Van der Merwe had asked the South African government to help release the two men.

Iqbal Jhazbhay, a Unisa academic and expert on Somaliland with close contacts to the Somaliland government, helped Pretoria to reach the government.

It is understood that the United Nations, which investigated the incident, also confirmed that Everson and Van der Merwe were bona fide journalists.

The UN probed the incident because all of Somalia is under a UN arms embargo. As a result of the investigation, the six Russian crew are to be charged with breaching the embargo, sources have said.

We can guess who had them arrested?
Posted by Sonny Cox at 12:14 AM

Labels: Freedom of the Press