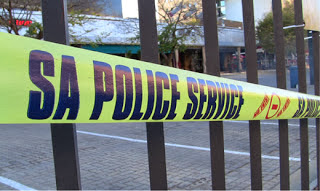 Crime researchers have questioned the validity of statistics showing a decline in serious and violent crimes, The Times newspaper reported.

Referring to “remarkable decreases” in particularly the Pretoria policing areas of Erasmia and Wierdabrug, University of SA criminologist Rudolph Zinn said the dramatic drops in crime were unexplained.

“When one asks for an explanation, none is provided. On top of this, whatever is being done ‘right’ is not rolled out to other stations in their policing cluster,” Zinn told the newspaper.

Releasing the statistics yesterday, Police Minister Nathi Mthethwa said crime was down in most categories in 2011/12.

There were declines in all seven categories of contact crime – murder, attempted murder, sexual offences, assault with intent to do grievous bodily harm, common assault, aggravated robbery, and common robbery.

Zinn said the absence of reasons for a decrease in crime cast serious doubt on the methodology used to gather and record information and “must be queried”.

Institute for Security Studies researcher Dr Johan Burger said the rate at which some crimes were declining or even rising was worrying.

“The rate has been more than halved. The police are nowhere near their targets, with some categories of crime, such as business robberies, increasing.

He said it was vital that external audits be conducted on the crime statistics so that accurate information could be documented.