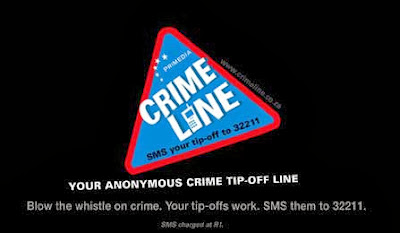 The curious case of Matthew Machin

Machin launched no less than six legal challenges in the Fidentia and Cadac Pension Fund (CPF) cases against Tony Mostert, curator of the CPF and other related parties, in what is described by Mostert as a ‘smear and frustration’ campaign against him. To date, none of these actions have succeeded.

Mostert initiated the application for his sequestration in the Western Cape High Court as Machin was unable to repay a debt of R10.7m to the Cadac Pension Fund. Another creditor brought a second application in KZN, and on September 5 2013 a final order of sequestration was granted.

A paper trail in Moneyweb’s possession links Machin to Cadac CEO Simon Nash and to Fidentia’s J Arthur Brown. A string of emails suggests that Lance Rothschild, Nash’s public relations manager, invited Machin and Brown to form an alliance with Nash to resist the efforts of the Financial Services Board (FSB) and the curators of the CPF and Fidentia. Rothschild denies this.

He told Moneyweb that our story is: “entirely and factually incorrect, and credits me with a far larger role than I have played.” Rothschild explains: “I approached Brown on Friday 5th August 2011 with a view to sharing information on the basis that Nash (who is my client) was engaged in a battle with the same adversary as Brown (the FSB), and on the basis that “the enemy of my enemy is my friend”.

“I approached Brown without the instruction of my client and in the belief that I could possibly share information with him, as like Simon Nash, he was also being vilified in certain media.”

Mostert told Moneyweb, “Machin involved himself in an attempt to assist Brown and Nash with a smear and frustration campaign against myself as a curator of delinquent pension funds, the Financial Services Board (FSB), the South African Police Services (SAPS) and the National Prosecuting Authority (NPA), entities involved in the investigation and/or prosecution of Brown and Nash with regard to criminal charges of fraud and theft from pension funds in which losses amounted to hundreds of millions of Rands.”

Machin and Nash have levelled criticism at Mostert for what they regard as ‘profiteering’ off his curatorship appointments. Mostert says that these allegations are unfounded. He told Moneyweb that his fees are regulated by Orders of Court and by the FSB.

Says Mostert: “Machin believed he stood to gain financially from his ‘specialised expertise’ in orchestrating the smear campaign to assist Nash and Brown.” This also involved Machin embarking upon six court actions between January 2011 and last month, which Mostert has described as “vexatious and contrived litigation”.

He failed outright in three of these actions and is facing failure in the rest.

If this was indeed a campaign, as Mostert termed it, it was not very successful.

Unfortunately this campaign has “wasted millions of Rands in costs and inordinately delayed the progression of the Cadac Pension Fund curatorship,“ said Mostert.

The website registrant is Rapotomax (Pty) Ltd whose address is the same as that of Machin’s company, Carter and Kloof, in Milnerton, Western Cape. Moneyweb was unable to find this company on the CIPRO register.

Now that Machin has been finally sequestrated, his standing in law to continue with these lawsuits or to initiate further litigation is severely curtailed.

J Arthur Brown had not responded by the time of going to press.

Attorney Renen Padayachee responded on behalf of Machin saying that the sequestration order only affected his client’s South African estate.

High Court: finalised: July 31 2012
1. Machin asked the South Gauteng High Court to set aside the R10.7m judgment. On July 31 2012 the court dismissed his application and granted a punitive costs order against him.

Supreme Court of Appeal: finalised: August 20 2012
2. CPF provisional curator Mostert obtains judgment against Nash’s attorney June Marks on January 9 2012 for R10.7m. On the same day Machin enters the scene and provided an “Indemnity & Subordination” to the CPF for the R10.7m debt.

Machin and Marks attempt to appeal the South Gauteng High Court (SGHC) judgment against Marks, firstly to the full bench (three judges) of the (SGHC) and then to the Supreme Court of Appeal. The appeal was dismissed and with a punitive costs order.

High Court: In default: July 262013
3. Machin proceeds to sue the FSB and some of its officials for R2.5bn in damages. He had until July 26 2013 to take the next step in the litigation. He failed to do this and the FSB is now entitled to ask the court to dismiss the case with costs.

High Court: Finalised: August 9 2013
4. Machin launched a High Court application to have Mostert removed as the provisional curator of the CPF. It was to run concurrently with Nash’s similar application. On August 9 2013, on the eve of the hearing, for which a judge had been allocated for five court days, Machin withdrew the case and offered to pay Mostert’s costs.

High Court: In default: September 9 2013
5. On September 9 2013 an attempt by Arthur J Brown and Machin (through Machin’s company Carter and Kloof) and others applicants, to set aside the Fidentia curatorship was called in court and not proceeded with by the applicants. The FSB then asked Western Cape High Court Acting Judge Diane Davis for a judgment dismissing the action, plus a punitive costs order against them.

High Court: In default: September 12 2013
6. On May 24 2012 Machin sued the individual partners of Mostert’s law firm, Johannesburg Advocate Lucas van Tonder and the FSB for R50m for alleged damages. The court set aside the Particulars of Claim and gave Machin until 19 September 2013 to file new Particulars, failing which his case would automatically be dismissed with costs.

A war of words has broken out between Tony Mostert, the provisional curator of the Cadac Pension Fund (CPF), and Simon Nash, executive chairman of Cadac.

Mostert has also cautioned CPF members not to become party to what he described as a “smear and frustration campaign” instigated by Nash and his wife Elena Forno-Nash, former trustees of the CPF.

Moneyweb is in possession of a dossier that points to Nash having abused the CPF for his own ends. It contains an explosive affidavit by Nash’s former attorney, June Marks. The documents point to what looks like a sinister conspiracy by Nash to subvert the rules of the CPF for his own benefit to the detriment of some thirty-five existing members and thirty-five pensioners.

Nash, in three emails to Moneyweb, vehemently denies this. Nash: “Every single approval required for any single action taken by the CPF was authorised by every trustee at various times over 12 years and this in fact was a period where there were approximately 10 other trustees.”

We put Nash’s emails to Mostert.

His response, and the reasons for not publishing Nash’s emails, can be read here.

There are also some eight hundred former CPF members who may become entitled to share in the surplus. It is estimated to be in the region of R30m. Investigations are still in progress and further recoveries may be made.

The CPF was placed under curatorship in December 2010 by the North Gauteng High Court with Mostert being appointed provisional curator on the recommendation of the Financial Services Board (FSB).

In a letter dated 11 July 2013, Mostert cautioned CPF members not to become party to a smear and frustration campaign, allegedly instigated by Nash and his wife.
The curatorship order divested Nash and Forno-Nash of their powers as trustees.

Mostert disclosed to CPF members that Nash had instructed Johannesburg attorneys Werksmans in October 2010, after having received notification of an inspection of the CPF’s affairs by the FSB, to limit the scope of investigations and to delay applications into the affairs of the Fund. This was prior to Mostert’s appointment.

Prior to Mostert’s appointment, Werksmans were instructed by Nash and Forno-Nash in September 2010 to represent them, the trustees and other staff in a criminal investigation by Saps Captain Jan Judeel into the legal fees paid by the CPF to attorney June Marks. This was paid for by the CPF.

Mostert successfully sued Marks, and her law firm June Marks Incorporated, for the recovery of R10.7m in respect of legal fees paid to her by the CPF. According to Marks, these included legal fees relating to Nash’s personal criminal trial and personal civil litigation.

The Supreme Court of Appeal (SCA) dismissed the petition by Marks against the judgment of the High Court. Mostert has judgments against Marks totalling R10.7m.

Moneyweb has an affidavit dated July 2013 by Marks in which she says, “Nash “required” a nil surplus to be reflected in order to avoid an investigation into the Cadac Fund after he isolated an identified surplus amount and removed all members from the Cadac Fund … to do a surplus distribution.”

Mostert’s letter to the CPF members came about as a result of a letter addressed by Nash to his attorney, Darren Willans of Werksmans.

It was dated March 11 2013 and written on a Cadac letterhead and signed by 37 employees of Cadac, including Nash and Forno-Nash. The signatories all have @cadac.co.za email addresses.

Mostert believed that Forno-Nash was intercepting his emails to CPF members, which meant that they could not be apprised of their rights. Mostert pointed out in his letter to CPF members that the fund also had pensioners and that they were not signatories to the letter. Members of a pension fund are employees whereas pensioners are those who have retired from the company.

In line with Nash’s instructions to Werksmans, his emails also disclose an arrangement to confine Mostert to administrative tasks, as opposed to executing investigations into the reasons why the court placed the fund under curatorship. Nash is the personal guarantor of fees incurred by Werksmans in opposing Mostert’s final appointment as curator of the Cadac Fund.

Paragraph 18 of Mark’s affidavit reads: “I am personally aware that Nash instructed Werksmans attorneys with Cadac Fund money to obstruct the FSB and Mostert with regard to an investigation into the affairs of Cadac.”

Attorney Darren Willans of Werksmans told Moneyweb that they only acted for Nash in his capacity as a CPF trustee and not personally. This is at odds with what Marks says in her affidavit. Willans’s gave Moneyweb his unsigned court affidavit in support of his contentions.

Read June Marks’s 75 page affidavit here (and below the article).

According to Mostert, R4.3m of CPF monies were recovered directly from attorneys Werksmans and Cowan Harper. He told Moneyweb that so far R7.6m of the R14m awarded has been secured.

In his letter to CPF members, Mostert urged members to give careful thought to their decision to align themselves with Nash.

He pointed out that, as employees, they were reliant on Nash’s goodwill to keep them employed. According to Mostert, Nash:

Mostert told the members that Nash had hired attorney June Marks, “to find ‘loopholes’ in the surplus legislation to give effect to a surplus removal from the CPF.”

This would have seen 75% of the CPF’s surplus to be repatriated to Cadac (Pty) Ltd.

In his letter, Mostert suggested that members ask why Nash and his newly appointed CPF trustees were unable to explain why R10.7m was paid by the CPF to attorney Marks for Nash and Cadac’s personal civil and criminal litigation.

Cowan Harper had not responded by the time of going to press.