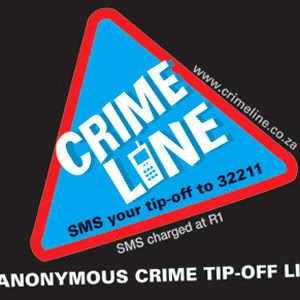 She said Phiyega had been hired because of her managerial skills, but that she was failing to deliver.

The DA intended writing to President Jacob Zuma to ask him to institute a board of inquiry into her fitness and capability to head the police.

"Her latest blunder this weekend over senior appointments shows that she is totally out of her depth and is taking the SAPS down with her," said Kohler-Barnard.

She was referring to Phiyega's appointment of Major General Bethuel Mondli Zuma as Gauteng police commissioner.

The appointment was later withdrawn when it was found that Zuma faced a charge of drinking and driving.

Kohler-Barnard said Phiyega's attempts to rectify her weekend error were proving her incompetence.

"Firstly, she claimed that SAPS background checks are more stringent than most organisations. This is clearly not the case if a simple Google search revealed Zuma’s charges within minutes.

"Secondly, she has now backtracked even further on his appointment by saying that these appointments were 'provisional'. If this were the case, then why make the announcement in the first place?"

Zuma, who is not related to President Zuma, was to have replaced Lieutenant General Mzwandile Petros, whose last day as provincial commissioner was on Saturday.

The SAPS said Zuma had been permanently withdrawn from the post, and would face disciplinary hearings after failing to declare the pending charges against him.

Kohler-Barnard said Phiyega's appointment had been disastrous from the beginning.

She had failed to take responsibility when the police shot dead 34 striking mineworkers near Lonmin's platinum mine in Marikana last year, and she had failed to address police brutality, Kohler-Barnard said.

"Richard Mdluli remains on suspension year after expensively-paid year on her watch with disciplinary proceedings yet to take place, and the Crime Intelligence Unit [CIU] is in tatters; and she has failed utterly to take decisive action following the SAPS criminality audit and dismiss all those members found to have criminal records."

‘Phiyega a mistress of disaster’

The Congress of the People (Cope) has also called for Phiyega to step down.

"Phiyega is a mistress of disaster and more calamities will take place as long as she continues to lead this ministry," said Cope spokesperson Mluleki George.

The Economic Freedom Fighters (EFF) blamed President Zuma for the mishaps in the police service.

"Under President Zuma, South Africa has turned into a banana republic where senior appointments are done without proper security check-up on the individuals who are supposed to lead the fight against crime," said EFF spokesperson Mbuyiseni Ndlozi.

The Congress of SA Trade Unions (Cosatu) said the weekend blunder had caused concern about the SAPS's information gathering.

"This concern is reinforced by the revelation in Parliament that there are 1 448 serving SAPS officers who have been found guilty of serious offences like rape, attempted murder, corruption, fraud and assault," said Cosatu spokesperson Patrick Craven. 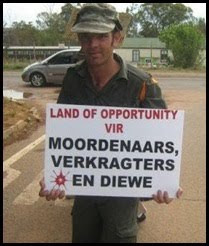 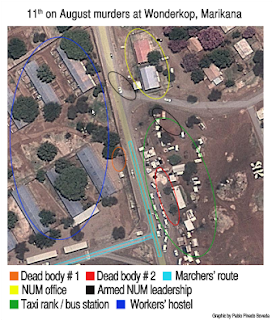 Hugh Glenister v President of the Republic of South Africa and Others
Case CCT 28/13
Date of Judgment: 14 June 2013
MEDIA SUMMARY

The following explanatory note is provided to assist the media in reporting this case and is not
binding on the Constitutional Court or any member of the Court.

Today the Constitutional Court handed down a judgment refusing an application to amend an
order handed down by this Court in Glenister v President of the Republic of South Africa and
Others [2011] ZACC 6; 2011 (3) SA 347 (CC); 2011 (7) BCLR 651 (CC) (Glenister II).
Glenister II dealt with an application, brought by the applicant in the current case, to determine
the constitutional validity of the National Prosecuting Authority Amendment Act (NPAA Act)
and the South African Police Service Amendment Act (SAPSA Act).
The applicant was
successful in his challenge, and the Court ordered the respondents to pay the applicant’s costs,
including costs of two counsel, in the High Court and in this Court. However, the costs order
made no provision for the qualifying fees of an expert witness.

The applicant contends in this Court that while the costs for the expert witness were requested,
neither the majority nor minority judgments in Glenister II make reference to whether the costs
of an expert witness should be included in the costs award against the respondents. The
applicant argued that costs should follow the outcome because the services of the expert witness
were both necessary and useful.

In its judgment, the Court reasoned that, in Glenister II, it was tasked with determining the
constitutional validity of impugned statutes, a determination which is well within its competence.
The Court placed no reliance on the expert witness in reaching its conclusion because the
expert’s testimony was of no “appreciable help” in deciding the issues. There was therefore no
reason to include the qualifying costs of an expert in the order of Glenister II. The application
was dismissed with no order as to costs.