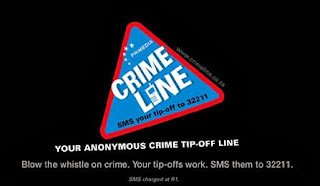 JOHANNESBURG – Investors in Nova Group Investments have been cautioned against pursuing complaints with Fais Ombud Noluntu Bam. Investors have been warned that if they pursue their complaints, they may forfeit their rights to investment returns or repayments from the Nova Group.

The Nova Group has approximately 33 000 investors who acquired shares or debentures as a result of the restructure of property syndications promoted by Sharemax Investments.

A key feature of the Sharemax-promoted investments was the relatively high income paid to investors. However, under the new Nova structure, income has, on average, all but dried up, and there is virtually no market for the shares or debentures.

The current state of affairs may be preferable to liquidation, but it is still a far cry from the returns that were promised to investors by financial advisers. This has prompted a number of investors to lay complaints against their financial advisers with Fais Ombud Noluntu Bam. Complainants allege that financial advisers were motivated by high commission and failed to disclose the risky nature of the Sharemax-promoted investments.

Some of these complaints have already been successful, with Bam ordering financial advisers to repay investors’ capital with interest. Once the capital is repaid, the financial adviser is entitled to ownership of the client’s Nova debentures or shares.

However investors may consider withdrawing their complaints with the Fais Ombud. This comes after Nova Group managing director Dominique Haese distributed a letter to investors known to have submitted complaints. A copy of the letter can be downloaded here.

In the letter, dated August 6, 2013, Haese warns that if investors persist in their complaints with Ombud, they “may have chosen to abandon and repudiate” their “interests, rights and/or claims” that arose out of the restructuring.

The logic of Haese’s statement appears to be that Sharemax investors voluntarily chose to abandon their claims against the syndication companies in favour of shares and debentures issued by the Nova Group and its subsidiary. Thus, if these investors wish to continue to pursue a claim against the old Sharemax structure, they are effectively forfeiting a claim against Nova.

The counter-argument is that the Sharemax restructure should not prevent investors from seeking compensation for bad investment advice.

When Moneyweb columnist Magnus Heystek became aware of Haese’s letter, he posed the following questions to her:

In the letter to debenture holders you threaten [debenture] holders with the possibility of them forfeiting their ownership rights in the debentures and or shares that they may have in the Nova Property Group should they lodge a complaint against their investment advisor. On the basis of what law do you make such a claim?
Why should you be concerned whether investors lodge or have lodged claims against their investment advisors?
If such rights were to be forfeited to whom will it be forfeited if you should you be correct in your assessment?
These questions were posed on September 2, 2013. Heystek did not receive any acknowledgement or reply.

Haese’s caution against Fais Ombud complaints is supported by a letter to investors jointly authored by Derek Cohen, trustee of the Nova Property Group Investments Debenture Trusts, and Hans Klopper and Connie Myburgh, joint receivers for the Nova Group schemes of arrangement. The letter is dated August 2, 2013. A copy can be downloaded here.

In the letter, Cohen, Klopper and Myburgh write that “…the Nova Group may adopt the view that it is not obliged to make payment of ‘investment returns’ and/or ‘investment repayments’ (as provided for in the Schemes [of arrangement]) to Debenture Holders having adopted and initiated procedures with the Ombud to seek satisfaction for their alleged ‘losses’ and to obtain payment of ‘income’ or repayment of ‘capital’ historically invested, through their now chosen process of approaches to and/or complaints lodged with and/or processed by the Ombud…”

The trustee and receivers stressed that they were not able and/or willing to provide investment and/or legal advice to investors. They strongly suggested that investors seek independent legal advice. However, this is cold comfort to investors, many of them pensioners, who can’t afford legal advice as a result of their investment in a Sharemax-promoted property syndication.

The very purpose of the Fais Ombud’s office is to provide an affordable way to recoup losses resulting from poor financial advice.

The Fais Ombud’s office has declined to comment on the contents of the abovementioned letters.

Moneyweb asked Klopper on what legal basis the Nova Group could deny debenture holders their rights to investment returns and/or repayments. Klopper replied that the letter is self-explanatory and that he had nothing to add.

In her letter, Haese takes a swipe at media reporting on the Nova schemes of arrangement. She writes: “It would be unfortunate if you had relied on media reporting, which have virtually without fail proved to have been incorrect, as such reliance have proved to result in uninformed and even destructive actions and decision making.”

Prior to publication a draft copy of this article was sent to Haese with the invitation to correct possible factual errors and offer comment. Haese’s full response follows:

Unfortunately, your “reporting” remains, in the main, incorrect, misleading and confusing.

Kindly do read the Schemes of Arrangement and related documentation, sanctioned by the High Court nearly 2 years ago, for clarity and correctness, and specifically, before any incorrect assumptions are made by you in respect of Significant Contracts and/or Settlements, as all are disclosed in the Schemes in great detail and subsequently accounted for appropriately in relevant accounting records.

A proper interpretation of the Scheme documentation will give you a correct understanding.

If you had any intention to correctly, positively and on an unbiased basis, report on any of the affairs of the historical Sharemax Group, the restructuring process and events following, one could have been inclined to assist you in understanding correct facts and reality. Unfortunately you have shown not to be susceptible to anything that resembles correct factual reporting and/or reality and consequently no measure of assistance will be of any benefit.

Pierre du Plessis • a day ago
Why are they not in jail? How can they be directors?
20

Avatar
Dazed • a day ago
I am amazed that, regardless of the merits of this argument about rights to any assets and income viz complaints to the ombud, that some of the same people responsible for creating the house of cards are still running the show albeit under a different name and are still living in denial about how much capital they are losing/ have lost for unsuspecting investors and still blaming the media for their failure!!
19 •
Avatar

Observer • 20 hours ago −
Ms Haese are you not supposed to be in jail at this stage of proceedings?
8 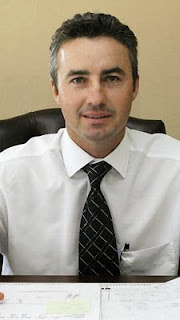 Avatar
Chrisjan Botha Observer • 18 hours ago
Not possible at the moment as it has changed to a she...

In her letter, Haese takes a swipe....
1 •Reply•Share ›
Avatar
Dodger • a day ago
In my next life, I'm coming back as a "connected" business rescue practitioner...
5