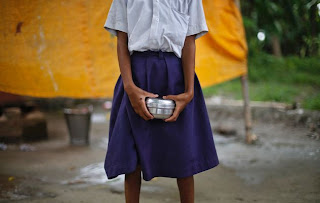 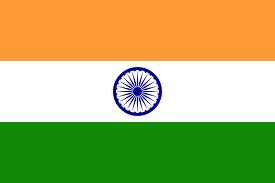 A school girl holds a container to receive her free mid-day meal, distributed by a government-run primary school, at Brahimpur village in Chapra district of the eastern Indian state of Bihar.Image by: ADNAN ABIDI / REUTERS

The village school in India where 23 children died by poisoning last week had been providing lunch under a government-sponsored scheme without checks or monitoring by local officials to see if the food was stored carefully or cooked properly.

The perfect way for terrorists to take out a Nations Orphaned Youth?
Who will accept accountability here?
NOBODY OR NO ONE!!
THE INDIAN STATE IS ACCOUNTABLE!