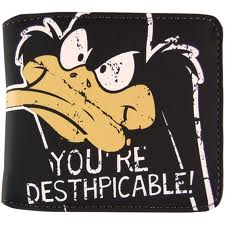 A NORTH Gauteng High Court judge has set aside the convictions of two men because no record could be found of their trial in the Meyerton Magistrate’s Court more than 11 years ago.
14 March 2013 | ILSE DE LANGE

Thabo Masiya, Johannes Tsotetsi and Evelyne Motaung went on trial for the unlawful possession of stolen goods and were apparently convicted in 2001.
Their trial was, however, never finalised because the three accused failed to appear in court and warrants were issued for their arrest.A warrant for Tsotetsi’s arrest was only executed 11 years later in November 2012, but the other two were not re-arrested.The original charge sheet could not be found, nor was there any indication of what had happened in the case prior to the issuing of the warrants of arrest.The erstwhile prosecutor was no longer available and the magistrate had no recollection of the particular case.Because the record of the trial went missing, no court was in a position to sentence the accused or bring their trial to finality.The magistrate who presided in the case requested that Tsotetsi’s conviction be set aside and that he should be tried again.Judges Bill Prinsloo and Andre Louw said that a trial which stopped at conviction without being concluded could not be said to be fair and would therefore be unconstitutional.He said it would be even more unfair to charge a person for a second time where his trial could not be finalised because the court records have, through no fault of the accused, gone astray and could not be reconstructed.

I was involved in a similar situation where an accused was found 'IN PRISON' and prosecuted after 6 years.
The police were reluctant to proceed with the prosecution and wanted to know from me if I wanted to pursue the case?
I insisted that the case be finalised in court.
On conviction the accused previous convictions (SAP 69's WERE REMOVED FROM THE POLICE DOCKET) and the accused was convicted as first offender and received a suspended sentence.
He had been traced in "Prison" where he was serving time on another conviction.
CRIME REALLY PAYS IN SA WITH A LITTLE HELP FROM A FRIEND!
In this instance the CONSTITUTION only served the CRIMINAL!