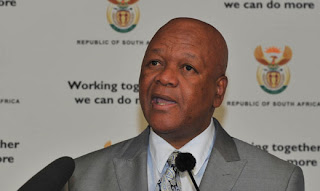 Previously, the minister claimed that the unit would get a new permanent head by the end of February.

The unit has been without a permanent boss for the last 14 months.

Speaking before Parliament's Portfolio Committee on Justice in Cape Town, Radebe said he was certain than an appointment was imminent.

He would not give any more details.

In August 2012, Radebe used the exact same phrase when questioned on the issue.

He claimed the SIU would get a new permanent head imminently, but that did not happen.

The final decision on who will head the organisation is up to President Jacob Zuma.

He has not explained the delay.