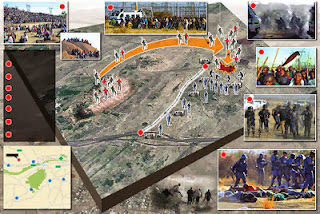 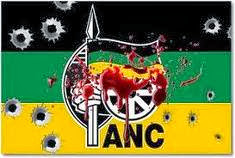 "What makes the revelations an insult to South African citizens, who foot the bill of the commission and the legal representation of the police --all at a cost of R500,000 per day -- is that there are clear attempts at undermining the outcomes of the Commission at our expense as a society.
inShare.0
ANGRY MOB: A Marikana general dealer said he ran out of pangas and axes because there was a marked increase in their demand by Lonmin mineworkers. The Farlam Commission of Inquiry heard that some of the mineworkers just snuck the weapons in their trousers and jackets. Photo: Sydney Seshibedi
The postponement of the inquiry into 44 deaths during labour unrest at Marikana last year, is an insult to South Africans, Citizens4Marikana said on Thursday.

"What makes the revelations an insult to South African citizens, who foot the bill of the commission and the legal representation of the police --all at a cost of R500,000 per day -- is that there are clear attempts at undermining the outcomes of the Commission at our expense as a society.

"The fact that the police, at the expense of the taxpayer, has for over a year deemed it appropriate to withhold evidence from the Commission is a clear indictment of the officers involved," the group said in a statement.

Citizens4Marikana said the revelations by evidence leaders at the Farlam Commission of Inquiry confirmed the concerns that people had expressed over the "lack of integrity and transparency" of submissions made at the commission by the police.

On Thursday, the commission said there must be information police had held back that was discovered in the past 10 days.

"In the past 10 days we have discovered through the evidence leaders that there must be info that was not disclosed by the police that seeks to suggest that the information was withheld to try and portray a certain approach to the commission in relation to what has been discovered," spokesman Tshepo Mahlangu said.

He said the evidence leaders had passed judgment on the police without giving them a chance to explain.

"We regret the approach taken by the evidence leaders and undertake to give any and all answers to the concerns they have raised when the Commission resumes its work next week," Makgale said.

Previously, evidence leader Geoff Budlender, SC, asked that the commission be postponed to allow his team to examine the police evidence.

In Lt-Col Duncan Scott's version on a computer hard drive containing the police's evidence, "some documents have been added and some files we haven't seen before", Budlender told the commission.

He said the police team had been co-operative, but that the process of going through the evidence "could take some time".

Citizens4Marikana said the decision by the police to hide evidence impacted on the miners, security guards and police officers who were injured and killed last year and their families.

"Citizens4Marikana calls on the presidency to intervene with a decisive and clear solution that salvages justice and truth from increasingly disparate trappings of the commission, so that all those who have been deeply affected by this tragedy can heal and achieve recompense.

"Evil prevails when good people do nothing!" it said.

Citizens4Marikana is a group which came together through social media on the first anniversary of last year's violence at Marikana.

The commission postponed its proceedings until Wednesday next week.
( Sowetan )