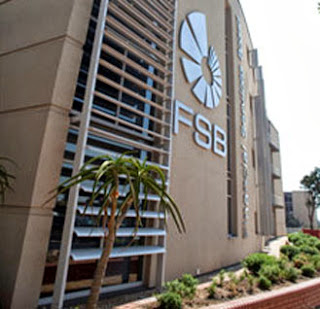 Investigations are lengthy and prosecutions few; thus prevention is better than cure.

If you fall victim to a pyramid scheme, it is unlikely that the authorities will have much success in getting your money back. Once liquidators and their attorneys have feasted on the carcass, there is seldom anything left for investors. Schemes are known to collapse long before the Reserve Bank has arrived at any conclusions of wrongdoing. And successful prosecution of perpetrators is rare.

Seemingly aware of these problems, the Reserve Bank has embarked on a campaign to educate citizens on how to spot and avoid pyramid, illegal deposit-taking, and other dubious schemes.

Educational advertisements will be aired on radio and television and journalists have been asked to assist in getting the message across. The campaign message is: Beware of oMashayana (crooks). If it sounds too good to be true, it probably is. Speak to your bank or an authorised financial services provider.

Speaking at a media briefing held in Johannesburg on Thursday, Hlengani Mathebula, Group Head of Strategy and Communications at the SARB cautioned the public against illegal deposit-taking schemes. Mathebula says these schemes target the vulnerable, such as pensioners and people who have available cash from bonuses, death benefits, RAF payouts etc.

But Mathebula also noted that the rich and financially savvy are not immune from pyramid schemes. It is difficult to forget the list of businessmen who were allegedly conned by Barry Tannenbaum for example.

Mathebula declined to answer a question asking him to list some recent successful prosecutions of pyramid-scheme kingpins. He acknowledged that the prosecutions issue is a “big problem”.

Similarly, Reserve Bank investigations into dubious scheme can take years, and the schemes are known to collapse before action can be taken. Mathebula responded that the length of investigations is the result of the complexity of the scheme in question. Mathebula says that it is important to be thorough, and follow every possible lead to ensure that the scheme does not resurface in another guise.

To illustrate the lack of faith some people have in criminal prosecutions, consider a recent statement made by Hans Klopper, the business rescue practitioner appointed to a number of property syndication schemes promoted by Pickvest (formerly Picvest and PIC Syndications).

The Pickvest syndication structure was placed under business rescue before the Reseve Bank could conclude an investigation to determine whether its schemes were illegally accepting deposits.

In response to a question about criminal prosecution, Klopper wrote: “Insofar as you have made reference to possible criminal prosecution we believe that this is fact the most unlikely of outcomes that will benefit the investors. Having said this, it has been brought to my attention that there has not been a successful criminal prosecution for a commercial crime in Gauteng during the last two years. It would, likewise, become a costly exercise and I am not sure how this will in any event benefit investors.”