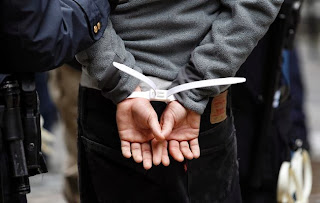 
The police are failing in their bid to fight some of the crimes South Africans fear most.

This was the initial response of experts to the release of the annual crime statistics in Pretoria today, where it was revealed that the murder rate nudged up 0.6% this year after an annual decline since 2007/’08.

Significantly, attempted murder has also increased 6.5% over the past financial year.

Gareth Newham, an analyst with the Institute for Security Studies, said the increases in murder, attempted murder, car hijacking, street robbery and house robbery showed that “government’s approach to crime is not working”.

“After a long period of decreases in serious and violent crime, these are the worst figures we have seen in ten years,” said Newham.

He said that there were 650 additional murders in these crime statistics, which translated to an additional two murders every day.

During the presentation, Police Minister Nathi Mthethwa, said the police “will work doubly as hard to ensure the slight increase is re-routed to the downward trends that we experienced over the past nine years”.

Concluding the presentation, Mthethwa said “whatever the difficulties and hurdles we (the police) may have experienced over the past year, SAPS shall succeed in its endeavours.

“However improbable it may sound to the sceptics, success is guaranteed.”