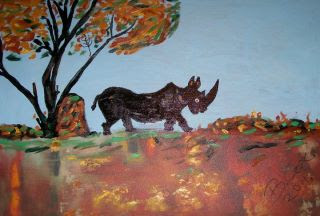 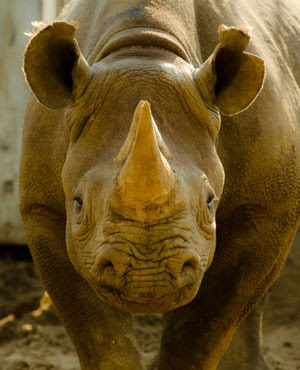 Police spokesperson Brigadier Hangwani Mulaudzi said the assets are believed to have been acquired by Jan Karel Pieter Els, from Thabazimbi, through criminal activities.

Els further lost his game farm in Thabazimbi, company shares, and the contents of his bank accounts.

In March this year Els was convicted of illegally dealing in 38 rhino horns in 2009 and 2010. He had bought seven rhinos from the Limpopo Valley Conservancy in Musina, informing the environmental affairs department that he was taking them to Thabazimbi.

"Instead he dehorned five rhinos without a permit in Musina and moved some without horns," Malaudzi said.
Els also bought 30 horns from a manager at the Maremani Nature Reserve in Musina, Tommy Fourie. All were taken to Thabazimbi without a permit.

"All the horns involved were never recovered, since he claimed that they were all stolen from his farm," Malaudzi said.

Despite his claims of innocence, Els was convicted of illegally dealing in 38 rhino horns with a total value of R11.4m. The court also ordered him to pay R1m to the National Wildlife Crime Reaction Unit fund.

Els asked for leave to appeal, but this was turned down. He is currently serving a 10-year sentence at Sinthumule Kutama Prison. Two of those years were suspended.

Fourie committed suicide in November 2010, after being arrested with Els.

Friday's asset seizure was a joint effort between the endangered species unit of the Hawks, the National Prosecuting Authority, the Asset Forfeiture Unit, and Environmental Affairs.


Cape Town - South Africa is considering whether to approach the international community with a proposal to trade in rhino horn, Environment Minister Edna Molewa told MPs on Wednesday.

Opening debate in the National Assembly on her department's budget, she said this included engaging "major role players, including international and regional partners [and] potential consumer states".

Molewa's remarks come 10 months ahead of the 16th congress of the Convention on International Trade in Endangered Species (Cites), set to take place in Bangkok, Thailand, in March next year.

According to reports, South Africa is sitting on an estimated 20-ton stockpile of rhino horn; some of it in private hands, some stored by conservation authorities.

The price of the horn, should the Cites moratorium on trade be lifted, has been estimated at more than R500 000/kg.

Molewa has declined to say how much rhino horn is held by government-managed parks and reserves.

"Due to security risks, the department cannot publicly announce the amount of stocks being held by these agencies," she said earlier this year.

On Wednesday, she said her department was involved in an "extensive" preparatory process ahead of the Cites congress.

"This will include discussions on whether or not to approach the international community with a proposal to trade in rhino horn."

On the rhino poaching crisis in South Africa, Molewa said 199 rhino had been killed so far this year.

"We are very, very deeply concerned," she told the House.

Earlier, briefing journalists at Parliament, Molewa said South Africa would not table a document at the next Cites meeting calling for the rhino horn trade moratorium to be lifted.

"No, not this time around. We are still considering all options, as well as probabilities towards that direction. We have not decided yet. Let it be clear.

"We are still doing some very serious work in analysing whether we need to move in that direction or not."

Among the things that needed to be done before trade could be resumed was "to ensure we get to know who the partners are on the other side".

Policies had to be in place "that do not allow any shenanigans to operate in the system," Molewa said.

"There are just too many things to do before we can place the discussion before the conference of parties. We are not yet there."